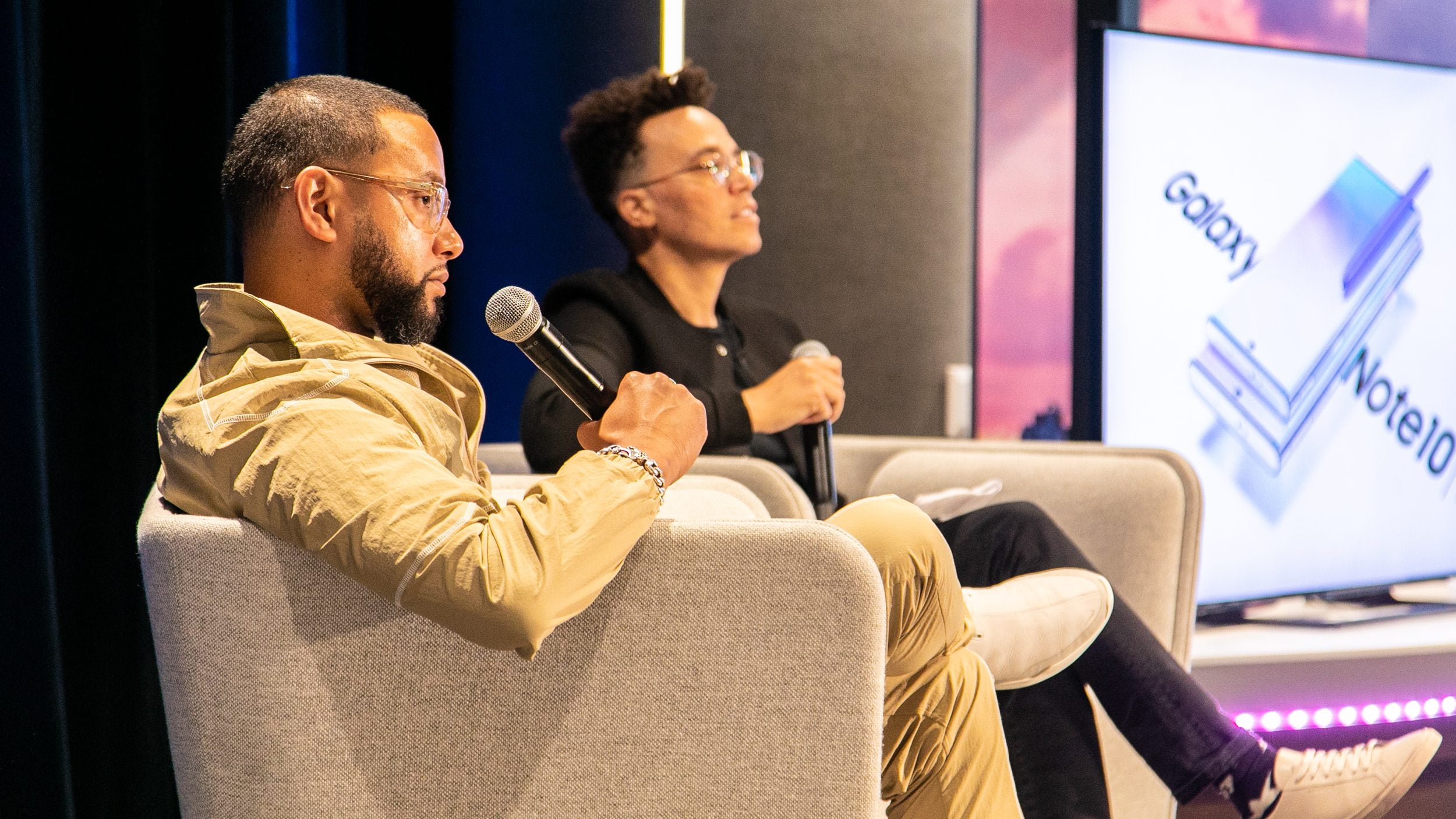 Innovative Canadian director and creator Director X was at the Samsung Experience Store in Toronto last week, sharing details about his work, how he’s collaborating with Samsung Canada, and more.

Sitting down with photographer Taha Muharuma, Director X spoke about how he made a name for himself, working with icons like Drake, and his new mindfulness app, Operation: Prefrontal Cortex. The two also talked about how the Samsung Galaxy Note 10+ makes a lot of things easier for creators, including shooting and editing video on-the-go.

It was fascinating to hear some of his stories, especially in realizing he had a very different, alternate version of his video for Drake’s “Hotline Bling”. He also comes across as a really down-to-earth, funny, fascinating guy, which is the most Canadian compliment I can give, I think.

“I wrote two concepts for ‘Hotline Bling’,” Director X said. “One of them was the one you saw, and the other one was based on [the movie] Silver Linings Playbook, and it was going to be Drake [laughs] in a dance-off with his ex-girlfriend.”

His second concept was based around a narrative-driven concept, that ties into the lyrics, and he thinks that directors should always focus to either bring the lyrics or the mood to life.

The real highlight from the day for me though was his origin story. He started out, back in the day, carrying around a VHS highlight reel that he cut after hours at MuchMusic. That tape eventually got him the job that would set the stage for his career, but as he put it, it came by fighting to be seen.

Watch the video below for highlights from the event, including more about the Galaxy Note 10, and Operation: Prefrontal Cortex.

This video was shot with the Samsung Galaxy S10 using the new, foldable DJI Osmo Mobile 3.