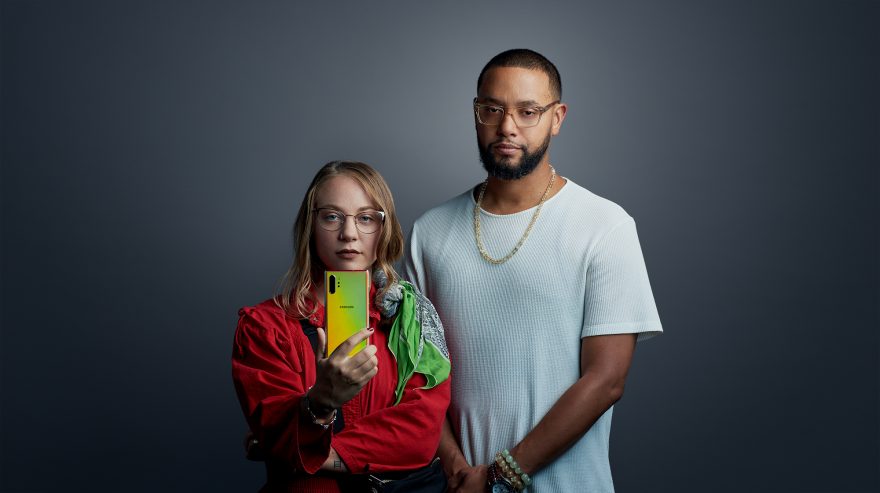 Director X has worked with some of the biggest names in the music industry–including Drake, Rihanna, and The Weeknd–and now he’s sharing his expertise with an up and coming group of creators thanks to Samsung Canada and their #PowerUp campaign.

Sitting down to talk about the project, Director X had his Samsung Galaxy Note 10+ in hand, and referred to it throughout the interview. As he said, creativity is at the core of any great director’s talent, but with a device like the Note 10–that can shoot 4K, underwater, in slow motion, and stabilizes too–there are a lot more possibilities.

“Each project speaks a bit to filmmaking, where filmmaking is going, the new platforms, the new realities of what it means to create content in this time, and letting it go from there,” Director X said.

On set, he mentored the creators to get the most out of talent, and at the same town, how he works to motivate directors as well.

Samsung has teamed up with so.da and Director X’s Popp Rok for this campaign, and will feature videos by Justin Abernethy, Justin Singer, and Kat Webber.

For each creator, they’ll work to capture a memorable music video using the Note 10, and each of them will work with in a different format.

Watch the interview with Director X and then scroll down for a peek at the creative process behind #PowerUp. The first video will be Kat Webber’s “No Doubt” music video for Canadian artist Liz Lokre, and it debuts on October 10.