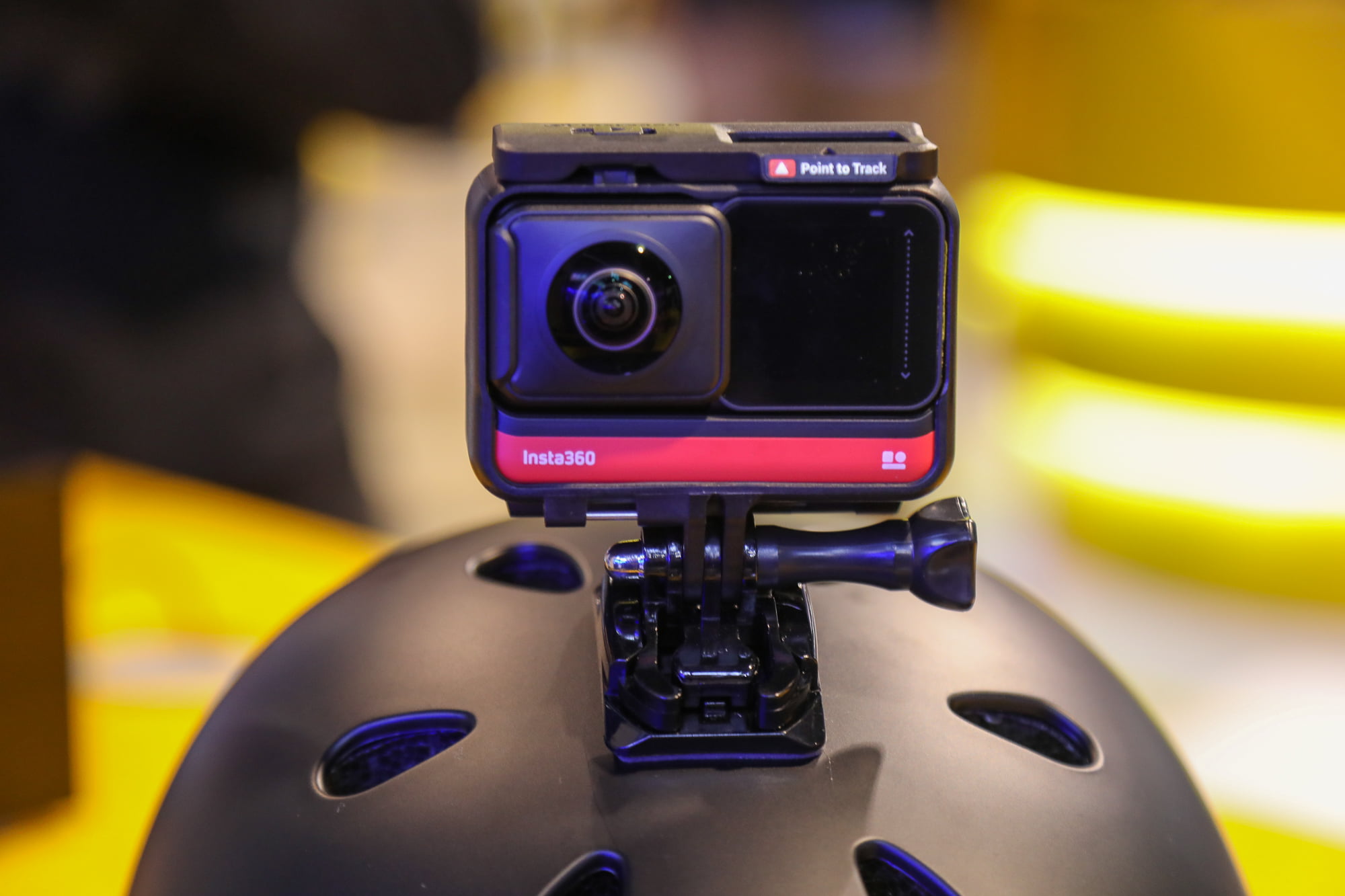 Creators looking for versatile new gear are going to be excited about Insta360’s One R action camera system that they announced at CES last week, and is already available to order.

Best known as the makers of the popular Insta360 One X camera, the Insta360 One R camera system features an interchangeable-lens design that can capture 360-degree, 4K, or 5.3K video with one of three lenses, and it only takes a moment to change out lenses or the battery on-the-go.

At the heart of the system, the One R uses three units: a battery, a processor, and a lens. Swapping out the lens Mods, as Insta360 calls them, users can transform between a single 4K wide-angle lens, dual 360 degree lenses, or the 1-inch 5.3K lens co-engineered with Leica.

The One R has been developed to be rugged, with improved FlowState stabilization, voice control, AI-powered subject tracking, and it’s IPX8 waterproof up to 5 meters or 16.4 feet underwater (divers can purchase the Dive Case to reach depths up to 60 meters).

Insta360 is also launching a new feature called Auto Frame to help make 360 degree video easier to edit. The vision algorithm identifies the best elements in 360 video and recommends them to creators. Video can be edited and creators can choose other angles, but it helps make video editing easier.

Much like the One X, the One R also supports the Invisible Selfie Stick with the Dual-Lens 360 Mod, so creators can shoot aerial-style video that makes video look like it’s flying through the air.

The Insta360 One R was also designed to work well even in low-light conditions, including with the new Night Shot mode, and HDR. Insta360 noted in their release that the 1-Inch Wide Angle Mod offers their best low-light performance for the One R.

For the lens mods, here here are the official details that Insta360 announced with the One R:

Dual-Lens 360 Mod
“This Mod supports 5.7K capture on two lenses that cover every direction at once. It enables a real-time 360-degree preview on ONE R’s touchscreen, while innovations like Color Plus, HDR video and Night Shot achieve the best color accuracy and low-light performance in any consumer 360 camera.”

4K Wide Angle Mod
“Ready for [email protected], this Mod captures crisp, vibrant, stabilized action and supports up to 8x slow mo. Its reversible design lets you flip the touchscreen from back to front in a snap — perfect for getting real-time feedback when filming yourself.”

For audio, the One R has two built-in mics with automatic wind-reduction, but creators can also use their own microphones with the USB C port and top-mounted accessory shoe for 3.5mm mic.

In addition to TimeShift hyperlapse, and the Bullet Time effect, the One R also features a new Starlapse mode to capture time lapses of the night sky, and FlashCut content-aware editing.

Creators can also combine more than just three mods for the One R, with additional mods and upgrades available for various shooting needs, including an Aerial Edition that can be mounted onto supported drones like the DJI Mavic.