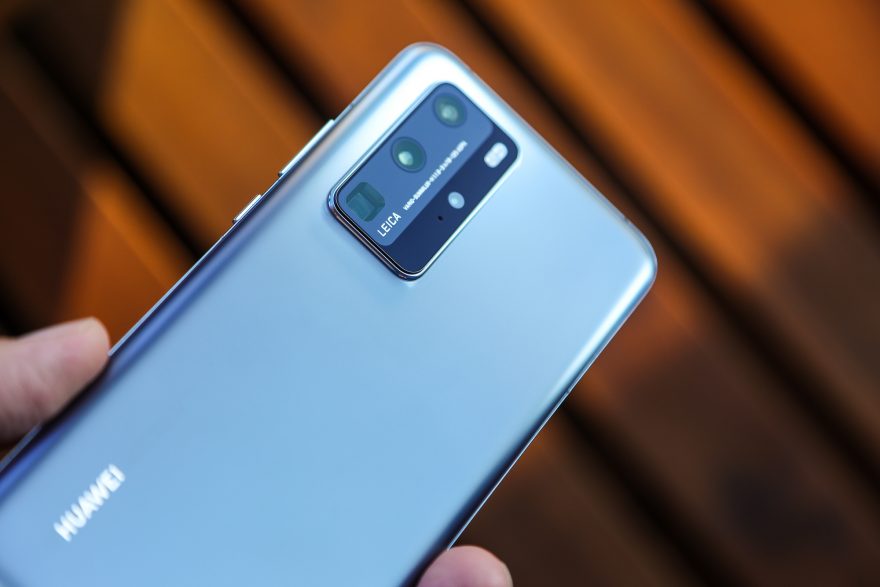 The Huawei P40 Pro is one powerful smartphone, and it stands apart from all the other Android phones with the best camera available today.

Out now in Canada, the P40 Pro is a bold step forward from last year’s P30 Pro, mostly with some serious camera upgrades, but also because of software updates that make it revolutionary, if a little challenging.

For me, the eye-catching device is a photographer’s best friend thanks to a 50 MP main wide angle camera, a 40 MP camera for video, and a 12 MP telephoto camera.

Like all good things, the Huawei P40 Pro does come with a catch.

For the first time, Huawei’s phones no longer include the Google Play Store, and they’ve replaced it with their own AppGallery, as well as the new Petal Search app for finding and installing apps. While that’s a shift, it’s for a good reason. It also doesn’t necessarily mean you can’t use any Google apps on the P40 Pro, but it limits what you can install.

And that processor flies. Large games like Game of Thrones Beyond The Wall install quickly, and the graphics and interface are fast and sharp.

The game also looks great on the 6.58 inch OLED display with 90 Hz refresh rate. Compared to the P30 Pro, the refresh rate makes a big difference for gaming and video.

I also edited a couple of videos, photos, and played around with split screen, and the P40 Pro flew through everything smoothly.

Battery life on the P40 Pro is excellent, thanks to the 4200 mAh battery, and the phone charges incredibly fast with Huawei’s 40 W SuperCharge, and 27 W wireless charging.

Otherwise, the phone is currently only available in Silver Frost, but it’s a striking design that literally looks like liquid metal frosted, so it shimmers and glistens in the light.

The phone is IP68 dust and splash resistant, and very similar dimensions to the P30 Pro, but the screen almost completely fills the design, with only 4mm around the bezel on top and bottom, and 3mm on the sides.

The curved display also stretches from top to bottom and from side to side, making gestures–swiping up or in from the sides–feel effortless. I haven’t missed classic Android buttons once in two weeks of using the phone.

The phone design otherwise features the SIM tray alongside the USB-C port and speaker on the bottom, with the power and volume rocker on the right of the phone.

This is where the P40 Pro is really outstanding–the Leica cameras offer the best I’ve seen for clarity and HDR, as well as portraits, and overall image size. And that rectangular black camera array stands out in contrast to the silver body on the rear of the phone, with the telephoto lens almost looking like it’s deeper than the phone.

The 50 MP main camera takes truly incredible, rich, sharp photos, with contrast that makes scenes look absolutely fresh. While I did have some mixed results shooting in conditions with very bright skies or light, the camera modes offer a lot of flexibility, and I am a very big fan of Huawei’s Pro camera mode especially.

As well, the P40 Pro also supports 4K video at 60fps on both the front and rear cameras, and the 32 MP selfie camera can deliver some really striking and dramatic shots.

Here’s where things get political. Because of a law in the United States, Huawei has been forced to abandon the Google Play Store and replace it with their own app store.

For major Google users, there are some challenges to leaving the app store behind, but there are only a few major apps that currently don’t exist for Huawei phones. That could change in the future, of course, but right now, there are four main ways to get the apps you want on the Huawei P40 Pro.

First, when you setup the P40 Pro, you can transfer most apps from Android or Apple phones using Phone Clone. You’ll be given a choice which apps you want to move over, and the phone will add them to the P40 Pro.

AppGallery otherwise has a huge list of apps, and new apps are being added all the time. Installation is nearly identical to Play Store, and AppGallery provides updates as you would expect on any Android phone.

Using Petal Search, you can otherwise find a huge variety of apps, even including Google Maps in my tests, and it’s a couple of clicks to install. When there are updates though, you’ll need to update plugins within Petal Search itself. For those wondering, you can find updates under the Me tab, under Downloads, and then Updates.

Finally, you can also create bookmarks to open a lot of sites, including YouTube, and Google Drive, with a very similar web experience to the apps. Searching for a service in Petal Search, once you open it, the phone will ask if you want to add an icon to the home screen to open the site directly in the future.

In my tests, I installed Firefox, Google Maps, and I found a lot of the apps I wanted fairly easily. That included everything from TikTok, Instagram, Snapchat, Facebook, and Pinterest, to Evernote, Amazon Alexa, TuneIn Radio, Dropbox, and DJI Go 4.

The main apps I couldn’t find were Spotify, Netflix, Disney+, as well as my banking apps. That could change over time, but it’s worth knowing when you start.

If I had a complaint about the app experience, outside of some missing apps, I also didn’t enjoy the five folders that showed up for Business, Entertainment, Social, Lifestyle, and Games, featuring apps Huawei is recommending I install. The only way I could find to remove these was to hold and delete the apps inside, and then the folder disappeared, but that’s not an ideal setup.

Otherwise, it’s worth saying that having a monopoly has made Google Play Store the beginning and end of what people expect for Android apps. Google did create Android, but I’ll admit that there’s something to be said for Huawei creating their own app store.

For a lot of users, not having Google apps or the Play Store may not impact them at all. I know a few users who would only want to make sure they had their social media apps, and the rest would be gravy.

I’d also suggest that, since this is a new app store, it’s going to be up to Huawei and the companies to fill in some of the blanks, like banking and streaming services.

Time will tell how that turns out, but user support will go a long way. If the phone speaks to you, and you want the incredible camera in your pocket, I’d say it’s worth the price.

Beyond the apps, the P40 Pro is a marvel, and it’s powerful, and fast, and takes glorious photos with tons of flexibility. There’s also simply no other phone out there like it, from battery life and charging, to the processor, 5G network speeds, and cameras.

Note: Huawei provided the P40 Pro to me for this review. Like all of my reviews, this had no impact on my opinion.