Samsung Galaxy Book Pro | Hands on with the 15″ lightweight laptop 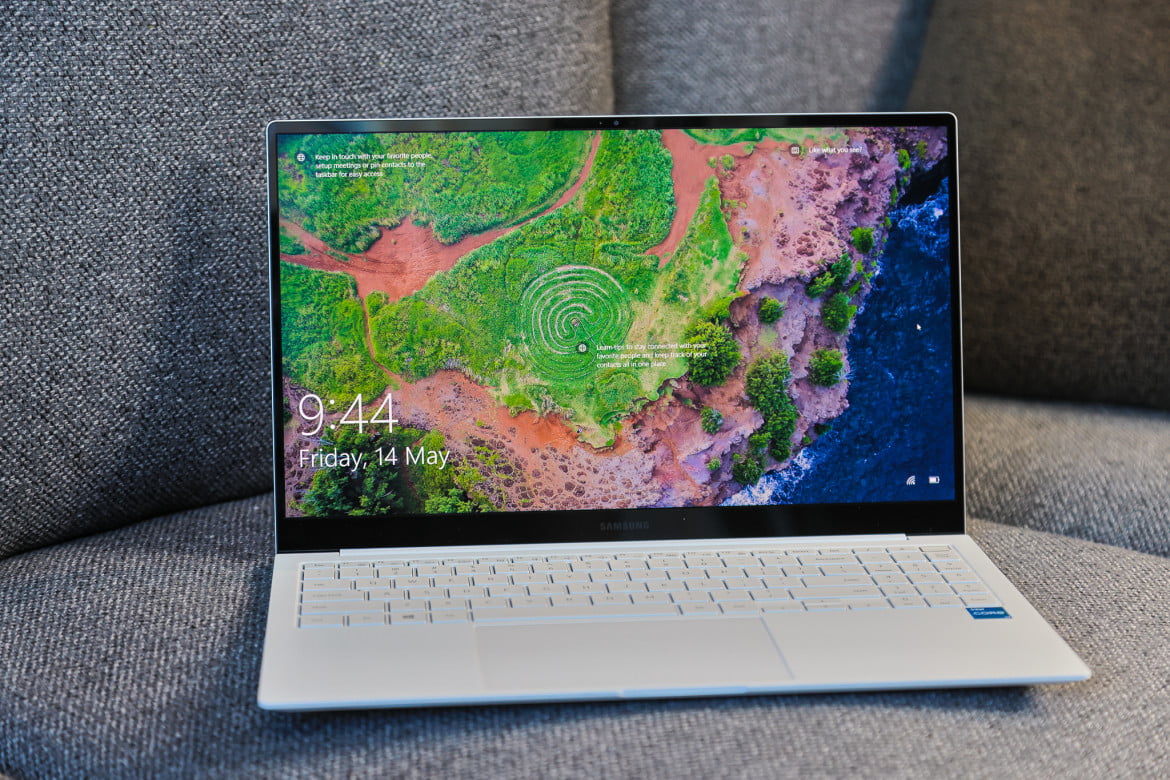 What are you looking for in a lightweight laptop? The Samsung Galaxy Book Pro balances everything you’re likely look for, with an incredibly light, thin, and well designed system that’s whisper quiet.

There’s a lot to appreciate in this powerful, dependable laptop, from the design, screen size, and battery life, all the way to Samsung’s apps.

Samsung sent me a marketing sample of the Galaxy Book Pro, so while I can’t share a full review of the new laptop, I have a lot of details to talk about.

With both models you’re getting am AMOLED Display, integrated Intel Iris Xe Graphics, and Wi-Fi 6E.

In terms of the design, it has a slim body (the final production model features anodized aluminum) that’s just a little bit thicker than my Galaxy Note 20 Ultra. I would have loved to see it with a metal body, but for most users it’s a good compromise since the metal body would have made it more expensive.

Most notably, especially compared to a lot of the lightweight laptops out there, the Galaxy Book Pro has a very good range of ports, including two USB-C ports, a full size HDMI, one USB 3 port, headphone jack, and microSD.

There’s also a very large touchpad, for anyone like me who hates the tiny versions on most laptops.

For sound, I like that Samsung included the headphone jack, and the speakers were good, but it’s worth noting that they’re under the laptop, so they work well on desks, but not on soft surfaces.

With the full-size keyboard, there are function keys for a lot of features, including the performances modes, which I found very helpful. The keyboard is also illuminated, but I did find it hard to read the keys in some light. That may only be an issue on the marketing sample, however, but I can’t say for sure.

The screen is not touchscreen, but it’s a good size overall, with nice, small bezels. It was great for watching Netflix, videos, and it looks good in most lighting situations.

Playing around with the apps, I really appreciate that Samsung has included most of the main ones you would expect from other Galaxy devices. One of my favourites, QuickShare, makes it easy to share files and photos between you Samsung phone and your desktop, or there are also apps like DeX, Flow, Studio Plus, SmartThings, and Samsung Notes that can synchronize with your phone too.

While I couldn’t try it out, Samsung also has a feature called Second Screen, letting you extend your display between the laptop and your Samsung Tab S7 or S7+ tablet.

As far as the battery goes, the laptop can charge up to 8 hours of use in just 30 minutes, and a full charge will last up to 20 hours.

For anyone who needs a dependable, long-lasting, and light laptop that can still power through an average day, take a look at the Samsung Galaxy Book Pro. It’s a very impressive laptop with a price that makes sense for the specs. It’s available now from Samsung, and if you purchase before May 28 at participating locations, you’ll get an e-voucher to receive the awesome Galaxy Buds Pro for free.

Watch my video, showing off some of the main features on the laptop.