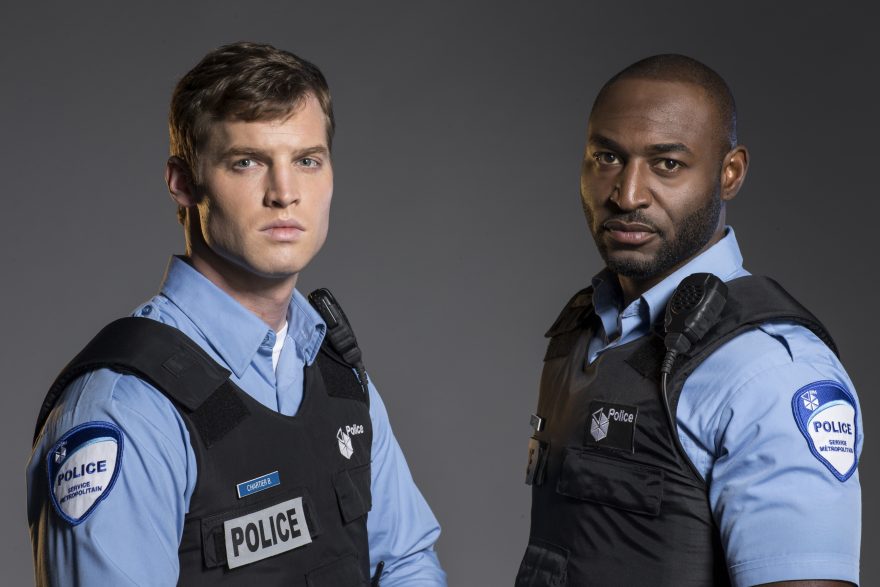 Jared Keeso and Adrian Holmes star in Bravo’s new series, 19-2, a police drama about two officers, both recovering from painful events in their lives, who are partnered on the streets of Montreal and have to figure out how they can deal with their issues and still work together.

Ben, played by Keeso, comes from a small police force outside of the city, and he’s moved to Montreal to get a new start, while Nick, played by Holmes, has just returned from a three-month leave after his last partner was shot on the job. Together, they don’t start off on the right foot, but Ben is determined to get to know his new partner, which leads them to find common ground for the relatively new officer and his veteran street-smart partner.

This morning, as the two actors were doing press for the new series–which is based on the original Quebecois series of the same name–I spoke with the actors about their experience preparing for the roles, and how they trained to act the part of police officers. Keeso and Holmes also chatted about their favorite moments filming the series, and how they think their characters view each other when they first meet.