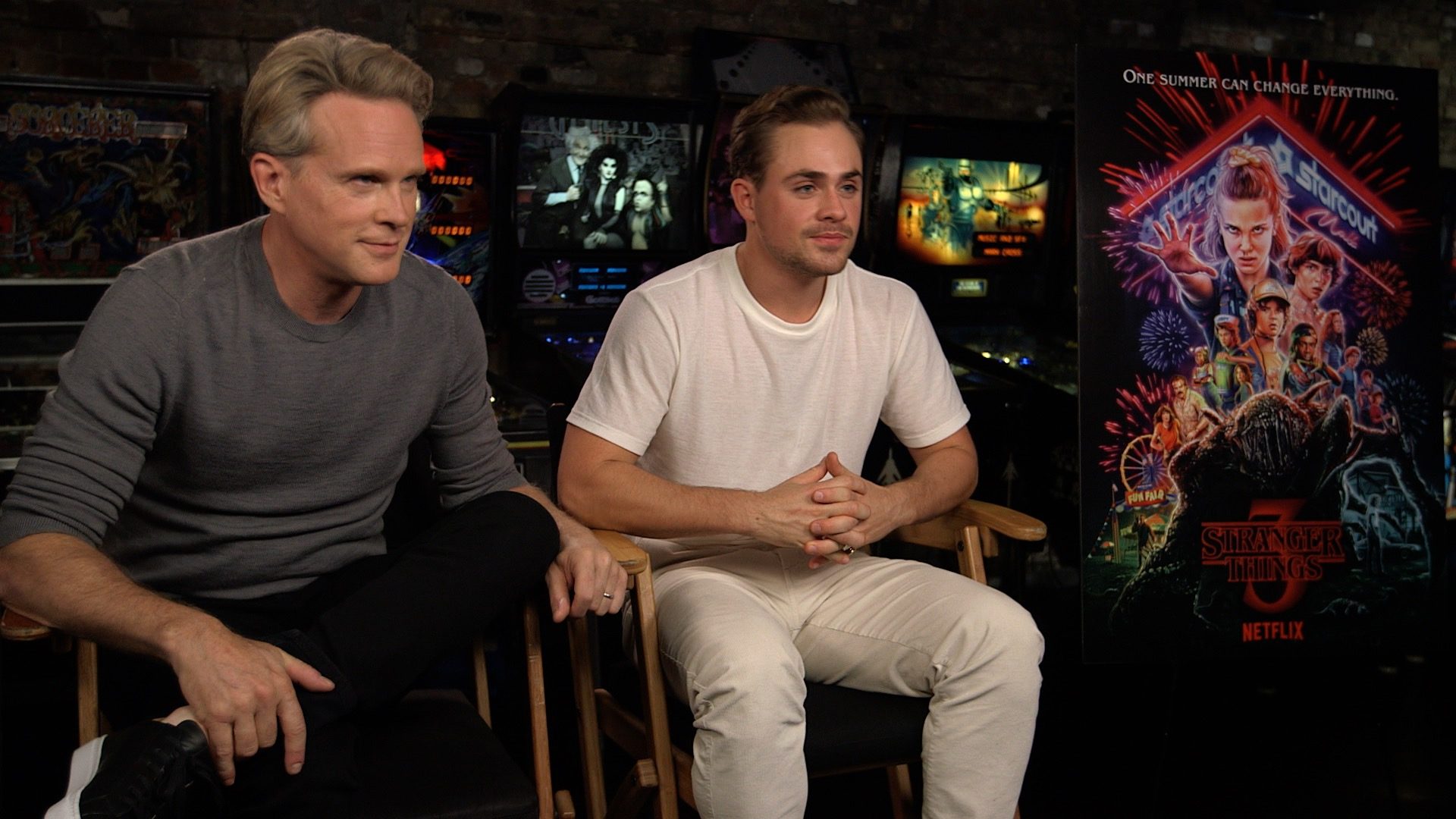 Stranger Things 3 premieres on Netflix tonight at midnight, and while not much is known at this point, the latest season has promised major happenings in the town of Hawkins, Indiana.

Joining the cast this season is Cary Elwes, who plays Mayor Kline, and Dacre Montgomery returns as Billy Hargrove, Max’s (Sadie Sink) charming but frankly abusive older brother who wiped the floor with Steve Harrington (Joe Keery) before Max saved the day in the last episode of season two.

“He’s a bit sleazy,” Elwes said of Mayor Kline. “He’s a politician, so he’s good at answering questions, but not really answering the question, and he’s definitely a self-centered, egotistical guy.”

While Kline is going to be sleazy, throwing parties, and having a good time, Montgomery hinted that there are some character-building events coming down the line this season for Billy.

“I think I was given such an amazing story arc,” Montgomery said of Billy, “and the pool is just the tip of the iceberg, so I’m excited to see how everyone responds.”

When I asked whether this season would offer the chance for Billy to have a rematch, Montgomery said that he couldn’t say, “but I’d say there is a match, and that’s TBD, I guess, for everyone. But it’s a powerhouse season, totally,” and he later added that he’s “very happy with the ending.”

And Elwes? He talked a little bit about how the Duffer Brothers, Matt and Ross Duffer, helped him find the nuances of the character, and how he may draw at least a little real inspiration from one or two oily politicians of the era.

Watch the full interview below to hear more about Kline and Billy, and for one of my favourite moments near the end when Elwes and Montgomery talked about one of Billy’s most important moments last season, and how the Duffers helped make that happen.