I want to be very up-front about something before diving headlong into a review of the LEGO Star Wars Holiday Special. The overall “rating” being assigned to this short film is higher than what I actually think about the quality of it. Instead of aiming itself at the rabid fan bases for LEGO, Star Wars, or the overlap between them, this cheap looking and barely passable animated yarn is aimed squarely at the youngest and least discriminating of kids. The audience for LEGO Star Wars Holiday Special is kids that are too young to have seen or understood the live action blockbusters that inspired it. Outside of a few sly references here and there, there’s no way LEGO Star Wars Holiday Special was made with anyone over the age of five in mind. It’s not as baffling and nightmare inducing as George Lucas’ ill advised and long “suppressed’ Star Wars special from the late 1970s, but this is a huge letdown for anyone hoping the new creative team behind the franchise would get things right on a second, albeit very different attempt to cultivate yuletide joy.

LEGO Star Wars Holiday Special (there’s no actual “the” in its title) purports to take place after the events of The Rise of Skywalker, but by judging how vastly different the familiar and already established characters act here, it has to be taking place in a different universe. Rey, the heroine from the most recent trilogy is suffering from a crisis of conscience. She has been trying to train Finn on how to be a Jedi, but his underperformance is something she sees as a failure of her teachings. While party loving, holiday crazed Poe is busy trying to throw together feasts and festivities for the upcoming Life Day holiday back aboard the Millennium Falcon, Rey and BB-8 set out to find a hidden Jedi temple that might hold the answers she’s been looking for. There, Rey and BB-8 find a magical time travelling thingy that will propel them back in time to seminal moments of previous films, where their bumbling and interference threatens to ruin their present day situation.

Only three members of the films’ supporting cast noticeably come back to lend their voices to LEGO Star Wars Holiday Special, with all of the biggest names wisely sitting this one out. Whether they were offered the chance to reprise their roles or not, I honestly can’t say or confirm, but if they were too expensive to hire for such a production they were lucky. Rey, Finn, and especially Poe bear little to no narrative or character resemblance to their big screen counterparts, with the latter being demoted to the position of resident wacky goofball. Special director Ken Cunningham and credited writer David Shayne have worked on previous LEGO animated projects for television before, so it’s understandable that they would want their version of a Star Wars special to skew closer to the lighthearted, barely canonical stories they normally concoct, but after a pair of controversial (but I would still argue, good) live action movies and the success of several big screen LEGO outings, this feels like a misguided approach. 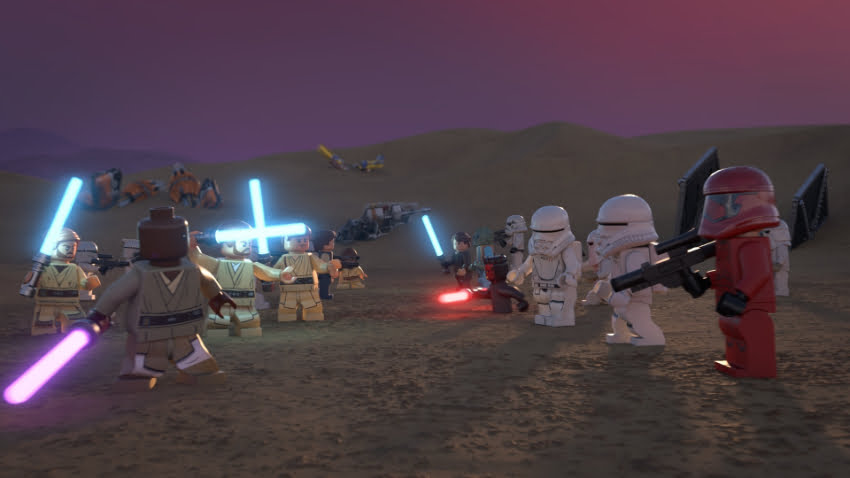 LEGO and Star Wars have rabid, sometimes frightening fan bases that don’t like being crossed or talked down to, so I’ll allow them to eat themselves alive discussing the various ways this special gets their beloved creations wrong, but I can speak to how this endeavour cares very little for the fan bases that made these things cash cows. When people see a Star Wars film, they expect to see high drama, complex characters, light comedy, and inventive action, not a weak time travel romp packed with predictable jokes that’s nothing more than a poor excuse to travel down nostalgia lane and asking viewers “HEY! Do you remember when THIS happened? Well, what if Rey was there to screw it up?” On the flip side of that, many LEGO buffs would like to see projects bearing the brand name boasting intricate, detail oriented animation, not blobby, amateurish looking figures and dodgy backgrounds that look like they came from a late 90s video game. Just one glance at how unfathomably terrible Yoda looks and some viewers will likely wonder who signed off on this special. The story and writing is bad enough, but visually LEGO Star Wars Holiday Special feels like a rush job. (It’s also not a very good holiday special, with much more time devoted to Rey’s time travelling than there is to Poe and Finn’s party preparations, which are a lot more fun to watch.)

Star Wars fans will get a few concessions here and there, but outside of a moment when a character shouts a now infamous catch-phrase out of nowhere, Poe’s unlikely musical guest, and an admittedly nice dig at Attack of the Clones, the references to other films are weak and forgettable. The recreation of scenes from other films play out like an uninspired parody clip show rather than a solid comedy or spin-offs from the Star Wars stories. And while a lot of the jokes won’t make sense to anyone who hasn’t seen the live action films, it feels like such things hardly matter to the creative team. LEGO Star Wars Holiday Special is aimed squarely at barely verbal tots who might’ve seen some of the Star Wars movies, but they’re too young to care that none of this makes sense and little of it is actually funny. (You know, the kind of audience that will beg parents for certain toys during the upcoming holiday shopping blitz.) It’s less the LEGO version of the Star Wars stories, it’s more like the DUPLO version.

Parents will enjoy their kids’ reactions to LEGO Star Wars Holiday Special more than they actually like watching the show. My instincts to rate it higher than that are based on warmth and holiday cheer alone. Without young children at home, it would be advisable to realize that LEGO Star Wars Holiday Special holds almost no appeal for single adults or fans (although it might bizarrely work on people who’ve somehow never seen a Star Wars film). It’s not the debacle that the original Star Wars Holiday Special was, but it’s not that much worse. Unless you’re a little kid who just wants to watch whatever’s put in front of them. Then, maybe, you’ll enjoy it. For anyone over preschool age, there’s still The Mandalorian. 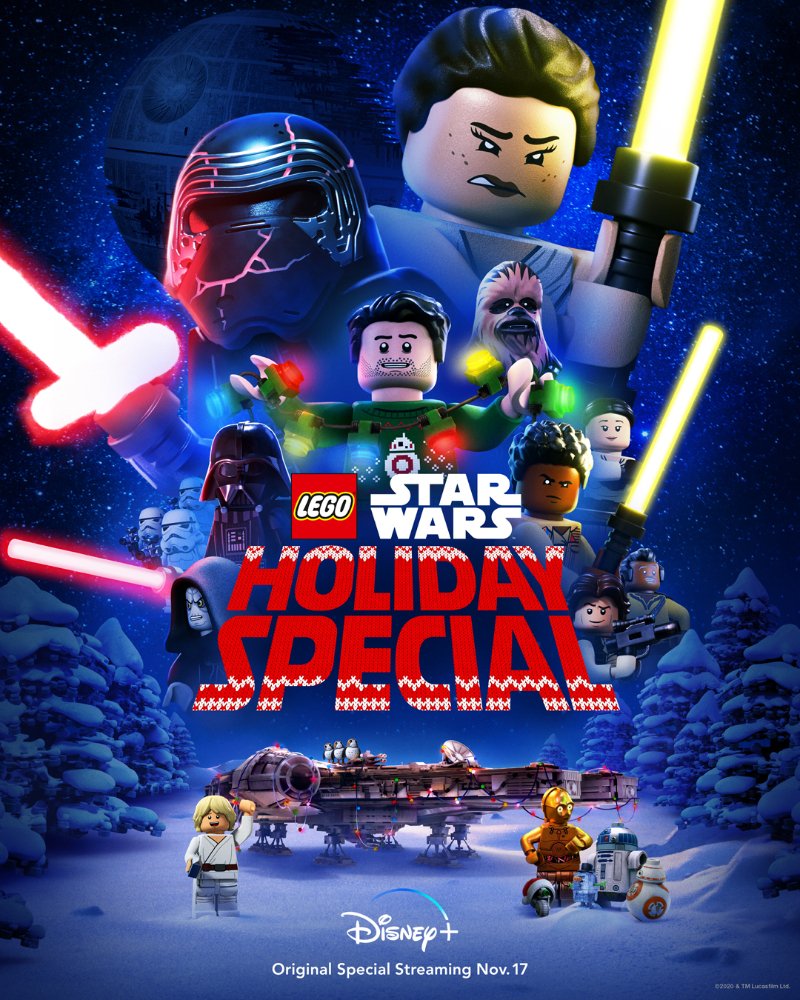