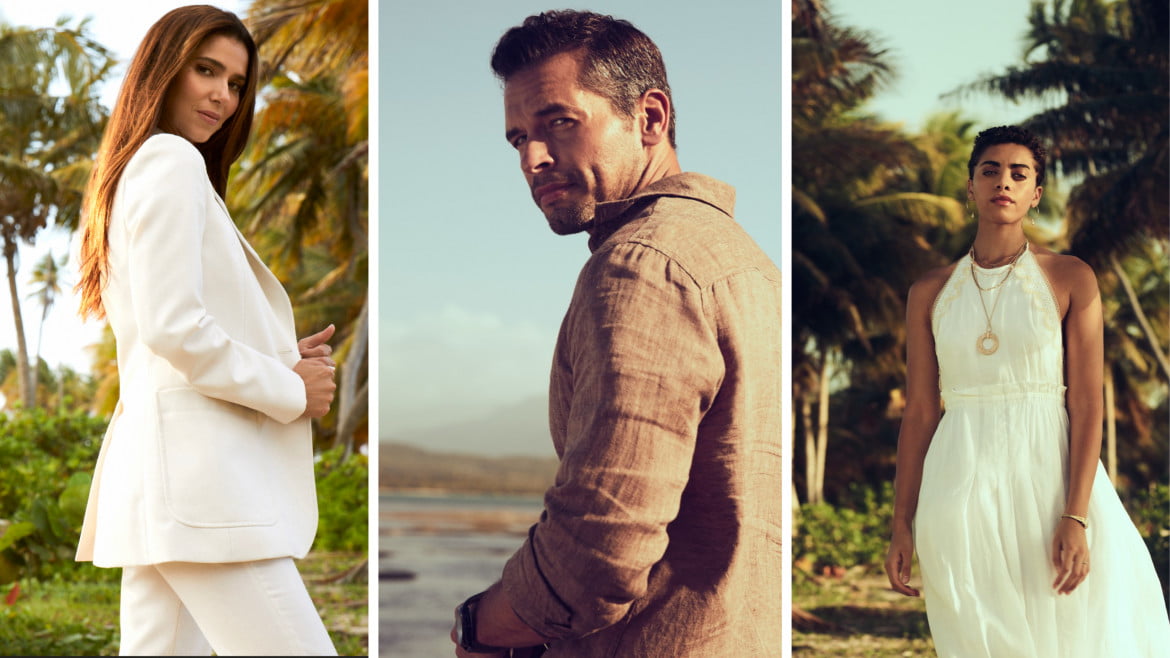 Welcome to Fantasy Island! The classic series returns, making dreams come true for a new group of guests, and since we last visited, a lot has changed about the island, the hosts, and the fantasies.

Roselyn Sanchez stars in the new series as Elena Roarke, the host offering special guests the chance to live out their dreams and very often, change their lives, and she’s joined by Kiara Barnes as Ruby Okoro, and John Gabriel Rodriquez as Javier.

While Javier flies guests to the island, and Elena helps them live out their fantasies, the twist is that Ruby actually came to the island as a guest, and through a miracle, she’s found a new life there.

Speaking with me from Miami, and a very tropical backdrop, the trio answered some of my biggest questions about the new series, including what we’ll learn about Elena, their favourite moments on set, and some hints about what’s to come from the show.

Filmed in Puerto Rico, the series features new guests every episode, and for Barnes, that was one of her favourite things about making Fantasy Island.

“The guest stars were so stellar,” she said. “Everyone that comes in hit it out of the park, so that was really fun to have someone new every week… which is bitter sweet, of course, because you get to know them, and then they go, [but] it kept things fun.”

Guest stars in the first two episodes include Odette and Dave Annable, playing a married couple with a connection issue, and Bellamy Young as a journalist with anxiety and a food problem.

For Puerto Rican actor, singer, songwriter, and model, Sanchez was happy to be a bit of a host for her co-stars while she was also taking on the role of Elena.

“I went back home to work…” she said, “so I was surrounded by my family, and friends, and colleagues. To be able to host John, and Kiera, and all these guest stars, because I feel like they’re coming to my territory. I feel responsible for them to have an amazing time.”

She also felt the responsibility of taking up the mantle of Ricardo Montalbán, who played Mr. Roarke in the original TV series, and she was happy to “fall in love with the process” of getting into the iconic role, and delving into her character’s life.

“You’re going to learn a lot about Elena,” she said. “I embraced the fact that she is a normal person. She may have some abilities that other people may not have, in terms of what you need, she’s going to provide… but at the same time, she’s very human.”

Fantasy Island premieres Tuesday, August 10 at 9:00 PM (ET) on Global TV in Canada and on Fox in the United States.