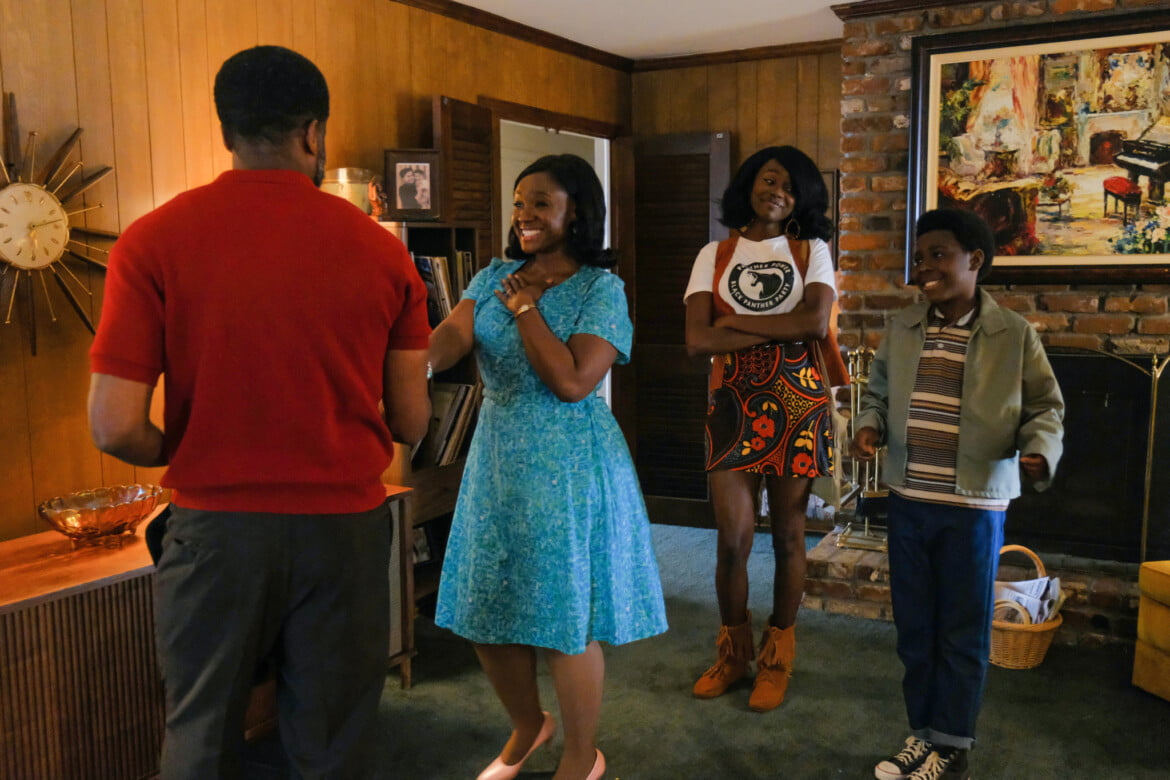 When The Wonder Years debuted in the 1980s, it was set just 20 years before, in an era that felt recent, and somehow far away. With showrunner Saladin K. Patterson’s reimagining of the award-winning series, it’s now been over 50 years since 1968, and his vision feels nostalgic, heartfelt, and it resonates with a lot that’s happening today.

The series is funny, smart, and more relevant than ever, following the Williams, a Black middle-class family in Montgomery, Alabama, and particularly Dean, played by Elisha “EJ” Williams. Dean is trying to fit in at school, and find what he’s good at, while dealing with bullies, and the racial divide of the era.

Dean is nerdy and funny, outgoing and honest, with a family that are tight-knit, and like most families, often arguing about something.

While he looks shy, Williams was quick to point out that he’s really not, and that’s one of the things that he feels he has in common with the character.

“From the looks of it, he looks so shy, but trust me, Dean is a really outgoing guy that if you get to know him, you’ll probably be best friends in the next two minutes,” Williams said.

He also appreciated “his way of wanting to unite. That’s me in real life,” he said.

Don Cheadle narrates the show as an older, wiser, Dean, and he’s the perfect voice for the young star’s inner-monologue.

For Sengbloh and Kariuki, they did some research to really get a feel for the era, and they offered some insight about why that time, in particular, is the perfect era for their show.

“There’s still a lot of parallels from that time and this time, and also, people will be able to see themselves portrayed, which maybe they haven’t been able to in the past,” Kariuki said. “I think our show allows people to have nostalgia for being Black in the 60s.”

“I think ‘hashtag nostalgia,’ one of our executive producers, Saladin, he said something about, ‘we have nostalgia. We want nostalgia, too,’ and that’s just so key to enjoying your reflection on the past. But, besides that… period pieces are having a huge surge right now, because the living was different,” Sengbloh said.

“I think people want that sort of tactile, livable, functional things that they can touch. I think we miss wood, we miss metal; everything is so electronic. I think this show portraying that era is right on time for that sort of human, tactile, nostalgia… I think we’re all sort of craving it.”