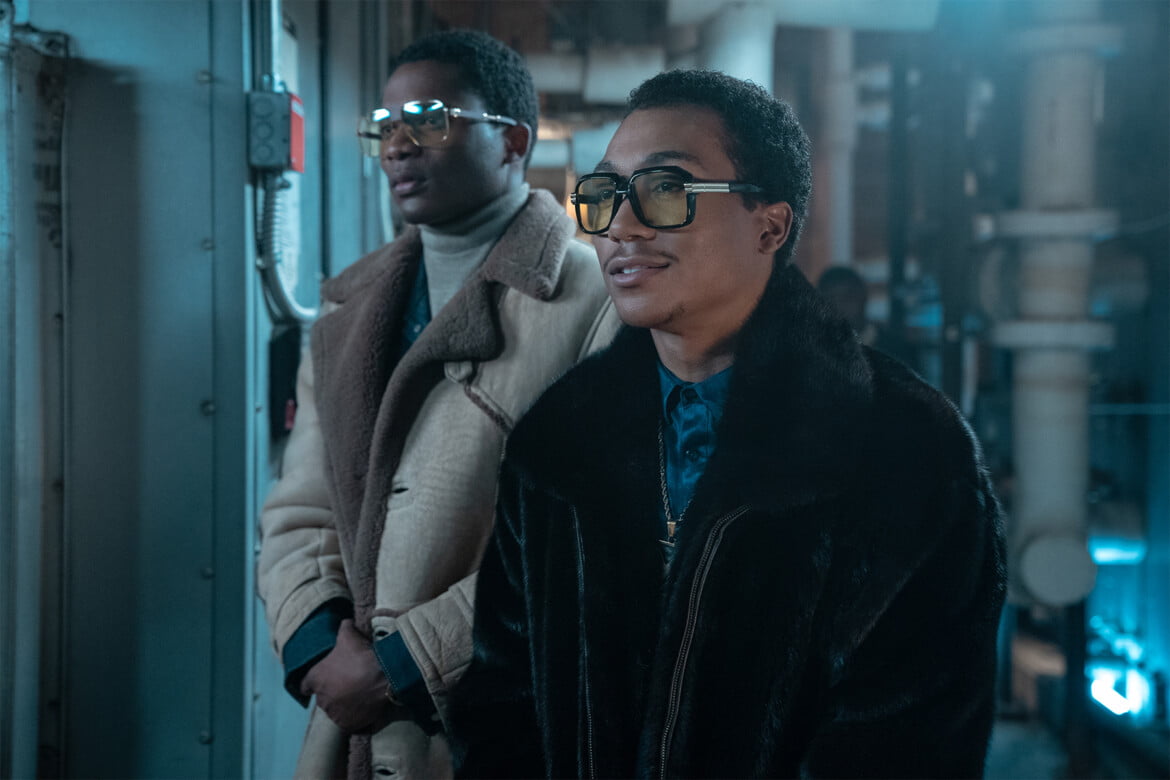 BMF is the new Starz drama about the Black Mafia Family, inspired by the real life story about the drug trafficking group that was born out of Detroit in the eighties, and it’s a hell of a show.

Demetirus “Lil Meech” Flenory stars as his father, Demetirus “Big Meech” Flenory, alongside Da’Vinchi as Terry “Southwest T” Flenory. The two actors are incredible together, and it’s a wild ride back to the streets of the 1980s, where the story started. They do an incredible job portraying the bond between these two brothers, part of their trajectory, the highlights, and the consequences. It’s powerful and totally captivating.

For the series, 50 Cent worked to cast the younger Flenory in the role of his father from the beginning, and sent him to acting classes for a year before they started filming to get him ready.

“He did it. He really did it, man,” 50 cent said. “It’s one of the biggest things that I’ve done. It’s changing his trajectory completely… he’s an actor now.”

“It’s really mind-blowing to me,” the young Flenory said. “I feel like it’s divine-order, you know. When 50 Cent brought it to me, it sounded crazy, but… I understood it was a once in a lifetime opportunity.”

“I had an amazing cast and crew that I got to learn from, and… I got to surround myself with veteran actors and learn from them.”

Watch the interviews with 50 Cent and Demetirus “Lil Meech” Flenory below to hear what they had to say about the series, what it took to make it, and representing the real life story. Watch BMF on Crave in Canada, and Starz in the U.S.