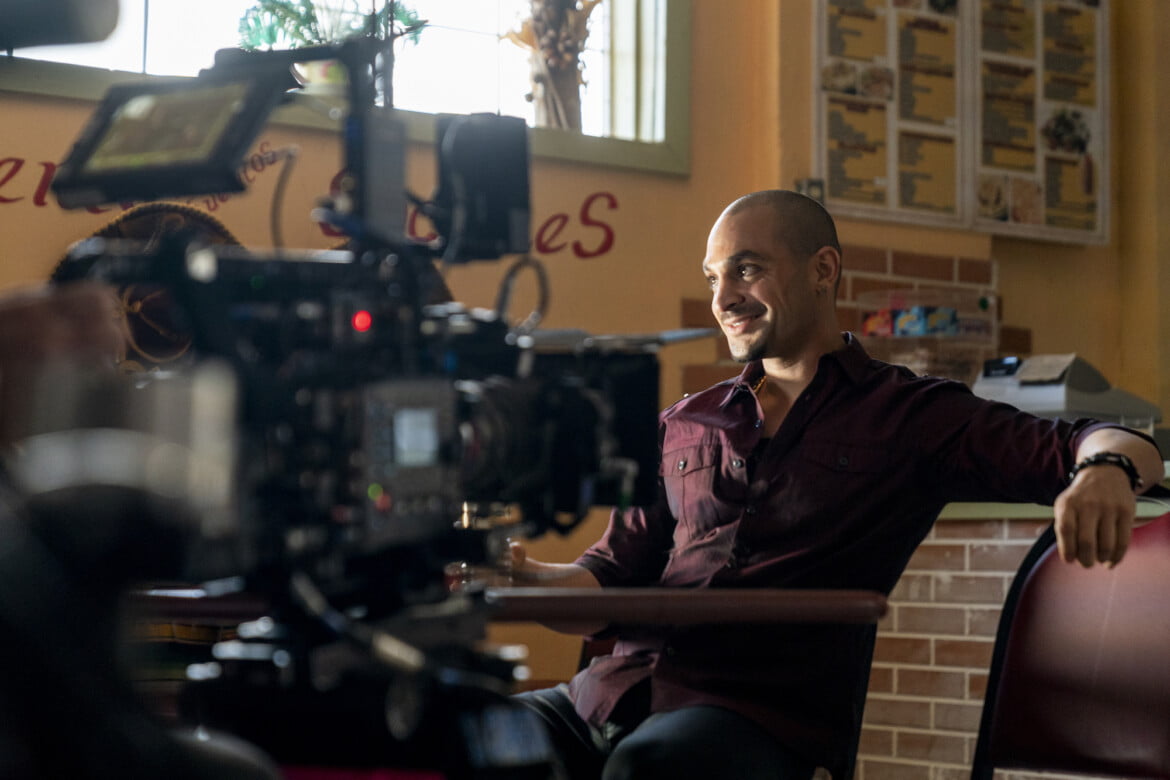 It’s the beginning of the end for Saul Goodman. The sixth and final season of Better Call Saul kicks off tonight, and there are so many questions.

What will push Jimmy McGill to become Saul Goodman? Are we going to see Jesse Pinkman and Walter White? And what is going to happen to Nacho Varga?

Nacho is one of the show’s most interesting characters, and it remains to be seen if he will find some kind of redemption, or make it out of the story alive.

Before the premiere of season 6, I sat down with actor Michael Mando to talk about Nacho’s story arc, the threats that keep Nacho in check, and saying goodbye to the character.

“I feel very, very blessed and very grateful,” Mando said, “and it feels real with a sense of responsibility. I have been given such amazing opportunities in my career, and I’ve worked with such really incredible people, and had the the good fortune to learn so much.”

When he was given the chance, he was excited to go deeper for the role, and he credits the writers with that opportunity.

“[W]e gave this guy the strongest moral core of all the characters on the show, and that really came when my relationship with the actor who plays my father, Juan Carlos Cantu, was established. Immediately, that character, Nacho’s father, was the most virtuous character in the whole Breaking Bad universe.”

“And that immediately informed us on who Nacho is, and it’s this beautiful story about a guy who rises up and becomes a big boss in the cartel, and basically has a change of heart. He wants to do the right thing. He wants to leave the cartel, but his father’s life is being threatened and he’s working as a double agent, and he wants nothing more but to save his father and get away from this bad life, which makes for a compelling, really compelling character and story.”

As far as whether he’ll find some kind of redemption, Mando calls it “a bit of a philosophical question.”

“Do we ever get to really wash ourselves from our sins? The great thing about this character is that he’s been wanting to get out from the very beginning. He doesn’t enjoy this. We’ve never actually seen him enjoy this.”

“So he has his desire and his soul in wanting to do the right thing and leave the dark side and get into the light are pure. It’s just that he’s his father’s life is in jeopardy… and Nacho’s got this sort of samurai attitude where he won’t turn to the cops.”

Ultimately, Mando considers Nacho’s story arc, from start to finish, like a painting, where you’ll only see the whole picture at the end.

“I just feel very lucky to have played this beautiful character… I’m not saying anything, but it’s just so interesting to see where and how it ends up.”

When the dust settles, what will come next for Mando after Better Call Saul? “[M]y team is talking about some really exciting stuff right now,” he said. “I can’t say [what], it’s all under wraps, but it’s very big, very exciting, and we’ll see which direction I’ll go, and developing [projects] as well.”

I also couldn’t help but ask him how he felt about finally coming back to Scorpion again one day, since the character was teased at the end of Spider-Man: Homecoming.

“I think those guys at Marvel are wonderful. I have total faith in them that they know what they’re doing and they’ll tell the world when they’re ready.”

Watch the full interview with Michael Mando below and tune into Better Call Saul season 6 on AMC April 18, 2022.