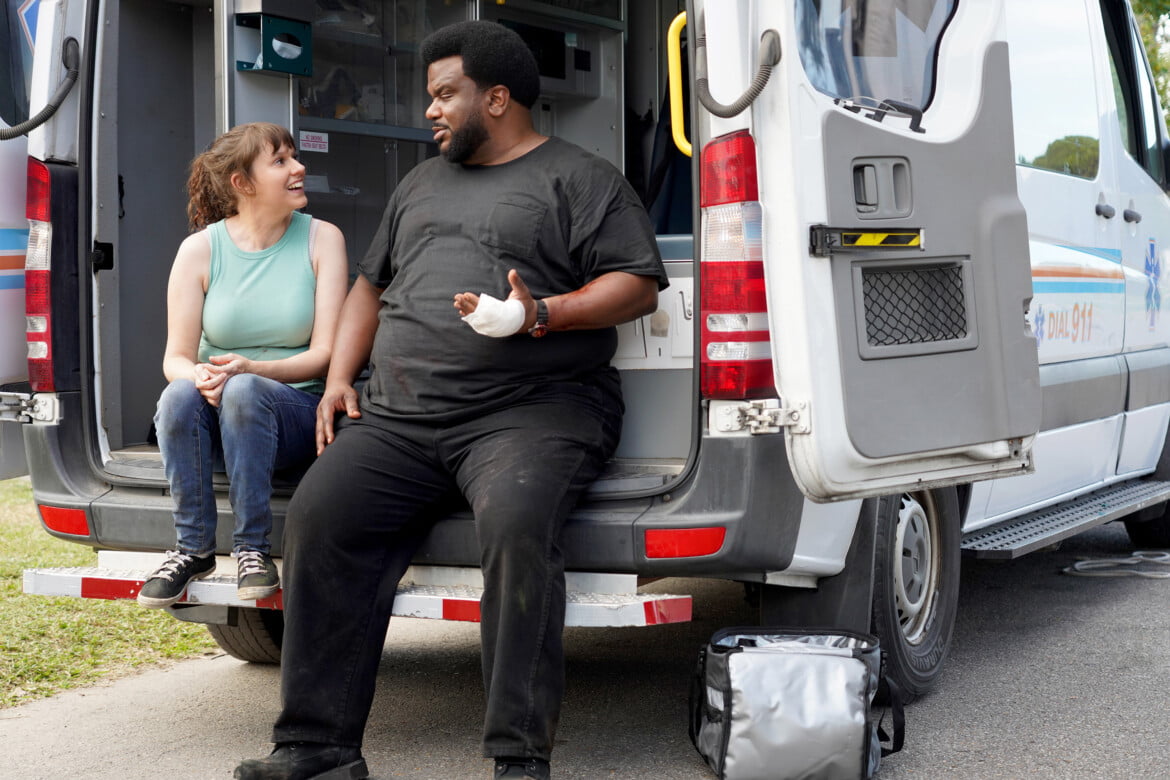 Craig Robinson’s new series Killing It is a hilarious satire, it’s a serious drama, and it’s also one of the rare shows that channels Florida’s weird and wonderful energy into a strangely honest story about family and capitalism.

Starring Robinson as an honest guy named Craig, the series follows a group of down on their luck people trying to make big bucks by killing snakes in the Everglades. Killing It is funny, weirdly sweet, and really digs into the opportunism that it takes to become successful in a place like Florida.

In the beginning, everything revolves around Jillian dragging Craig into this opportunity to make some money when he needs it most, but there’s a lot more to the story.

“Well, I think Jillian kind of drives Craig crazy, but she also instigates a lot of stuff for him. Of course she’s the reason he learns about and ultimately joins in on the Python hunt. And it’s a kind of a classic odd couple situation; they’ve got a very different vibe,” O’Doherty said.

And then there’s the off kilter Brock.

“I think Brock is a guy who has hit a point in his life–I mean, we could call it a midlife crisis–[and] everything’s on the table of a reexamination of what he wants and what he’s willing to do to get there,” MacArthur said.

“And I love the fact that he’s just; it’s balls to the wall at this point. You know, he wants the fame, and he wants the money; he wants everything that comes along with that, and so he decides the best way to go about doing that is killing snakes on the internet, which is insane to me.”

“And what’s wonderful is that when he encounters Craig’s character, they’re just so so very different… and so all of a sudden, you have just the most peculiar characters all in the same Petri dish. It’s just so much fun to watch them interact and it was so much fun to play them and interact with each other because everybody was coming from a different point of view, but ultimately have the same end, which is just some financial freedom, really.”

The heart of the series really comes back to Craig and his brother Isaiah though, and Rell Battle has an incredible story arc across the series as the brother who seems to know what he wants, but is really hiding a lot.

“I think it was great because everybody else’s problems are on the surface. As far as Claudia’s character being an immigrant and being broke and Scott’s character, who’s just trying to find his way out of this thing, and he has issues with his family as well. You only know what Isaiah’s problems are deep down until later on.”

Watch the full interview with the three actors below. Killing It premieres Tuesday, May 31 at 9:30 PM (ET) in Canada on Showcase and you can stream it on StackTV.