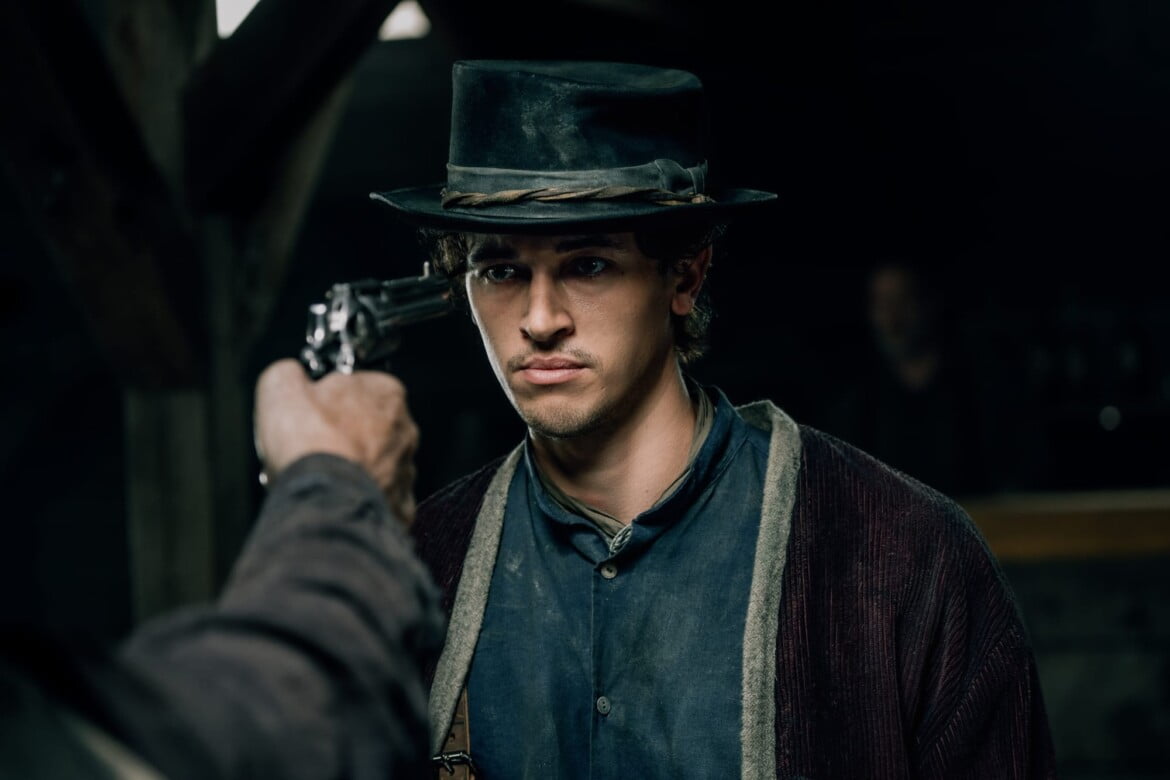 William H. Bonney has been a pop culture icon since he first escaped execution in 1881. Over the last 140 years, he’s become an anti-hero in film, TV, books, and radio. Now, in the Paramount+ series Billy The Kid, the rest of his story is told, all the way from his childhood in New York City, to the start of the Lincoln County War.

Actor Tom Blyth plays the iconic gunslinger in the new series, and maybe like a lot of actors, he’s been dreaming of this role since he was young.

“You know, I’m not too much of a believer in fate–I think you make your own–but there was a feeling that this had been a long time coming. And then when I read the script, even more so because Michael [Hirst]’s writing just made sense to me, and it felt I felt like I knew this character.”

“And weirdly, even though I’d grown up on Westerns and watched a lot of John Wayne movies growing up, and Butch Cassidy and the Sundance Kid was one of my favourites, I had never read much about Billy. I knew who he was, I’d seen that kind of iconic picture, but really hadn’t done a deep dive into him as I had with other people, like Jesse James.”

“So reading the script that Michael wrote, I was kind of blown away by the eccentricities of him and his intricacies and the parts of him that I didn’t expect from a gun slinging, badass kind of cowboy.”

“I mean, first and foremost, I was thrilled to even get the chance to try and play this guy who was like my childhood dream, and then once I did, I got hooked really, really quickly and started doing a deep dive before I even got the role.”

“I was deep diving into the books and into the legends, and there’s lots of conflicting information, so you kind of have to sift through and mine, which I think the script does really well.”

“It kind of, sifts through and trying to tell a story that for the most part is factual, but then filling in the gaps, and the things that we just don’t know.”

And then on top of all that, “It was that childlike thrill of being able to play a cowboy.”

Watch the full video interview below as Blyth chats about the character’s relationships, his mother, his ideas about justice, and meeting another actor who played Billy too.

Billy The Kid is streaming now on Paramount+, and the series also stars Eileen O’Higgins as Kathleen McCarty, and Daniel Webber as Jesse Evans.