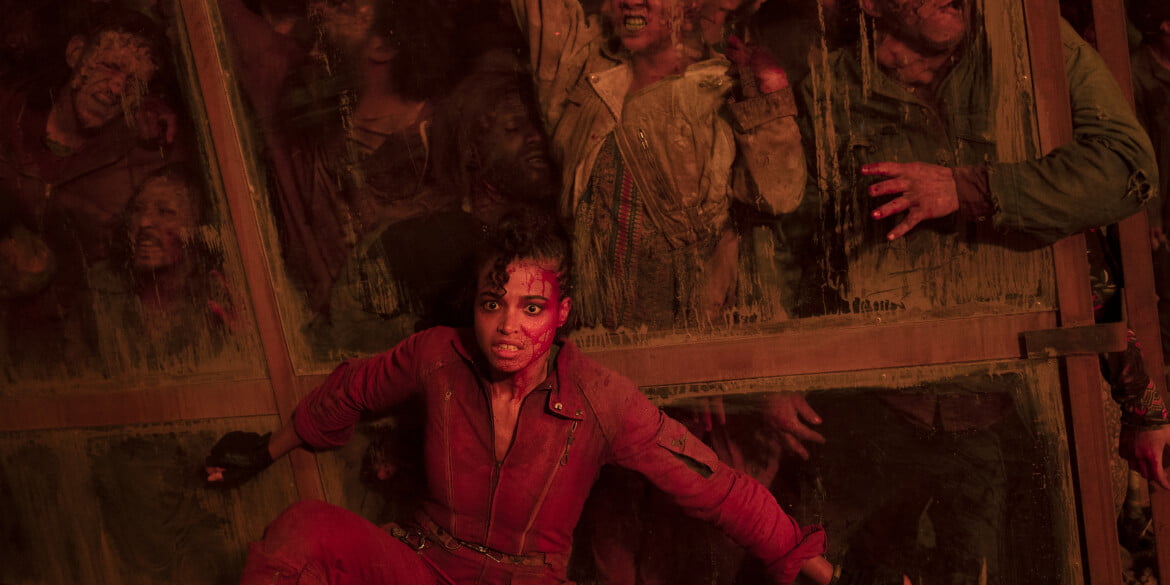 Ella Balinska stars in Netflix’s new Resident Evil series, and it’s a bloody good time for everyone who loves watching zombies take over the world.

Sure, the human race hasn’t been snuffed out when we catch up with Jade in 2036, but they’re not doing so hot, and the Umbrella Corporation doesn’t seem to be helping much either.

Jade Wesker, played by Balinska, is a survivor though, and she’s on a mission. The series follows her between 2022, as a teenager, and in 2036, trying to survive the world that’s been created by Umbrella’s T-Virus.

For Balinska, who grew up playing the Resident Evil video games, she had major pinch-me moments while they were making the series.

“There were two moments, actually. One ‘I can’t believe I’m here’ moment was when they were resetting the burning building, the big fort [in the first episode]. There were just so many pyro special effects, hundreds of zeros sat on top of this car, and I’m just chilling, scrolling through Instagram, looking at the stars in Cape Town, and I was like, ‘This is just surreal and beautiful and incredible.’

“The other time was the actually the only moment in my professional career where I had to call a time out, was in the Brotherhood [set]. I just needed some air because that set, the art department, I don’t know what they sprinkled in the atmosphere; that was very, very immersive. So I needed to step outside for a breather because we were, really really in it.”

Watch the full interview below for Balinska’s breakdown on Jade’s journey, training for the demanding role, and the parallels she found between the character and her own life.