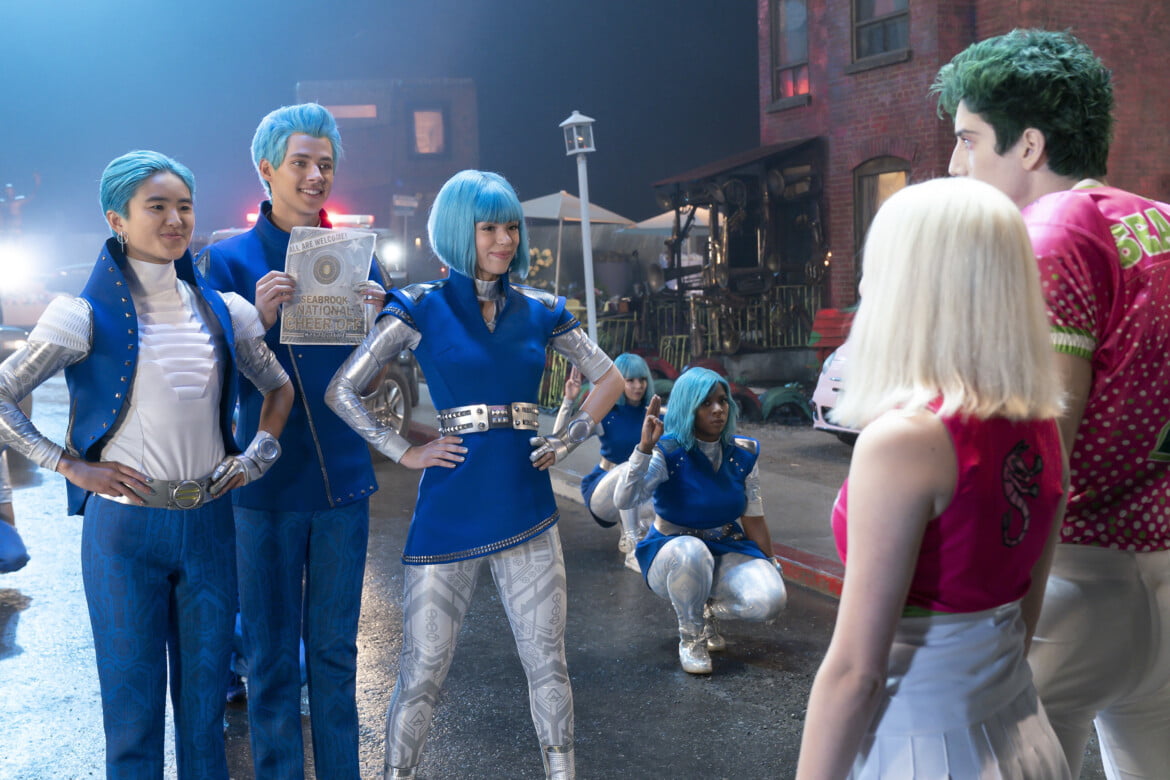 There have been zombies, then there were werewolves, and now what happens when aliens come to Seabrook? Explosions, a gigantic spaceship, and lots of trouble, to start at least.

Zombies 3 has all the music, dancing, and mischief you’d expect from a Zombies film, with Milo Manheim as zombie Zed and Meg Donnelly as cheerleader Addison. This time though, they’re joined by Terry Hu as A-spen, Matt Cornett as A-lan, and Kyra Tantao as A-li, a trio of aliens looking for something special.

They’re also not your normal kind of aliens. They’re not slimy or too weird, and they’re incredibly positive.

“Recently the key art came out of the poster,” Hu said, “and a lot of people were messaging me being like, ‘Oh, you’re the villain.’ And I was like, ‘Am I the villain?’ I didn’t even think about that.”

“They’re very positive aliens,” Cornett said. “Like, from the first moment you see them, and they walk up to Zed and Addison, they’re smiling and they’re laughing, and they’re having a great time, even though they just destroyed their town.”

“And even, the Z Patrol comes and takes them and they’re just so excited to be taken,” he added, “so it’s really fun to play that and to see them just be excited by things they absolutely should not be excited about.”

These aliens all come in kind of like a hive mind, but part of the story is them finding themselves.

“The three personalities, they become very distinct and and the way we bump heads, and seeing those connections and how they clash is very it’s fun,” Tantao said.

Watch the full interview below to find out how the three characters find themselves, compete against the other characters, and more.