The Story of Scotland, Part 4 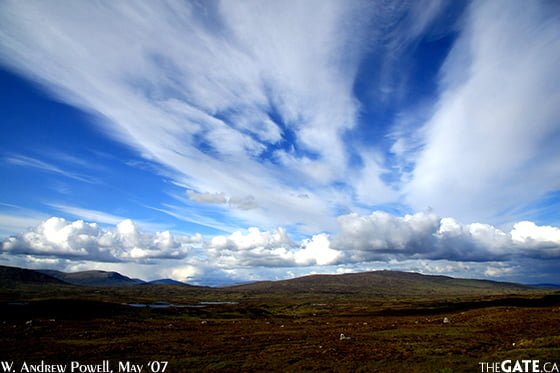 On our way back to Glasgow for our last night in Scotland we chose to stop off at a nearby castle before we even realized it wasn’t just any castle – it turned out that Doune Castle, which was used as the set for Monty Pythοn and the Holy Grail. Pick almost any room in the castle and it was used for something in the movie. We were just getting our Historic Scotland pass stamped when the guy asked us if we were Monty Pythοn fans and promptly handed us a coconut that was cut in half and attached together so you can clomp along like a knight of the round table. 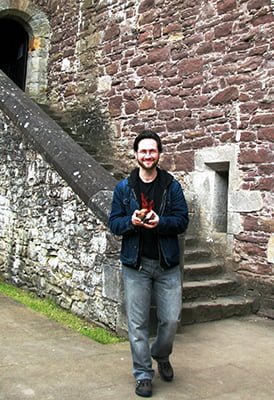 This of course led to both of us prancing in the front gates, riding our imaginary horses, and clomping the coconut together. (There’s a good 30-second video of Aisha but of course the battery died after a second of mine. Oh well.)

For the next hour or so we explored the castle – the coolest part of which was walking on the top of the battlements, and inside the gigantic fireplace that’s the width of the entire room that it’s in. There was also the makings of a small festival on the grounds, but we didn’t stay long enough to really see it.

After that we drove on to Stirling to explore, what we were told, was the best castle in Scotland – Stirling Castle. It’s a huge place, and even when we sped through a few areas it took us over an hour to see most of the place. We even got to have a seat in the Great Hall in the royal seats, where I believe the King and Queen would have sat during banquets and events.

The highlight for me was probably all of the statues, gargoyles, and figures coming out of the walls. Some amazing stone work, and the weathering on some of them has really only made them look that much more intense. We left with the intention of seeing the Wallace Monument but we were so tired by the time we got there that we decided to just take a photo and move on to Glasgow. We checked into our hotel, took a bit of a break, went out for a bite to eat downtown, and settled in that night to watch the finale of Lost, which we’d missed while we were travelling. Kind of a quiet night to finish it all off, but it was good.

The next day we packed up, had breakfast at Burger King (fast food was almost a rare treat at this point), listened to a piper and drummer play on the street, and I finally tried on a kilt for kicks. Drove on to the airport and dropped off the car (we had driven something like 1000 miles in the time we’d had it), and enjoyed our last couple of hours in Scotland before we got on the plane.

All told, it was an amazing vacation. We did more on this trip than I think we’ve ever done before, and Scotland is just such a beautiful country, with the most friendly people, and so much to see that I know we’ve got to go back soon just to see more of what we missed.

Thanks for reading my little travel log. I hope you enjoyed it. There was a lot more I could have written, and I still want to put all my best photos together in one spot, but this was my kinda-shorter version for the time being. 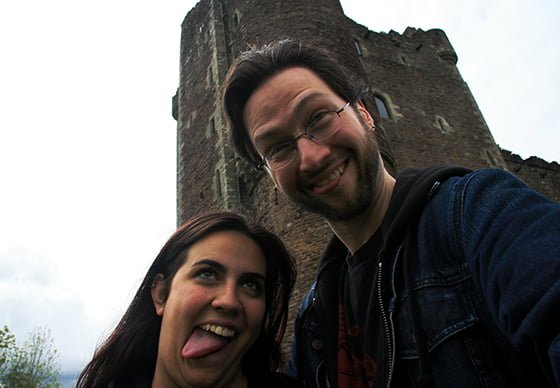 Aisha and I making faces at the Monty Pyth?n castle 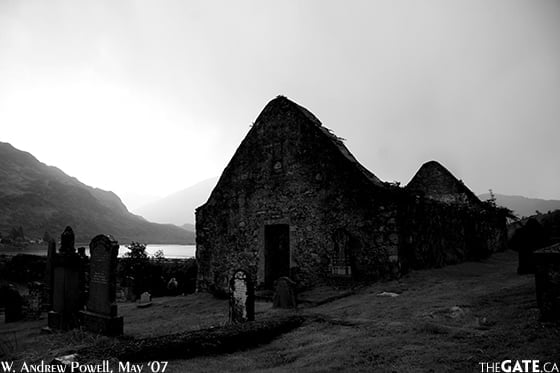 Abandoned church in the Highlands