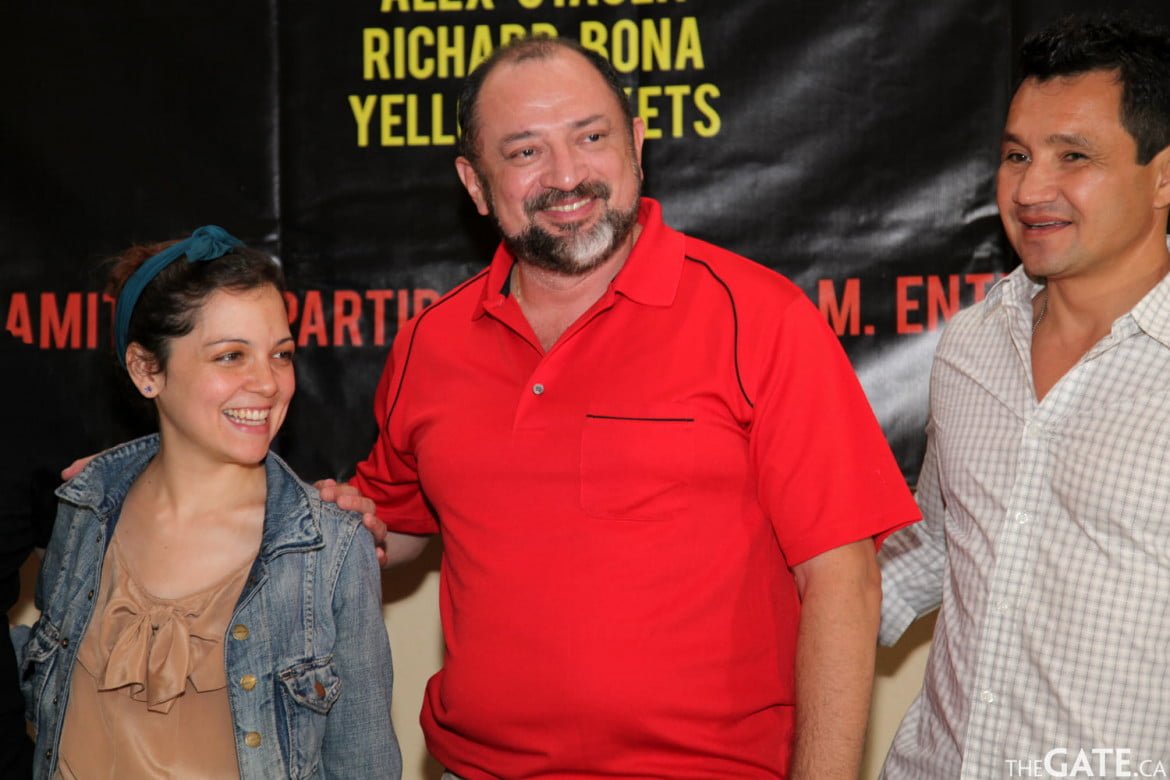 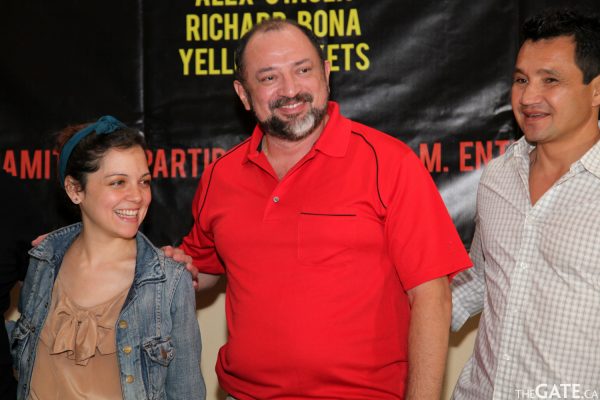 Natalia Lafourcade with organizers of the Riviera Maya Jazz Festival

Earlier this year it would never have occured to me that I would be in Mexico for a jazz festival in the fall, so when I got an invitation to fly down for the Riviera Maya Jazz Festival, it was, to put it mildy, a very nice surprise.

International press and social media types were invited down and arrived yesterday, November 23, to relax at the Mahekal Beach Resort, where we’re staying during the festival, and we started things off with drinks and dinner ahead of the press conferences and the official start of the festival this evening on the beach.

Randy Brecker was one of the first artists out in the morning for the press conferences, and he had a lot to say about his career and the joy of performing at a festival on the beach, rather than a dark night club in a city somewhere. (Although, there’s no question jazz and live music in general clearly lives and breathes because of clubs.)

Everyone who has been answering questions at the press conferences has been all smiles as they talk about the Mayan Riviera and this unique festival, which is celebrating its 9th year, and annually brings in throngs of locals, travellers, and jazz enthusiasts. Since live shows are a bit of a rarity here, there’s also a sense of pulling off a big event for the local public too, of course.

The international group of press is just a small sampling of the journalists on hand for the festival though. The rest of the group, including the huge range of Mexican journalists, is much larger and ranges from papers and television stations to bloggers, and it’s there’s a great vibe since everyone is really passionate about music.

Out of the entire group of artists–while I’m fascinated to see a lot of seasoned artists perform–I have to admit I’m most interested in seeing the opening act tonight, Natalia Lafourcade, who comes across as a bubbly, passionate spirit. From what I’ve heard of her online so far, she’s an incredible singer and performer, so it will be interesting to see what she’s like tonight.

On top of that though, we’re also being treated to some local site-seeing, with a trip to Punta Venado tomorrow, to ride ATVs or horses along the beach, and then a trip to Rio Secreto, which I’ve been told is an amazing experience walking through caves with a river running through it.

As much as I can, I’ll be posting more in the next couple of days, as time and the internet connection permits. 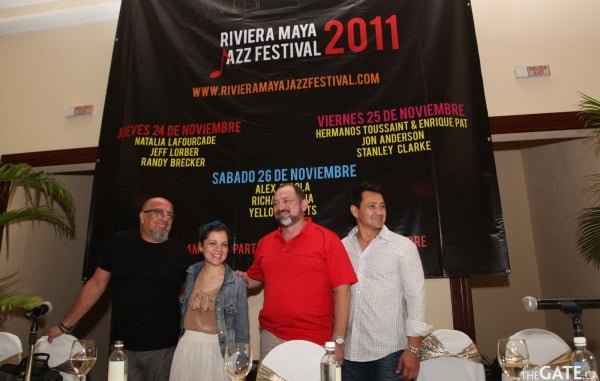 Dear Thegate,
This might be off topic, however, I am having my wedding in the beginning of May at the RIU Palace Riviera Maya and I am looking for a remote place to honeymoon around this area. We want to stay in a bungalow that is secluded and on the beach. We are looking in Akumal or anywhere nearby. We are laid back and love the jungle and nature, but we still want a bit of luxury. Does anyone have any suggestions?
Regards