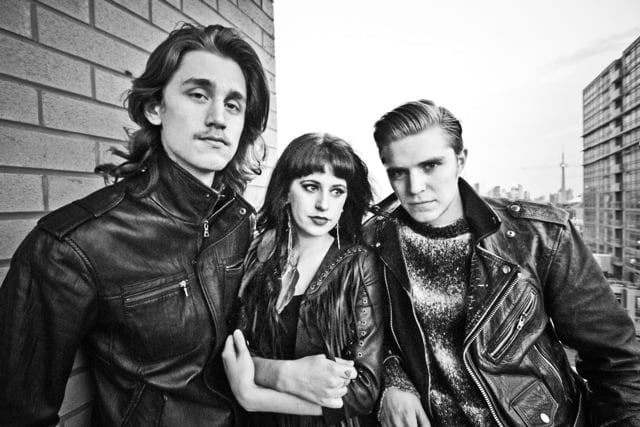 Last year turned out pretty well for this little blog series I like to call Video Hits, so I wanted to start 2012 off right with a song that would kick some ass, and I think I found that in spades with The Balconies’ “Kill Count”.

The first reason I picked The Balconies was simply because they’re a solid Toronto band who have put in their dues, but what really sells them to me is that they have a brisk, fervent sound that bubbles over in the most infectious way. Every song on the Killer Count EP is under four minutes, and yet each songs make me realize I really need to see the band perform on stage again really, really soon.

If the video for “Kill Count” makes you feel the same, you can catch them in Toronto with Nightbox at the Horseshoe Tavern on January 28.

As for the video, I’ll admit I included it more for the song, but the video is still memorable–it’s just a little odd. The band is in a wrestling ring, they’re rocking out, and then a bunch of wrestlers start wailing on each other? The band looks killer, the song is solid, and the visuals are pretty fantastic, but why do the guys bust up into computer bits when they’re slammed? For that matter, why does the band barf up bits at the end?

“Kill Count” by The Balconies


Video Hits is a semi-frequent spot where I feature a new music video to admire, mock, and discuss. From the great to the awful, whether they’re from twenty years or twenty minutes ago. Check out the back catalogue from 2011 over at Vevo.