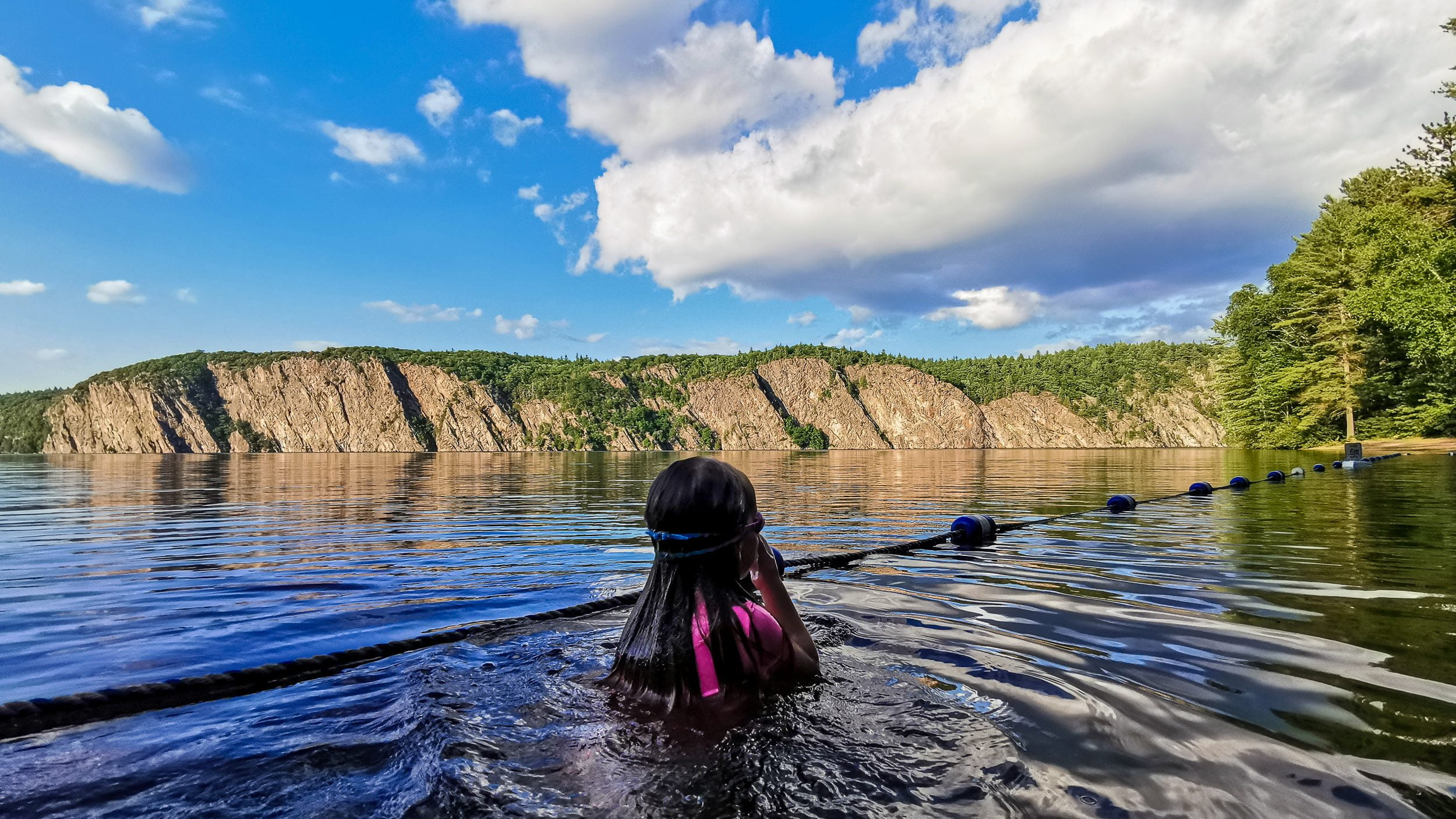 If I had the chance, some day I would love to spend the summer at a cabin or in an RV somewhere. Every year I look forward to summer vacation, and nothing really beats getting out of the city for a few days to one of Ontario’s incredible forests, nestled along a lake somewhere.

For the last few summers, my family has planned our summer vacations around the cabins available at some Ontario Provincial Parks, and this year we picked Bon Echo for a nearly week-long trip. We started with a stop in Picton to explore the phenomenal new inn, Merrill House, a 141-year-old house that just reopened after extensive renovations, and then we drove to the park for five days of relaxation.

The trip also meant that we needed the right vehicle for the nearly 1,000 kilometres I was going to drive, so we were fortunate to have Ford provide us with the 2019 Explorer Platinum, and it really helped make the trip a lot easier, from adaptive cruise control, to features like the Wi-Fi hotspot you can enable for internet on the road.

There’s so much to see around Picton and The County that we barely scratched the surface, especially with food, wine, artists, and distilleries, but this was the first time I really felt like I had a chance to explore the area, even though I’ve been there a couple of times before.

Within about a 30 minute drive in any direction from Picton, there are dozens and dozens of places to check out for anyone who wants to explore the county. You could easily spend a week in PEC just trying new food and wine, and Merrill House is a great place to stay and enjoy the area thanks to the incredible rooms, wall-to-wall art and history, and their fantastic menu.

Back on the road on Thursday morning, we headed north to Bon Echo, with a couple of stops along the way for snacks and then groceries for our stay. The town of Northbrook is really close to Bon Echo, and they have a great Foodland, but we also loved Grand’s General Store near the park in Cloyne, since they had a few good camping supplies, but they’re also a Greco Pizza store. And we stopped at Maz Paddle Shop a few times while we were at Bon Echo too, where you can buy kayaks, camping supplies, or get an ice cream.

When we got to the park, a torrential downpour hit, but after that, we had the most perfect weather the whole trip.

The park is huge, with a lot of trails, lakes, and areas to explore, and our cabin was frankly perfect in the middle of a beautiful forest with winding roads, lots of wild features, and we were right on the edge of Bon Echo Lake.

For five days, from Thursday until Monday, we hiked, swam, had campfires with s’mores and other goodies, cooked on the BBQ, and just generally changed our whole routine. It was some of the best family time we’ve had together all year aside from the New Brunswick road trip.

We are headed away again for a couple more days of cabining (it’s not really camping) in August, and we have some other trips this year to come, but it was a little hard coming back from this trip since we planned and looked forward to it all year. The only great thing is knowing that in six months we’ll be booking next summer’s adventure, and looking forward to where that takes us next year.

And coming back to the Ford Explorer, I’ve got to say it made all the difference in camping. While I was driving I had the massaging feature on, to make it a little more relaxing, and although the park hardly had any cell phone service, we used the car’s hotspot (which was on a different network than ours) to gave us the chance to get connected to the internet briefly.

The Explorer was also the perfect size for us, giving us enough room to bring even a small telescope and my gadgets and gear for shooting photos and video, beyond all our other necessities.

I love the Ford Edge and the Escape, but the Explorer is a bit roomier, and with the Platinum, the 3.5L EcoBoost engine really gives you a lot of power on the road when you need it.

Coming up next I’ll have the full story on driving with the SUV, plus stories on Merrill House, The County, Bon Echo, and a bunch of videos and photos. I’m also working on a story with cooking tips for campers, and one of my favourite cocktails from the trip, the Moscow Mule.