It’s funny to me to think that when I started covering CMW a few years ago barely any of the bands had websites. Now I can’t even imagine picking who I’d like to see without hearing a few songs online. Oh yes, how the times have changed. Maybe that takes some of the spirit out of it, but I have to admit, it also leads to a lot less disappointment.

So my big big complaint this year with the Drake is simple – what’s with the huge gaps between acts? I caught the end of Shad, and then had to wait for Tin Bangs to take the stage, and then they only played for 35 minutes, and there was another 20 minute gap between acts. At the larger venues I get that they need time to setup, but at the Drake it seemed even longer than the usual, and setup only took 5 minutes. 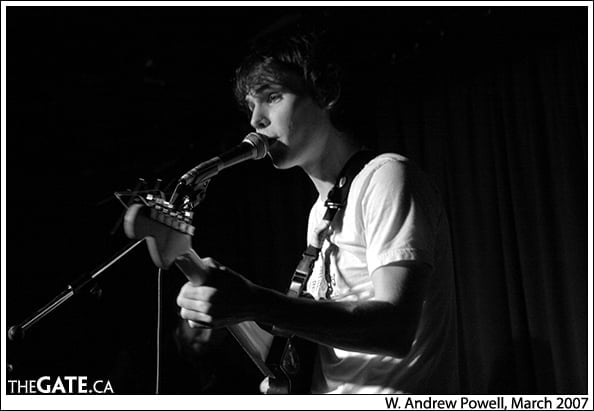 That said, Tin Bangs were pretty cool. In the land of expensive booze the indie crowd descended on an act I almost imagined was Brit-based, but turned out to be Toronto-based, but maybe Brit-inspired? The lead singer just oozed cockney attitude all over the place, and while that wasn’t altogether unique, they were very cool, and the guitars were nicely crunchy.

Only complaint might be that they suffer on the slow songs, which droop under the weight of his voice, and the fact that they don’t quite have the melody to pull it off. 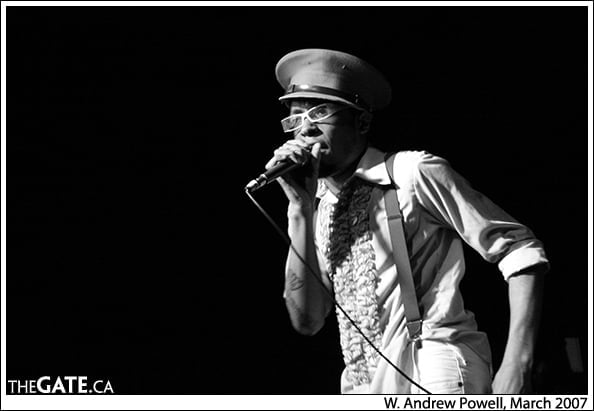 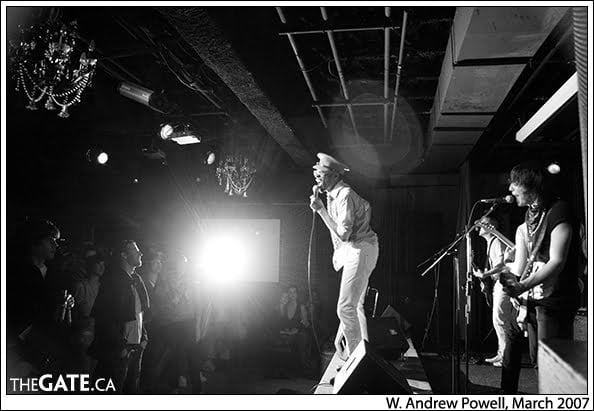 Up next was Curtis Santiago, and what was once the Vendetta Republic, but had apparently undergone a group/name change. Santiago and his retro-rawk pals barreled through some super stylish, retro rock like they had mission set upon them by God, or the Devil or something. In his pink-ish sunglasses, and what was at first an 80s blue pullover, Santiago left what I can only call a lasting impression – especially with the song “Annabel” that he dubbed a sort of “R. Kelly” track.

For the first time playing together, they were damn good, especially on tracks like “Fashion Whore” where the band’s image kind of intersects with the music.

After that I jetted off to Holy Joe’s to catch Hilltop Productions, who turned out to be even more energetic than even Curtis Santiago. They were literally red hot, taking up every inch of their performance space and coming off as that all too rare natural act that most bands can only dream about. Definitely born performers, and that’s not something I think can be said about a lot of up & coming R&B acts.

Hilltop Productions managed to really peak on their last track, saving their best for last. 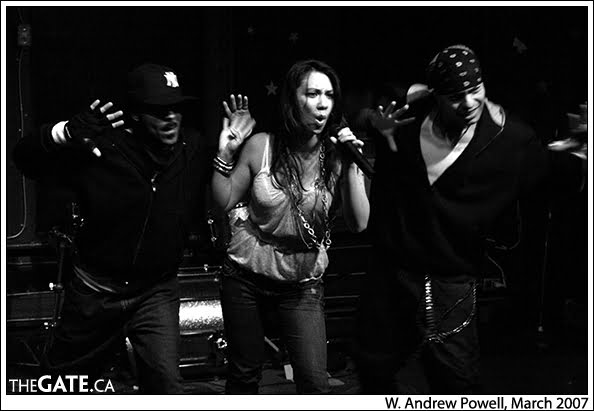 And finally, it was time for Cory Lee to take over the space, along with two dancers, she sang her way through a bunch of her best music and got the crowd roaring at every inflection. This was my first chance to see her perform, and while there was a fair bit of backing audio going on, since there was little room for a DJ or band, you couldn’t miss her vocals jumping, and diving through the tracks. She’s another natural singer, with that special kind of personality that draws you in. Looking forward to seeing her though at a bigger venue with a real band. 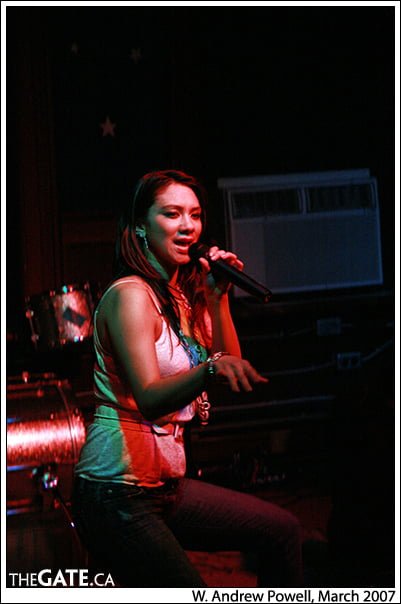