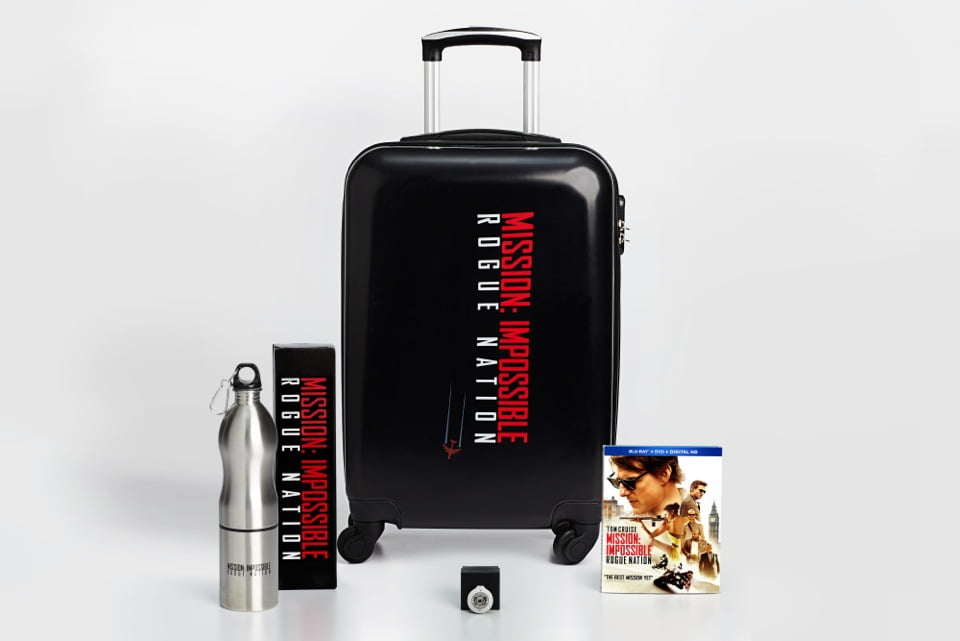 The GATE and Paramount Home Media Distribution are giving away a chance to travel in style this holiday season with Mission: Impossible – Rogue Nation and a Blu-ray combo pack that includes a carry-on suitcase, water bottle, and tracking device.

Mission: Impossible – Rogue Nation is available on Blu-ray Tuesday, December 15, and to celebrate the release The GATE is thrilled to give away this special prize pack that has Tom Cruise once again starring as super spy Ethan Hunt as he takes on another huge, death-defying mission. The film also stars Jeremy Renner, Simon Pegg, Rebecca Ferguson, Ving Rhames, Sean Harris, and Alec Baldwin.

Synopsis: “With the IMF disbanded, and Ethan (Tom Cruise) out in the cold, the team now faces off against a network of highly skilled special agents, the Syndicate. These highly trained operatives are hellbent on creating a new world order through an escalating series of terrorist attacks. Ethan gathers his team and joins forces with disavowed British agent Ilsa Faust (Rebecca Ferguson), who may or may not be a member of this rogue nation, as the group faces their most impossible mission yet.”

Giveaway Details: The GATE’s Mission: Impossible – Rogue Nation giveaway is open to residents of Canada who are over the age of 18. Total value of the giveaway is approximately $200. Contest closes on December 16, 2015 at 11:59 AM (ET). The chance of winning depends on total number of entries.