Director Rian Johnson takes fans on an intimate journey into the creation of Star Wars: The Last Jedi in a feature-length documentary, explaining his unique interpretation of the Force, detailing the painstaking process of creating Snoke, and deconstructing action-packed scenes from the film such as the epic space battle and the final confrontation. Johnson also reveals two exclusive scenes, featuring Andy Serkis as Snoke prior to his digital makeover, as well as 14 never-before-seen deleted scenes, in addition to his audio commentary.

Daisy Ridley as Rey in Star Wars: The Last Jedi

Giveaway Details: The GATE’s Stars Wars: The Last Jedi Blu-ray giveaway is open to residents of Canada who are over the age of 18. Contest closes on March 30, 2017 at noon (ET). The chance of winning depends on total number of entries. This prize is valued at approximately $25. One entry per person. The prize cannot be exchanged for cash or any other form of credit and the prize may not be exactly as shown. The GATE reserves the right to make substitute the prize for another of equal or greater value. 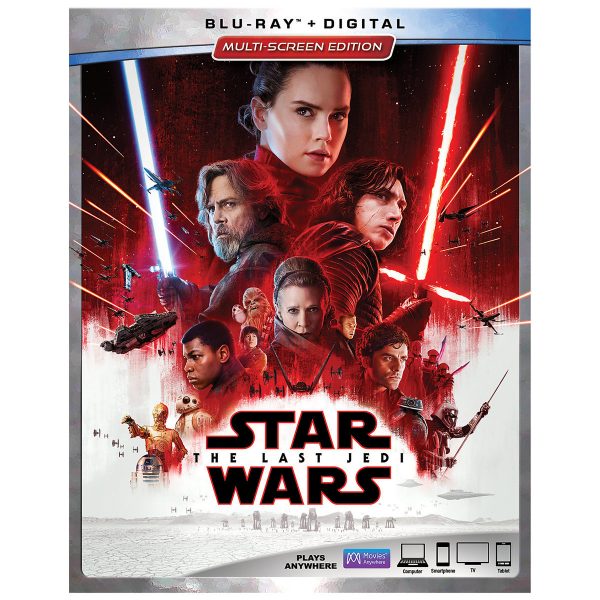