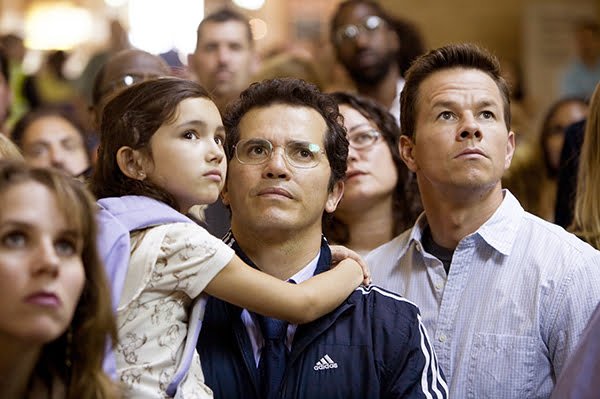 Edward Norton stars in The Happening

Ready or not, here comes another M. Night Shyamalan movie. This time the apocalypse has arrived, and people are falling victim to an unknown contaminant that is making people kill themselves. If that sounds a little too weird, The Incredible Hulk smashes its way into theatres with Edward Norton as the scientist who can’t control his huge, green rage. My pick of the week though is the funny, sexy drama, with the title that has some people already offended: Young People Fucking.

The Happening
After sitting through Lady in the Water and especially The Village, I have gathered a level of disdain for M. Night Shyamalan that makes me feel uneasy. Granted, the Sixth Sense and Unbreakable were both really fantastic films, and Signs was only mildly annoying, but since those carefree days of Shyamalan budding career, I have grown tired of his tricks and the sometimes over-the-top plotlines.

That said, I still get excited when I hear about one of Shyamalan films based solely on the fact that he knows how to deliver a good chill, and his stories are always wonderfully weird and bizarre.

The Happening stars the talented Mark Walhberg, Zooey Deschanel, and John Leguizamo in a film about… well, it’s hard to say, isn’t it? Shyamalan’s films tend to be under tight lock and key, and I’m reluctant to give too much away about the plot. What I can tell you is that another apocalyptic event is taking place where people across America seem to be dying, and Walhberg plays Elliot, a school teacher who is trying to escape the growing problem with his estranged wife Alma, played by Deschanel, their daughter, and their friend Julian, played by Leguizamo.

At first, people think the death toll has been caused by a terrorist attack using some toxin, but the symptoms are very strange. At first, victims lose their ability to speak, then they get disoriented, and finally, they commit suicide.

Latino Review, a website that reviews early film scripts, suggested earlier this year that Shyamalan’s new film lacks the director’s trademark “twist” near the end. The site also praised Shyamalan for writing a very enjoyable script. Early reviews of the film seem to confirm all of this, although Robert Wilonsky of the Village Voice calls the film “Effective nonsense, chilling nonsense, occasionally wrenching nonsense.”

It is pretty safe to say that if you don’t want to watch a big, green guy smash up a city, and you’ve liked Shyamalan’s previous films, The Happening should keep you firmly planted in your seat this weekend.

The Incredible Hulk
Following up after Ang Lee‘s brooding, but successful Hulk in 2003, this sequel is as much a reboot for the Marvel hero as Batman Begins or Superman Returns was for those comic book franchises. The difference here is that, where fans had issues with Lee’s style and the very cerebral view of Bruce Banner, The Incredible Hulk is set to be one mighty popcorn flick, and that’s about it.

Edward Norton, an incredible actor who seems to be fishing for a money-making franchise, stars as Banner, the mutating scientist who transforms from a tiny man into a raging… err, hulk. While he is looking for a cure to his problem, another group of men wants to harness Bruce’s power, and has create an anti-Hulk known as the Abomination. As you might expect, the two will face off, eventually wrecking havoc on the streets of New York City (for the record, it is very clearly Toronto).

Next to Iron Man, The Incredible Hulk has a lot to prove, but this weekend it will still reign as the top popcorn flick for audiences. As Garth Franklin of the website Dark Horizons commented, “[The Incredible Hulk is] good enough for its fans and a decent enough actioneer for the rest of us.”

Young People Fucking
The title alone has been causing a stir for months, and even though audiences whole-heartedly accepted it during the 2007 Toronto International Film Festival, it has faced a lot of commentary by people who haven’t even seen the film yet.

All of that changes this weekend when Young People Fucking opens Canada, and if you can get past the button-pushing title, the film is sure to impress.

The entire cast is really a fantastic mix of talented, funny actors, and for the timid, there really is nothing shocking about the scenes in this film. Unless you have an unhealthy issue with nudity, YPF is a lot of fun and it’s entirely worth checking out for the scenes with Aaron Abrams and Carly Pope, plus hilarious performances by Kristin Booth, Josh Dean, and Ennis Esmer, to name just a few of the stars.