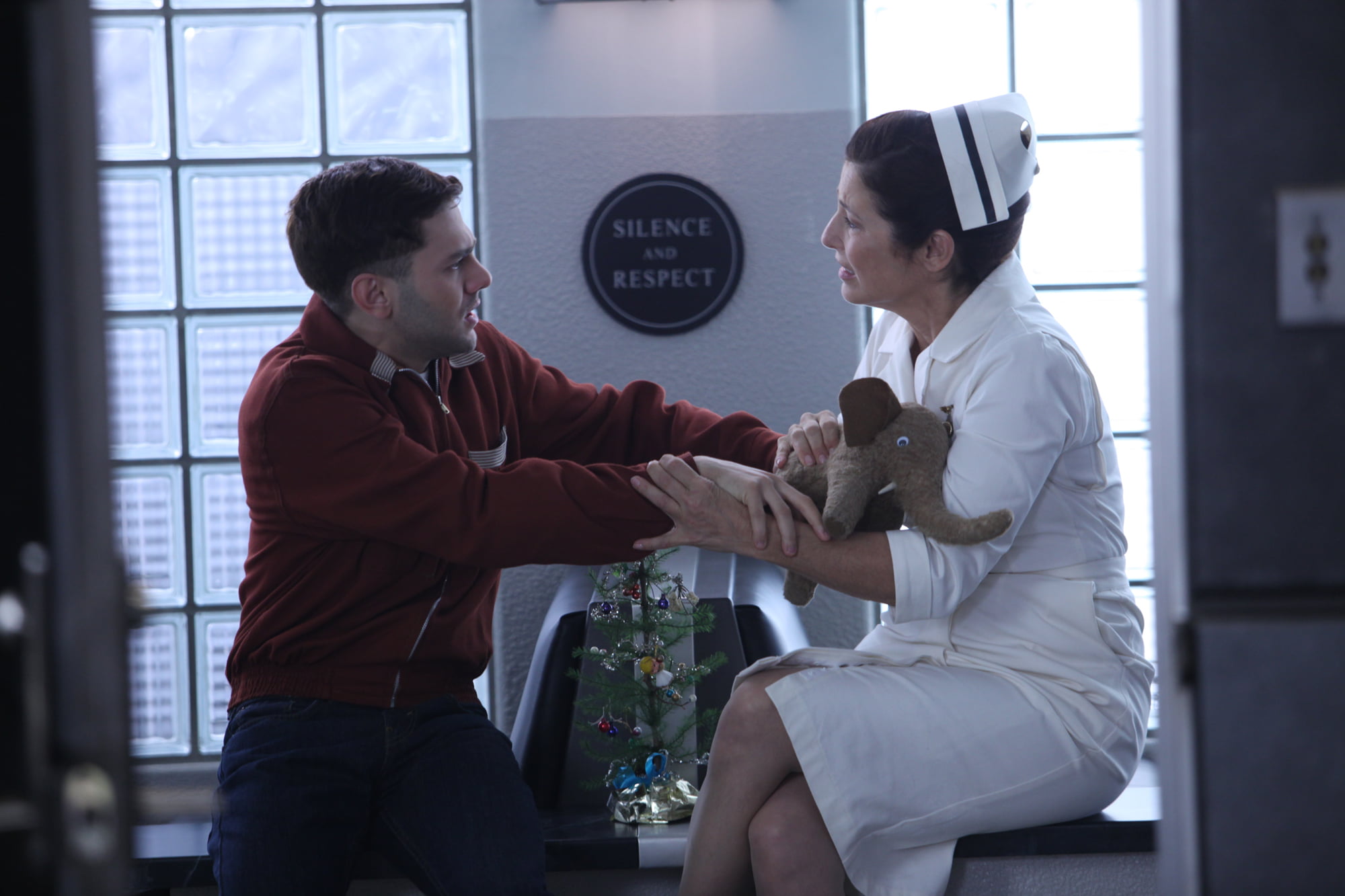 Catherine Keener has a passion for Canadian film that she earned while working on director Charles Binamé’s Elephant Song alongside actors Bruce Greenwood, and Xavier Dolan, and she’s proud to talk about it, especially now that she understands how hard it is to make a film in Canada.

Speaking to the actress during last year’s Toronto International Film Festival, Keener was thrilled to talk about her love of TIFF, Toronto, and her co-stars and co-workers.

Elephant Song is in theatres now in Toronto and Ottawa, and it opened today, March 6, in Vancouver.

Question: How did you get involved in making Elephant Song?

Catherine Keener: “Charles Binamé got in touch with my agent. He sent the script in and when I read it and met with him I was sort of–I just really wanted to work for him. I think he’s tremendously talented and has a graceful way of going about things.”

“When I talked to him–I didn’t know of him, and then I watched his work and I think he’s just so talented. He’s the kind of person you want to work for in that he’s very dedicated. He cares a great deal about–not just form, but content. A lot. He’s just an honest person and lives his life that way, and that’s how he went about making movies.”

“For me, a big component of working is the director because it’s sort of what they say–[a fish] stinks from the head [down]. And, you know, he was just going to surround himself with people who he felt he could trust. And I just felt that if he’s making the decisions, I’m happy.”

Q: Did you think at all about the fact that this was a Canadian film?

Keener: “I have to say that I’m very excited to be part of that. I’m happy to be a part of that. Obviously there’s a boat load of talent here. I work in Canada all the time so I didn’t even know there was a real distinction.”

“I’ve worked in Winnipeg and Toronto a million times. Montreal now, and Vancouver, and I love Canada, and I love working here.”

“But Charles made me aware of what the process is for a Canadian filmmaker to actually get a movie made, and it’s pretty difficult and you do it with not a lot of money. Comparatively, what we’re used to in the States is a whole different thing. And I have to say the quality is fucking amazing considering how hard it is to get it done and it really is–there’s quite a process to even get selected to have your project made.”

“There are so many things that we in the States should emulate [from] here. So many Canadian modes: politics, health care–so many things. Attitudes about guns and stuff that we could learn from our neighbours, and including that there are some great artists that I didn’t have any idea about.”

Keener: “Like Charles and Xavier, who I didn’t know either. I learned who he [Xavier] was from a friend of mine who’s French–a really very close friend of mine. She said ‘he’s this amazing new director.'”

Q: What was it like on set when you were filming?

Q: The dynamic is very special in the film.

Keener: “Oh, thank-you so much. That had to do with Charles setting the tone.”

“We all wanted to do the right thing because he put forth what the right thing was, that there was something that we had to respect about this, and he kind of led by example. We had fun but we were serious about it. He knows that a light should be shone on it.”

Q: In terms of your career, how do you choose what comes next? There’s almost a rhythym to the films you’ve done over the years, I would say.

Keener: “Honestly there’s nothing conscious about it. The only thing that’s conscious is to try and stay–just your ears open and your mouth shut more. Do you know what I mean?”

“You have to hear what’s happening and who’s saying it and just pay attention, and then move on an impulse because that’s what we’re doing. That’s what our job is–it has to do with moving on our impulses and it should be followed when you’re going after jobs. All of it in between is work too.”

“It’s kind of a professional of study, and who doesn’t want to do that all their lives? It’s the luckiest job. It really is.”

Keener: “Then get out because it’s hard. You have to want to work.”