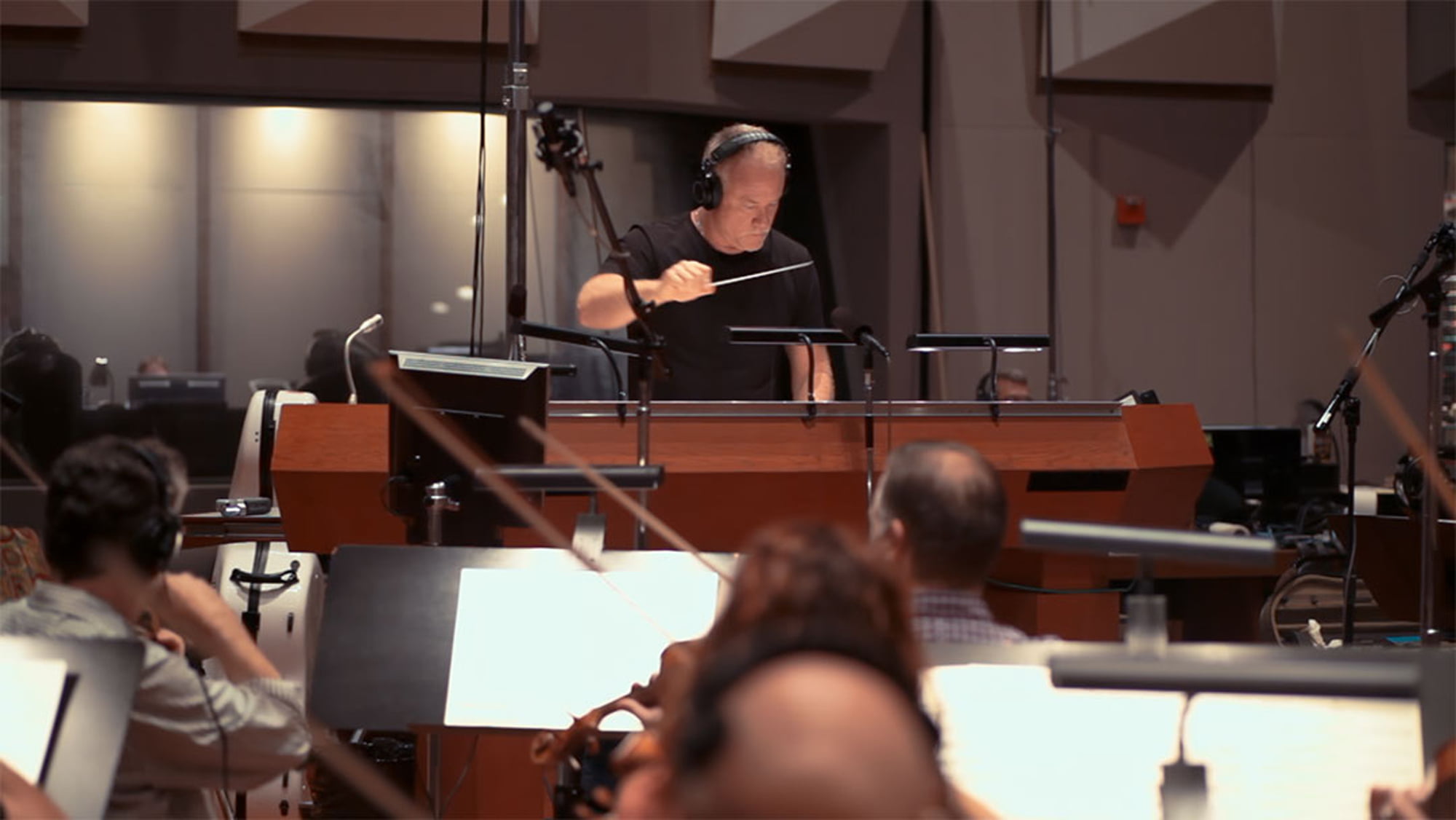 Soaring and rousing musical scores from beloved motion pictures have become some of the most iconic instrumental pieces ever composed, and with documentarian Matt Schrader’s debut feature, Score: A Film Music Documentary, these unseen and underappreciated emotional beats get an entertaining and thorough celebration. It’s not a critical film or one meant to spark any debates as to where film composition has been or where it’s headed in the future, but for cinephiles and audiophiles alike, it’s a charming, appealing documentary.

Schrader naturally begins at the beginning when organists of the silent film era would play pre-written sheet music or improvise a musical score, often to drown out the noise from the projector. Schrader moves on to look at how the implementation of motifs established some of the most memorable film compositions, the impact that jazz, rock, and electronic music have had on scoring, and even how different cities produce their own unique orchestrations. From the birth of the talkies to the boom period of orchestration in the 1970s and 80s to the modern blockbuster landscape, Schrader keeps going back to look at historical trends and the evolution of cinematic sountracking, but never loses his film’s major thread and thesis: films are a visual medium, but they would be severely lacking if not for the people who helped to score and underline some of cinema’s most memorable moments.

Score: A Film Music Documentary spends plenty of time with notable composers, and as the history lesson unfolds, big names in the industry pop up almost on cue with whatever time period is being talked about. There’s a section devoted to John Williams, somewhat inarguably the biggest name in film composing, but he’s also one of the few interviews that Schrader wasn’t able to get. That’s both an unfortunate and understandable omission, but it’s of little consequence when Schrader is able to get in depth discussions going with the likes of Hans Zimmer, Danny Elfman, Trent Reznor, Quincy Jones, Mark Mothersbaugh, and Randy Newman, just to name a tiny handful. If they are alive and have made a significant impact on modern film scoring or the history of music, Schrader has gone admirably out of his way to make sure they’ve been interviewed for the project. And if they have passed away, like Jerry Goldsmith or Bernard Herrmann, people are still on hand to credibly talk about how they changed and forwarded their art form. 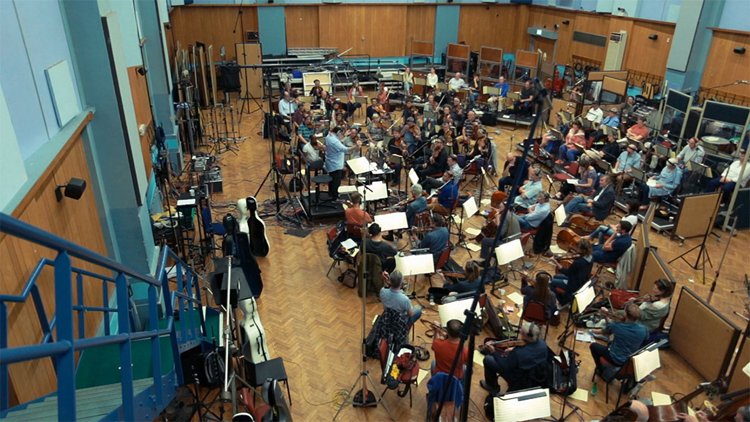 Schrader wants to not only look at the movements and individual notes that make some of the best scores of all time memorable, but also at the process by which such music is created. Thanks to the often protective nature of studios, some of the films that Schrader is allowed to go behind the scenes on are less than memorable (including The Gunman, Mother’s Day, and Race, but he does get to sit in on sessions for Minions and Mission: Impossible – Rogue Nation), but what emerges is a deeper appreciation for the recording process. From a composers ability and trepidation at being asked to create large scale musical pieces while under a pronounced time crunch to the conducting of entire orchestras made up of some of the most talented sight readers in the world to the lengthy engineering and editing process, Score: A Film Music Documentary shows how the magic is made, but never loses a sense of wonder and gratitude.

While most of the composers profiled in Score: A Film Music Documentary readily admit that music has been used in cinema as an emotionally manipulative tool (with psychological experts also interviewed for a better understanding of how music works), there’s no critical discussion to be had here about the merits of certain approaches against others. Similarly, no one pops up to say that certain trends of the past or present were overused or a blight on scoring, leading to a film that suggests there’s no wrong answers when it comes to such musical composition. Schrader’s film is the kind of work that wants to celebrate the greatness of film scoring and ignore the bad or contentious entirely. Such exclusion leaves a bit of a hole thematically and intellectually, but it’s also such a well constructed and charming film that’s hard to argue with in the first place.

Schrader has a pronounced love for film scores, and the filmmaker’s joy infects every frame and note of his documentary, right down to an elaborate sound mix that makes sure every score being talked about gets mixed and played back for the viewer as it was intended to be experienced in a theatre. Few documentaries can be considered big screen experiences nowadays, but Score: A Film Music Documentary is certainly one of them.

Check out the trailer for Score: A Film Music Documentary: