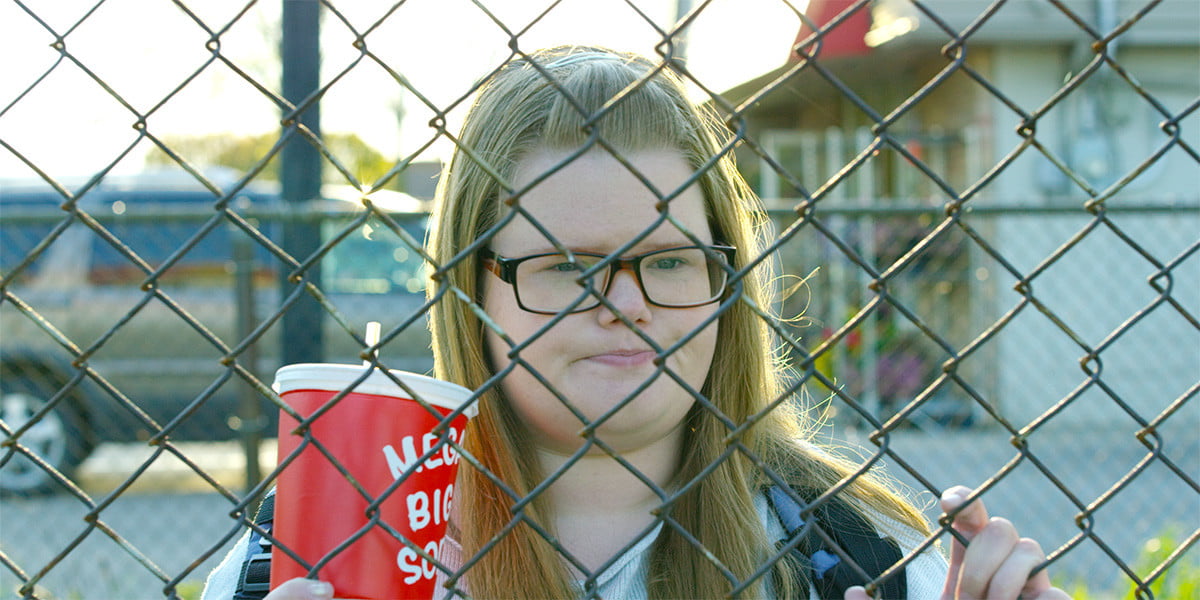 Toronto Filmmaker Pat Mills, wrote and directed his first feature film Guidance in 2014, and now he’s back with Don’t Talk To Irene, a follow up that in my humble opinion is charming and inspiring. 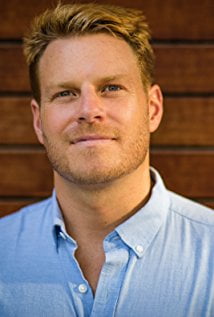 Don’t Talk To Irene (which debuted at the recent Toronto International Film Festival) stars Peterborough native and newcomer Michelle McLeod as Irene, the most picked-on girl in school. The other kids are relentless, but this doesn’t stop this young lady’s tenacity or stop her from wanting to become a cheerleader, like her mother was, (who by the way, doesn’t treat her much better than her classmates). When Irene gets suspended and must do community service at a retirement home, she finds herself making friends for the first time, and recruits some of the residents to help with a dance routine for a talent show.

While the story of a picked-on high school girl triumphs in spite of bullies and societal norm might sound familiar I’m pretty certain you’ve never seen ANYTHING where the protagonist’s mentor and guidance advisor is 90s icon Geena Davis. Irene communicates with Davis via a League of Their Own poster that hangs on her ceiling, and Geena doles out some great advice.

The film is full of charm and Michelle McLeod gives a breakout performance worthy of some real attention. You root for this gal from the very beginning and it’s impossible to resist her charm and determination.

I spoke with Pat Mills and Michelle McLeod during the Toronto International Film Festival about working on the film and having Geena Davis around for some inspiration. 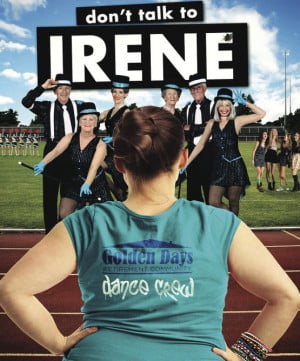 Where did this idea come from?

Pat: I went to North Bay Ontario for a weekend many years ago and I saw this girl every where I happened to go. For some reason, she just caught my eye. She was this amazing, 13 year old chubby girl that just had this cool thing going on and I remember thinking, ‘who is that? What is her story?’ From that, I created the character of Irene. I’m influenced by those feel good movies from the 80’s and the 90’s like Working Girl, I just love those uplifting stories. Plus I took a little from my own life when I was bullied in High School , so all of those things just came together to create this movie.

Michelle, she’s a great character to have the opportunity to play. What was your initial reaction when you read the script?

Michelle: It was really funny and i thought she’d be a super fun character to play. It definitely resonated with me as well, especially all of the bullying, dealing with overweight issues and creating your own path in life. I loved that it was about a girl who owned who she was and was determined to push through. It was really a perfect fit all around.

That’s what I loved most about her, it was really hard to pull her down. Did you relate to that?

Michelle: Absolutely! I think I related most to her in the sense of being an actor because since I was about 11 years old my focus in life was wanting to act. I knew that it was going to be really hard, and I knew that there was going to be ups and downs but I never gave up and I am still never going to give up no matter what happens in life. A lot of people told me that it may not work out, especially because of the way that I looked so that’s why this movie is SO awesome because it’s basically a “screw you” to those people.

Michelle: Oh yeah, I’ve been told that I don’t fit into that norms of what a successful actress should fit into or might look like so for me it parallels the whole cheer leading story line in the film with Irene because she’s her own cheerleader in life and I feel like I’m my own cheerleader. She’s a great role model and I was truly honoured and thankful to Pat to have me play her.

What surprised you or impressed you about Michelle once you started working with her? 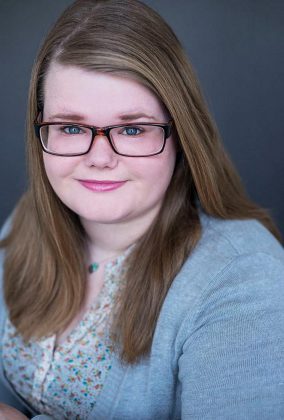 Pat: To be honest nothing really surprised me because I knew how great she was but what two delighted me was that she was just so excited to be there. This was her first big role everybody kind of fed off of that energy and everyone just had a really good time being at the shoot because like the nucleus the star of the movie was having such a good time. She just shown this light on the entire production and everyone was just really happy to be there mainly because of Michelle and her energy. One thing that really did impress me was her ability to improvise. Michelle has done a lot of improv and she was able to do her regular improv comedy with the reference of Irene as a character and that was pretty cool.

Michelle: I don’t really find improv easy but I love it. I don’t know what happens when I try to improv but my brain transforms into this whole other space and it’s just the most fun and freeing as well because you know there are no boundaries you can just do whatever you want and you know you can learn a lot.

Pat: It loosens you up so you have an easier time sticking to the script. We would always do at least one take up of improv and go back to do what was written in the script.

Was it luck or tenacity getting someone like Geena Davis on board. Did you write the script with her in mind?

I did! We had an American casting director who said she’s not likely going to do this so have a list of people who you might want instead as a back-up plan. We sent the script to her in a letter because I’m a huge Geena Davis fan and then I got an email maybe a week later saying that Geena read the script and wants to have a conversation with you. I won’t lie, I was freaking out! I kept thinking she’s gonna call any minute now and I just waited by the phone and when we finally spoke we had a really good conversation. She had some questions about the script she wanted to see my previous film, Guidance before committing to this film. I got the call a week later that she was officially on.

Pat: She came to the set and she was just amazing and was a joy to work with. We spent a day working on the interpretive dance scene with with Michelle and it couldn’t have been more fun.

She has quite a good sense of humor, your script was obviously you very funny but did she ad lib at all?

Pat: She did ad lib a bit. She likes to poke fun at herself and was completely open to changing things around and offered us some wonderful suggestions that worked so well for the film. She got to be self-deprecating and I didn’t have to force her to insult one of her movies.

Do you have a favourite Geena Davis film?

Michelle: I watched A League of Their Own when I was super little, I actually wanted to be a professional baseball player when I was because of that. I love Beetlejuice too.

Did you tell her that?

No way! (laughs) I was just trying so hard to be cool and composed around her.

I just loved the scenes with the senior citizens. How much fun did you have with that?

Michelle: They were the coolest people I’ve ever met in my life they’re so funny and and they were just a ball of energy and they made me laugh everyday on set. We became this little family, it was such a great experience.

How open were they to learning the dance and cheerleading routines?

Pat: Everyone was game. We shot that parking lot dance scene early on on the schedule and everyone really bonded around learning the choreography together. Now I I think that kind of solidified Michelle’s relationship with everybody. It kind of got the awkward stuff out of the way because once you have learn a ridiculous choreographed dance together it really bonded the cast.

Was that challenging for you?

Michelle: I loved it. Everyone was super supportive when that came because we did dance lessons and Pat came and did dance lessons with me. I’m sweating doing all these crazy dance moves but yeah that was really fun. I don’t claim to ever be a dancer but just having that experience and learning some of the routines was super fun and everyone helped me through each step. It was definitely that dance scene was one of the most memorable for me.

What are you hoping audiences will take from this film, especially people who bully?

Michelle: It’s not necessary. You can go through life by just accepting people for who they are. It’s not hard to be a genuinely nice person and appreciating an individual for who they are just like you want to be appreciated for who you are. So I if it sends a message to people to that you don’t have to be defined by social norms and you don’t have to submit to peer pressure. Just be who you are and live your best life.

Don’t Talk To Irene opens in select theatres in Canada on September 29th.