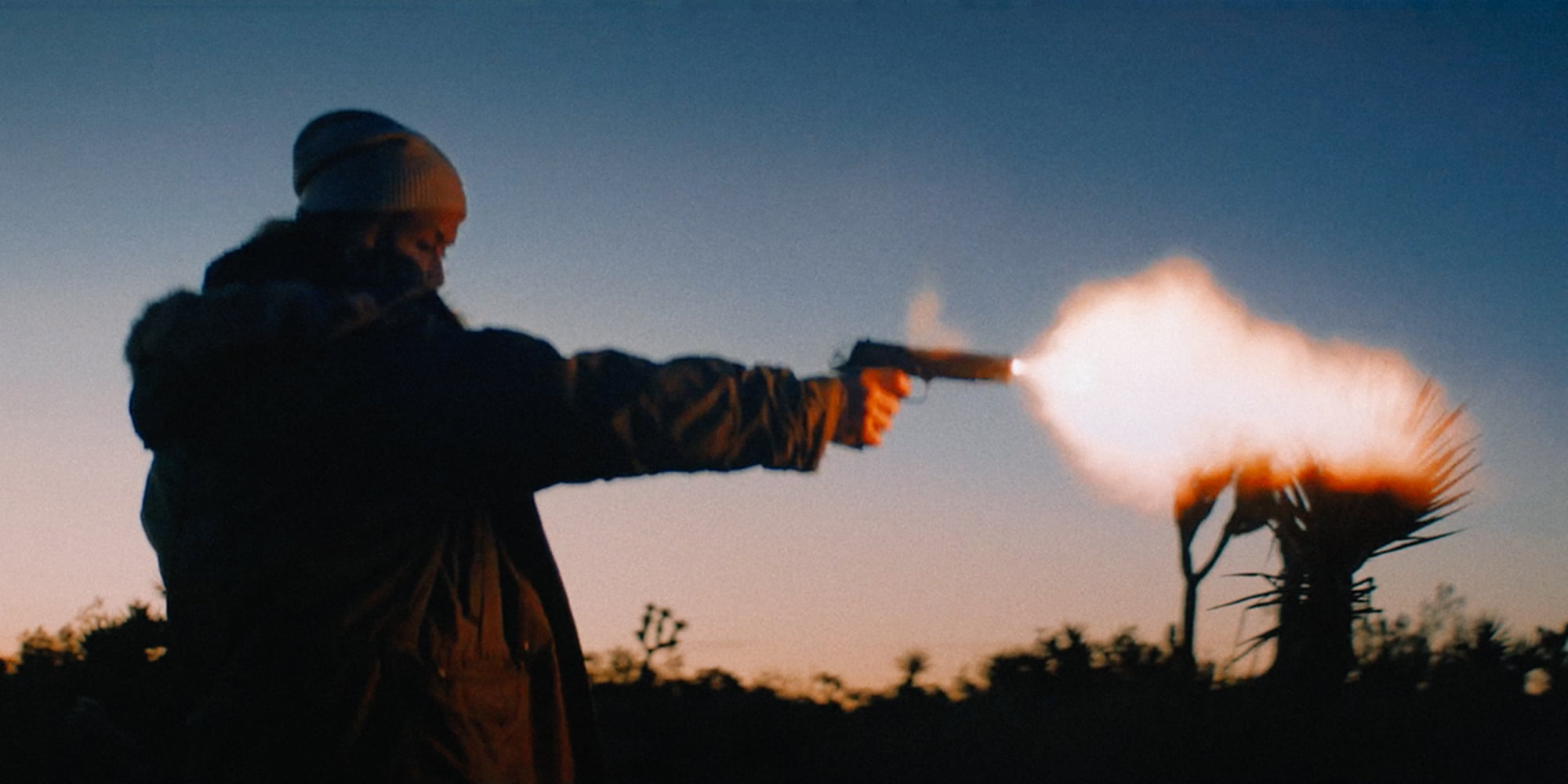 The powerful short film EXIT (which makes its world premiere at the Toronto International Film Festival this September) depicts an important and life changing day in the life of an anguished and conflicted woman. And that’s really all I want to say about it.

It’s a hard film to talk about without spoiling. It casts Maria Bello (delivering one of the best performances in a career already stacked with outstanding work) as Kim, a mother living alone in a desert community. From the outset, it’s clear that the woman is troubled and existentially plagued by something major. Her adult daughter (Natasha Bassett) is paying her a visit, but she’s about to leave. Once her daughter has left, Kim sets about tackling what’s been truly on her mind the entire time, leading to an emotionally wrenching and powerful climax.

EXITmarks the first fictional short film and TIFF appearance for Liverpool born, B.C. raised, and Los Angeles based filmmaker Claire Edmondson, who has worked as a Cannes Lion nominated commercial director and the creator of music videos for the likes of Austra and Broken Social Scene.

We caught up with Edmondson to ask her five short questions about her new short movie.

Part of your background comes from working in music videos and advertising, and one of the biggest features of such mediums is the use of editing. Immediately upon watching EXIT, I was struck not only by the beauty of the natural landscapes and the tender nature of the performances, but by how intricately assembled it is. When you plan a short film like this, are you the type of filmmaker that plans ahead with the edit in mind or do you like to try and cover scenes from as many angles as possible to have lots of options? Both approaches seem like they could be difficult given the budget and time constraints of short filmmaking.

Claire Edmondson: Thank you! Short films typically have tiny budgets, and we only had two days to shoot, so we came up with a plan on how we would shoot and block and considered the edit when planning the shots. The film is shot on one location so our DP, Catherine Lutes, and I, went out to the house two days earlier and planned out most of the shots and blocking, so we had an clear plan going in. That said, preparation allows for spontaneity. So there were times on set where we found moments that could be shot in different ways once we saw the actors bring the scene to life.

How did Maria Bello become involved with the film, and what was it like collaborating with her?

Claire Edmondson: My dear friend, Al Di, is a producer whose credits include Sundance hits such as Brigsby Bear, Piercing, and this year’s SXSW film The Unicorn. Al had read the script and loved it and came on board as a producer. Maria Bello was always the vision when it came to who would play the mother. Both Al and I couldn’t imagine anyone better suited for the role. Al brought the script to UTA who were able to get the script to Maria, who accepted the part. I am truly grateful for the breadth of talent and commitment that Maria brought to this film. Her character goes on an enduring journey of strength, resilience, and love— this wasn’t a role we could compromise with, talent-wise. We needed a strong actor with experience who could deliver those visceral, intense moments of the story?.?

One of the main elements of the film is a subtle, but lovingly drawn mother-daughter relationship. On a feature film, actors, directors, and writers usually have time to sit down and discuss all of the family details that the viewer doesn’t see. On a short film, there’s decidedly less time for such luxuries. How did you work with the performers to make them understand all of the life moments that we see the film building up to?

Claire Edmondson: That’s where the level of talent and crew really shines. I’m lucky to have worked with such impressive actors and crew on-set that truly believed in this film, despite it being a short with a small budget. There wasn’t a lot of time for us to talk about backstories or motivations, but Maria and I and Natasha and I had extensive talks prior to filming about their characters and were all on the same page. They’re both such fantastic actors that they were able to nail it with little preparation.

Without spoiling anything about where the film leads, there’s a great pain and sadness at the heart of this family. While it’s rooted in something very specific and relatable to many viewers, such depression can be seen in any number of troubling and traumatic situations. Did you think about a specific triggering situation that would set off the film’s course of events or were your intentions a bit broader from the start?

Claire Edmondson: A few years ago, I was watching a news segment that stayed with me. It was something you see and immediately feel a trigger-response inside of you. Some images stay with you and I needed to explore the story unfolding in my mind. That was almost ten years ago and out of it came Exit.

What was the process like trying to find a perfect desert location to use for the film? It seems like properties that are willing to allow people to film there are few and far between in such an area.

Claire Edmondson: We went through the usual routes of scouting websites and AirBnb and reached out to quite a few homes to ask if they were film friendly and availble. Where we actually filmed ended up being the first property that came up on Airbnb. I knew when I saw it that it was perfect, but I still did due diligence on looking into other properties. I am grateful for the way things have worked out.