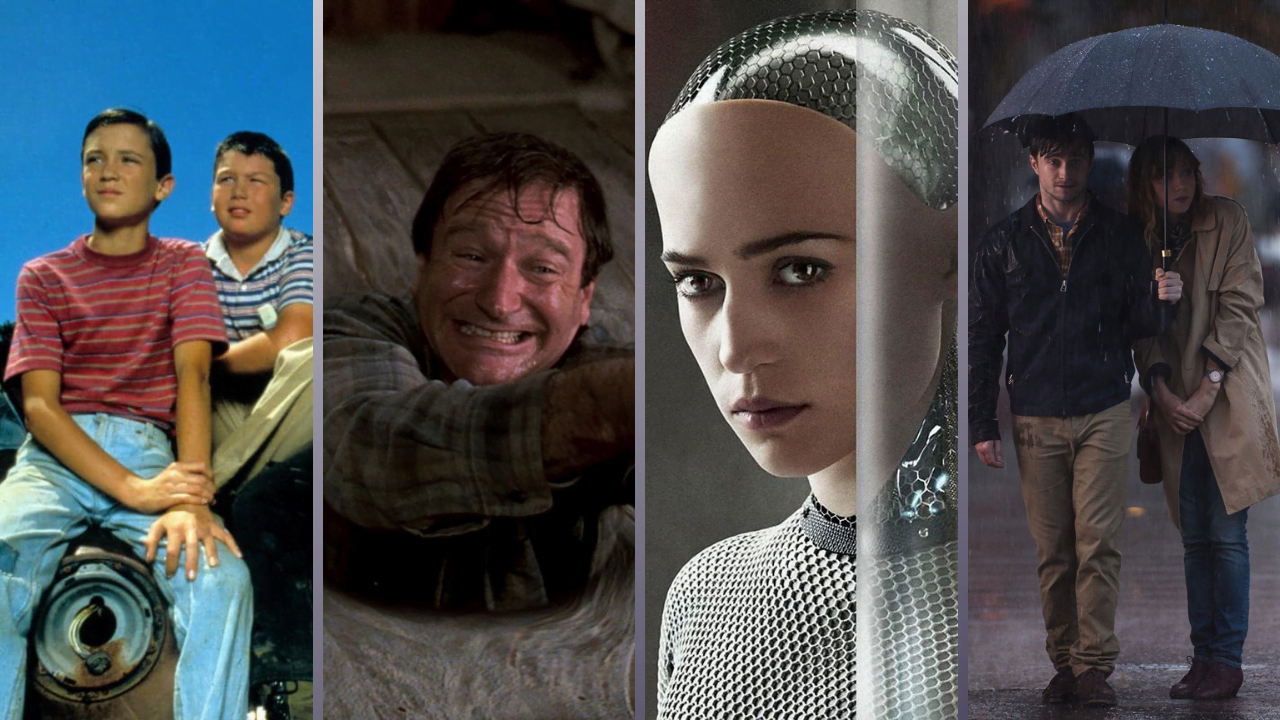 Take a break from the beach or camping and settle onto the couch for some of the best movies to stream this summer. From classics, campy comedies, and rom-coms to science fiction and drama, these movies will fit any mood.

Stream these suggestions on your Roku TV, like the TCL 4K Roku TV, or any Roku streaming device, which includes free movies to stream right from the Roku Channel. Or with your subscription, check out ideas from Amazon Prime Video and Netflix.

Jumanji (1995) – Netflix
The original Jumanji is a wild ride, and as much as I enjoyed the new version, there’s just no topping Robin Williams, Bonnie Hunt, Kirsten Dunst, or Bradley Pierce. The story follows two kids who get trapped playing a magical game that brings the jungle to life in their small town, and it’s hilarious and very sweet.

Brooklyn (2015) – Roku Channel
This Toronto International Film Festival selection stars Saoirse Ronan as Eilis Lacey, a young Irish immigrant who moves to Brooklyn in the 1950s, and enjoys her first freedom, heartache, and joy. The film is totally charming: at once sweet, dreamy and delightful, but tempered with sadness. One of the best movies on the Roku Channel right now.

Stand By Me (1987) – Amazon Prime Video
Stand By Me is a summer classic, and it’s just as good today as the day it debuted in the eighties. Featuring a perfect cast, great music, and one of Stephen King’s best stories, the film is timeless, and wonderfully nostalgic all at once.

A Knight’s Tale (2001) – Amazon Prime Video
From the classic rock soundtrack to the cast and the very fun story, A Knight’s Tale is one of my favourite feel-good movies. Heath Ledger is charming, Paul Bettany is hilarious, and there’s jousting, sword play, and romance. What more can you ask for?

Sing Street (2016) – Netflix
Only one other musical made it onto my summer streaming list, and while they both are favourites, only Sing Street is gifted with the song “Drive It Like You Stole It”. Like La La Land, the film is, at least a little bit about fantasy, and wish fulfillment, but it’s also a remarkably dramatic slice of the 80s with a cast that sells every moment.

Clue (1985) – Amazon Prime Video
Murder mystery meets all out comedy in the cult classic film from the eighties that people still reference. The story may sound like a modern day horror film, but it’s a lot of fun as six dinner guests try to solve a murder at a very strange dinner party.

Ex Machina (2014) – Roku Channel
Director Alex Garland’s Ex Machina is a profoundly incredible work of science fiction that stars Alicia Vikander as Ava, a robot that was created to be as human as possible. Domhnall Gleeson is Caleb, a programmer brought in by the CEO of the company to assess if Ava is actually relatable, but appearances are deceiving.

Other suggestions from The Roku Channel:

For some classic British TV comedy, I have to recommend Spaced, starring Simon Pegg, Jessica Stevenson, Nick Frost, and Mark Heap at the start of their careers. Simply put, it’s a show about twenty-somethings living in a quirky London flat and the adventures they get into with their equally quirky flat-mates.

You can also watch the original, iconic, and non-musical A Star Is Born from 1937 on The Roku Channel, starring Janet Gaynor as Esther Blodgett ad Fredric March as Norman Maine.

Apollo 13 (1995)
Amazon has a lot of classic films to stream, and one of my favourites is the space drama Apollo 13. Retelling the real life events of the mission that could have ended in tragedy, Ron Howard’s award-winning film also feels like a thriller as it retraces the steps of three astronauts working to stay alive in space.

Minority Report (2002)
Steven Spielberg is one of the world’s most well known directors, and while I love a lot of his work, Minority Report stands out for me as one of his best films ever. The dark, gritty crime thriller is fast paced, smart, and offers a glimpse at a future that feels more real than almost any other film. Tom Cruise is at the top of his game as a police detective caught in a murder investigation for a crime he hasn’t committed… yet.

Starman (1984)
If you’re a fan of Jeff Bridges but you haven’t seen Starman yet, it’s a great summer movie. Starman is part romance, part adventure, and follows Bridges as an alien who crash lands on earth and ends up dragging a woman, played by Karen Allen, along for his escape from the planet. Directed by the great John Carpenter, known for his horror films, what’s surprising is that the film is incredibly sweet.

Other suggestions from Amazon Prime Video:

If you’d rather sit down and dive into compelling television, Lost on Amazon Prime is incredibly bingeable, or for comedies, I can’t recommend Happy Endings and Community enough. All three series feature top-notch writing and performances.

All three of the Men In Black films, including my favourite, Men In Black III. There’s also the classic Gen X dramedy, Heathers, or one of the greatest comedies of all time, Airplane.

For the kids you can stream Despicable Me, or The Adams Family, and for the grown ups looking for a laugh, there’s also Eurotrip, and the hilarious spoof, Galaxy Quest with Tim Allen, Sigourney Weaver, and Alan Rickman.

Stranger Things 3
For a bit of modern-day nostalgia, Strange Things season 3 is a very satisfying new season of Netflix’s incredibly fun retro-fun series. If you haven’t watched any of the show yet, now is a great time to binge and get caught up, especially since the third season is set during summer holiday for the kids of Hawkins.

The F Word (2013)
Daniel Radcliffe and Zoe Kazan star in what may very well be Canada’s best romantic comedy. Set in Toronto, Radcliffe plays Wallace, a med school drop out who falls in love with a woman who already has a boyfriend, and just wants to be friends. While the plot may not be rocket science, the film is witty, funny, and smart, and Kazan and Radcliffe have great chemistry.

The Dark Crystal (1982)
Set to have a new Netflix series later this year, there’s no better time to revisit Muppets creators Jim Henson and Frank Oz’s masterpiece. The film is at once magical and creepy in a way that few films have ever mastered, and it’s easy to get lost in the characters, the visuals, and the music. This is what movie magic looks like.

Ferris Bueller’s Day Off (1986)
Ferris Bueller’s Day Off is either John Hughes’ best film, or a very, very close second, and it’s a perfect summer movie for anyone who wants to feel like they just got away with something epic. Matthew Broderick plays Ferris, the high school guy who just needs a day off, and naturally, what a day off it is. The dialogue is sharp, and the storytelling is wonderful.

Other suggestions from Netflix:

Looking for a little horror? Try Jordan Peele’s incredible hit, Get Out, or the utterly creepy The Ritual, set during a summer camping trip that ends in horror a truly monstrous monster.

Looking for a real old school summer classic? Then you’ve got to watch The Blues Brothers.

For the kids, or grown ups looking to reminisce, Christopher Robin is a great return to the Hundred Acre Woods. Otherwise, Coco and The Secret Life of Pets are great family-friendly options.