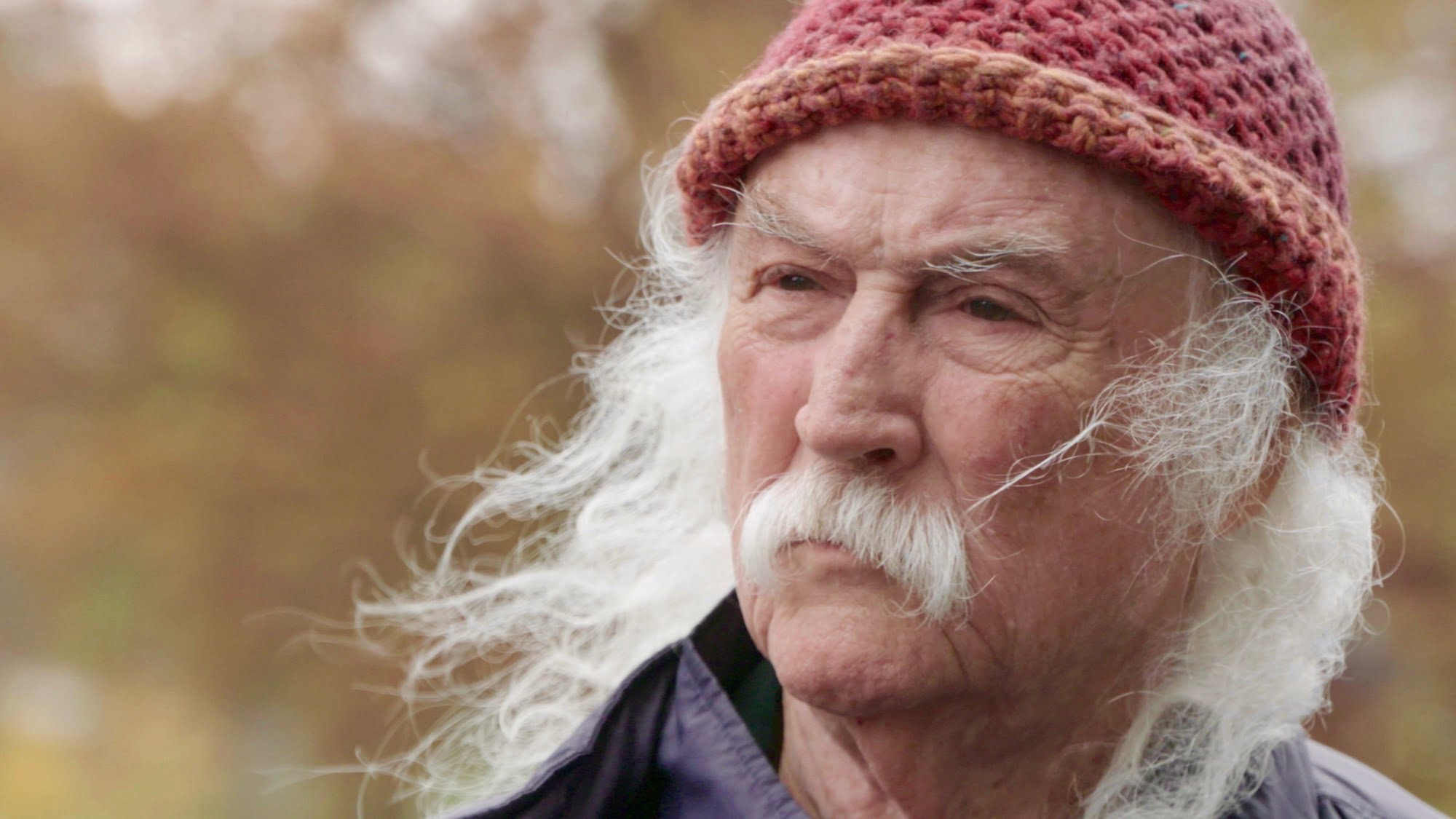 Before I get around to talking about A.J. Eaton’s first feature length documentary, David Crosby: Remember My Name – a film that I like quite a bit – I’m just going to come out and say what I feel. I’m burnt out on the glut of softball, baby boomer friendly documentaries about musical icons of the 1960s that have been released this year. I understand that yearning for nostalgia, the significance of these artists, the power their music has had over millions of people around the world, and their places in pop culture history. I also get that with this being the fiftieth anniversary of Woodstock and the end of the hippie era, such nostalgia is running at an all time high. So far this year there have been looks at Woodstock, Gordon Lightfoot, Leonard Cohen, the Laurel Canyon sound, handmade guitars, Bob Dylan and his band of merry pranksters, and even TIFF has decided to open their festival this year with another boomer friendly documentary about Robbie Robertson and The Band. One could even extend that nostalgic definition even further and beyond documentaries to include Quentin Tarantino’s recent effort, the 1969 set Once Upon a Time… in Hollywood, and even to this week’s Canadian release of Leaving Home, Coming Home, a long shelved 2004 documentary about photographer and filmmaker Robert Frank that examines his connection to the beat poets of the 1960s. The films have been of varying quality. Some are good, some are forgettable, some are shamelessly awful, but all of them coming out within a few months of each other is a painful amount of overkill. I like a lot of the artists being profiled, and I’m only eleven years younger than Woodstock, so I’m not some millennial complaining about old folks clogging up the cinemas (who honestly take up less space than a single screening of any Disney release at the multiplex), but enough is enough. I don’t know how much more fawning praise for the good ol’ days I can take at this point. It has all become white noise to me, and I want to take a hammer to the machine that’s cranking out these pictures in such rapid succession.

But that’s probably why I’m so endeared to David Crosby: Remember My Name, an honest profile of someone who’s willing to reminisce about times gone by with a critical eye and little time for nostalgia. Eaton’s film isn’t about praising someone simply for their accomplishments and asking for their thoughts on every memorable track, live appearance, and romantic relationship. David Crosby: Remember My Name is a film about a great musician who still has a chip on his shoulder, but is willing to admit that he was an enormous asshole to a lot of the people he held dear and the regrets that come with such actions. Eaton lets Crosby tell his story in his own words – with a notable assist from another famous filmmaker working behind the scenes – giving the former singer for The Byrds and Crosby, Stills, and Nash (and sometimes Young) just enough rope to hang himself and a helping hand to pull him back from the brink. David Crosby: Remember My Name is more brutally honest and moving than all of this year’s other music docs put together.

David Crosby: Remember My Name wastes no time getting to the heart of the matter. Before looking back over the singer-songwriter’s career, Crosby laments the amount of drugs he’s taken, relationships he’s broken off, and all the money he has pissed away over the course of his career. Crosby, who’s pushing eighty, is amazed that he’s still alive after his numerous overdoses, mental breakdowns, and brushes with the law, but he’s also terrified of dying. He’s in a good place right now mentally and physically (or as good as someone with his health history possibly could be), and he’s happily married, but thanks to his past mistakes leaving him in a perpetually precarious financial state, Crosby – the only member of CSNY to never have a solo hit of his own – will likely be touring until he’s close to death. He loves touring and creating, but there’s always this looming sense throughout Eaton’s film that Crosby would get off the ride if ever the opportunity presented itself, even if the subject won’t come out and say so directly. He truly believes that music is all that he can offer the world, but at what point has an artist given enough? 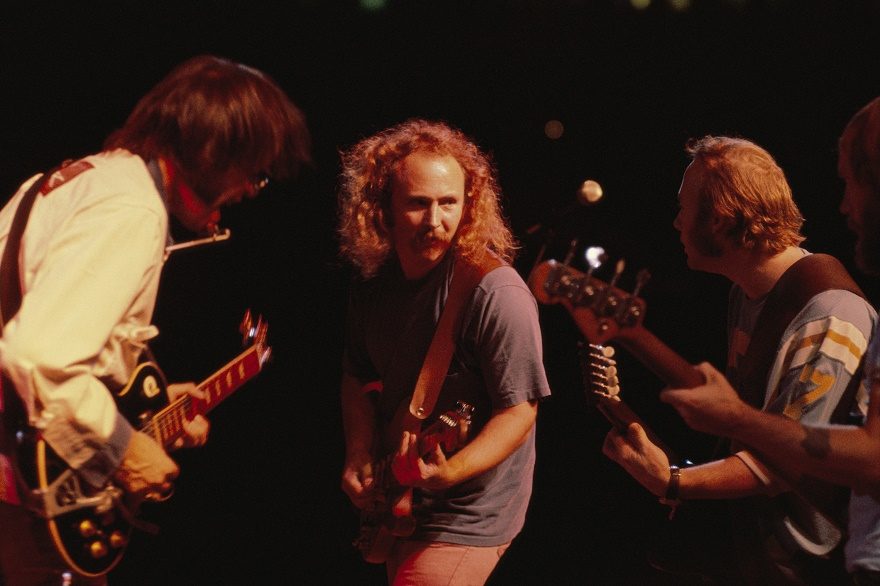 The walkthrough of Crosby’s illustrious and checkered career is fairly straightforward and devoid of unwarranted panache. There are some external voices chiming in with their thoughts on Crosby and his collaborations – many of them archival in nature because so many past musical partners can’t stand to be in the same room as him anymore – but most of the timeline is laid out by the film’s subject, who proves to be his own best sparring partner and punching bag. He gleefully dishes about his disdain for Jim Morrison, and his friendship with Mama Cass (who Crosby says had the second best weed… next to himself). Crosby says he was honoured that Dennis Hopper based his Easy Rider character on the singer, but only half-jokingly states that it would’ve been a much better film if he were allowed to play himself. He freely admits that several people have written pretty great songs about how huge of an asshole he was (most notably Graham Nash and Janis Joplin), and that the ill will is justified to some degree. He takes a deep dive into the relationships that nearly broke him (especially to Christine Hinton, who died in a car accident), and that his biggest regret next to taking so many drugs and losing years of his life to them was getting others hooked on the same substances. He admits that the rift between himself and Neil Young is entirely his fault, but says that Nash was to blame for their personal and professional relationship crumbling, exemplified by CSN’s worst and last performance: an anemic, off-key and legendarily bad Christmas carol delivered at a White House tree lighting ceremony.

It’s clear from David Crosby: Remember My Name that he hasn’t changed all of his stripes. To some small degree, Crosby is still the hero of his own story. Some of that ego is warranted, some of it isn’t, but Crosby is always quick to point out in Eaton’s film that his word isn’t gospel by any stretch. He can only recall things as he remembers them and sees them, and it’s one of the few times that I’ve ever seen a documentary about a famous person constantly admit to its own biases. It might be ingratiating to some, especially those who can’t stand Crosby, but it counts for a lot when it comes to accepting the film’s subject as a talented, flawed, regretful human being. He knows he did some amazing things, but also that he can’t force others into forgiving him for past misdeeds. He, like many recovering addicts, accepts the things that he can’t change, and David Crosby: Remember My Name sometimes feels like watching an extended therapy session and less like a biography.

That therapeutic element might be coming courtesy of producer and interviewer Cameron Crowe, who doesn’t appear on camera directly, but has his fingerprints all over Eaton’s film. Crowe based a lot of his semi-autobiographical film Almost Famous on his interactions with CSNY as a young reporter for Rolling Stone. Despite how that film depicted an obvious, understandable level of tension between Crosby and Crowe, this documentary suggests that talking and time can heal many wounds. We never hear exactly what Crowe is asking Crosby, but it’s clear that the singer is willing to talk to the director about anything thanks to their shared history. It’s doubtful that Crosby would be this open to anyone else (and one doesn’t need to look further than his jovial, but anecdote heavy appearance in Echo in the Canyon earlier in the year to find an example of that), and Crowe makes his subject as relaxed as possible. It’s proof that Crowe is still one heck of a journalist, and that Crosby is finally willing to open up about his highs and lows.

David Crosby: Remember My Name does what any great documentary about a famous subject should do. It makes the viewer care and understand more about the person at the heart of it than their famous works and celebrity profile. You actually might not like David Crosby by the end of Eaton’s film, but you’ll at least see his point of view and understand why he’s such a controversial figure. If all of the nostalgic documentaries about 60s and 70s rock icons were like this and less the sort of “they don’t make ‘em like this anymore” pandering that you could get from a K-Tel compilation commercial, I probably wouldn’t be as burnt out on these kinds of films as I absolutely am at the moment.

David Crosby: Remember My Name opens at The Hot Docs Ted Rogers Cinema in Toronto on Friday, August 2, 2019. It expands to Montreal and Vancouver on Friday, August 9 and to additional Canadian cities throughout the summer.

Check out the trailer for David Crosby: Remember My Name: