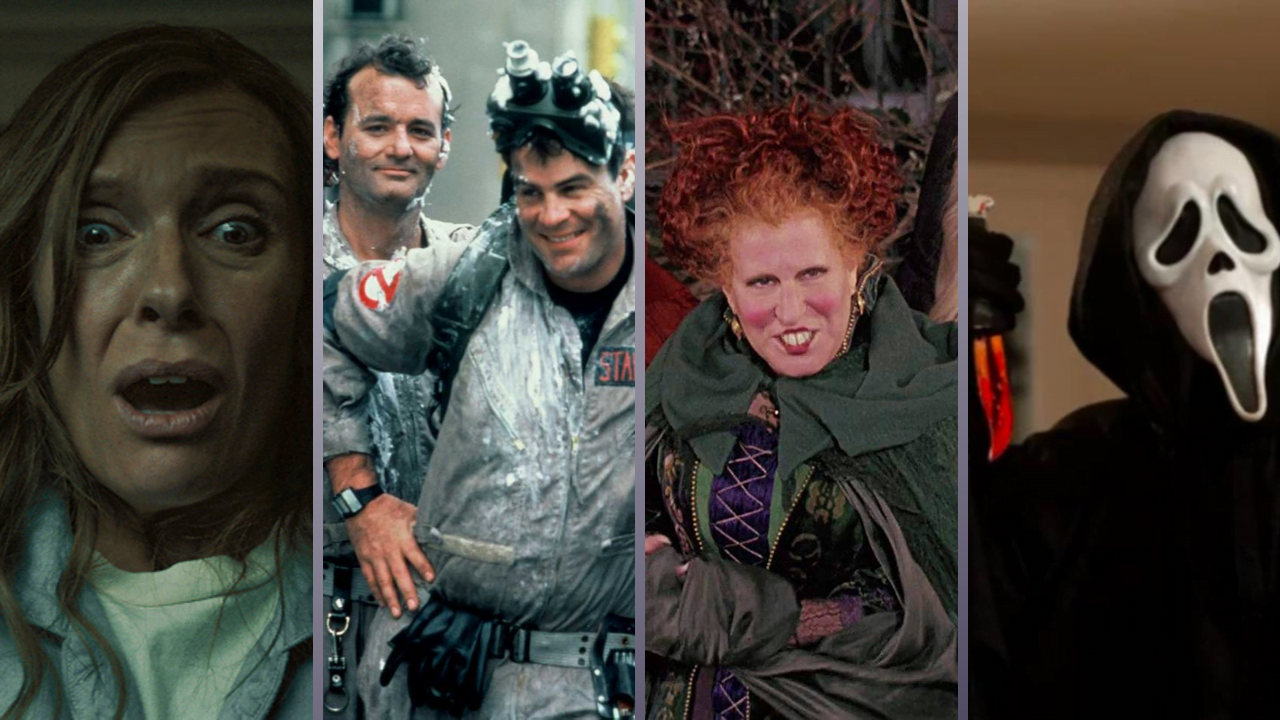 Get in the spirit of Halloween with 25 movies for anyone, whether you want something gruesome, classic, funny, weird, or perfect for the family.

You can stream all of these picks from any Roku device, on the Roku Channel, Netflix, Amazon Prime Video, and Google Play Movies. The Roku Channel is free to stream without a subscription.

Start your Halloween viewing off right with the grandfather of zombie movies, 1968’s Night of the Living Dead by the legendary George A. Romero. The film is in black and white, and that only adds to the angst and grim storytelling, and there’s a lot of intense subtext that still speaks volumes.

The Lost Boys is an 80s classic, with an all-star cast (Kiefer Sutherland, Corey Haim, Corey Feldman, Dianne Wiest, Jason Patric), lots of blood, and a story that somehow mixes horror with just the right amount of comedy. Sutherland is phenomenal in the film, and the retro soundtrack is absurdly fun.

If Night of the Living Dead helped bring zombies to life (err, undeath?), then Shaun of the Dead reinvigorated the creatures and gave them some British sensibilities. The film is an utter classic, helped build the careers of Simon Pegg, Nick Frost, and director Edgar Wright, and it’s just a blast. Plus, the film offers one of the best scenes ever set to a Queen song ever.

Roger Corman’s cult-classic 1960 film is campy, funny, weird, and wonderful, with one of the most iconic plants ever brought to screen. The film is odd, and that’s exactly why it’s so much fun, since it’s unlike almost any other film you could watch this Halloween.

I ain’t afraid of no ghosts! And really, Ghostbusters isn’t scary, but it is hilarious, iconic, and the film still looks amazing, with the perfect cast, including Bill Murray, Dan Aykroyd, Sigourney Weaver, Ernie Hudson, Harold Ramis, Annie Potts, and Rick Moranis. Who ya gonna call?

This film just doesn’t get the respect it deserves, and it’s even better than you likely remember. Johnny Depp stars as Ichabod Crane, in Tim Burton’s bloody retelling of the Headless Horseman story, and it’s not just fun, it’s also a perfect reminder of what made Hammer Horror films so great. There’s blood (lots and lots of blood), classic actors, iconic cinematography, and pure Gothic horror.

Sleepaway Camp is pure Halloween horror camp, and it’s one of the 80s wildest slasher movies. The film stands apart from other old school slashers with a style that is unmatched, irreverent, offbeat, and gory fun.

Author Clive Barker wrote the original book and directed the film, and the results are strange, grim, and unsettling. The film is disturbing, scary, and is still not for the faint of heart.

Speaking of gruesome, if you’ve never seen Hereditary and you want to buckle in for some edge-of-your-seat horror, this is the perfect Halloween film. Toni Collette is shockingly effective, the story is bizarre and nightmarish, and you won’t be able to look away for a second of it.

For something completely different, Assassination Nation is a feminist-driven action mashup that pushes buttons, bashes modern culture, and finishes with 30 minutes of guns-blazing insanity that feels almost therapeutic after the first hour of the film. It’s not for everyone, but it is a film definitively of this era.

Maika Monroe stars in this chilling, tense horror story about a young woman trying to survive a curse, that has a monster coming for her. It’s the kind of film that will leave you looking over your own shoulder for days, and it’s imaginatively original, creepy, and smart.

Jordan Peele’s Get Out is one of the most incredible horror films released in the last decade, and it’s both funny and scary, with a story and message that pays tribute to horror greats while addressing modern racism. On top of all that, the performances are dreadfully realistic.

Ash vs Evil Dead is better than a movie; it’s a horror series, so there are hours worth of story to get you in the horror, Halloween mood. Starring Bruce Campbell once again as Ash, from the Evil Dead franchise, he’s joined by new friends to fight off demons, misbehave, and get into weird trouble.

Before he was Legion, or the Beast, Dan Stevens was David Collins, the creepiest guest you could hope to have for a… friend? When a young man dies at war, David comes calling to pay his respects to the family, set things right for them, and then essentially goes on a killing spree. The film is a unique slasher/thriller, and Stevens is perfectly creepy.

There would be no Scary Movie if there wasn’t a Scream franchise, and while Scream is closer to a real horror film, it’s still definitely tongue-in-cheek. Scary Movie on the other hand is all about the gags, and for me, it satisfies the perfect spoof movie, while doing its own thing. For the ultimate movie marathon, watch these movies back-to-back.

Zombieland is the perfect escapist Halloween movie. It’s a just-for-fun zombie adventure with no deep inner meaning, an excellent cast, and it’s short and oddly sweet, with a cameo by the one and only Bill Murray.

What We Do In The Shadows (Google Play Movies)

What We Do In The Shadows is the perfect mockumentary about a group of vampires trying to survive in the modern world, dragging along their 800-year-old blood sucker, while introducing their newest member to the unlife of the undead. Stars Jemaine Clement and Taika Waititi also co-directed this silly, fun movie that is impossibly awesome.

For younger kids, Casper and Hotel Transylvania are the obvious picks for being cute, fun, and still just a little moody, while older kids will love Hocus Pocus and the trio of witches.

Then there’s Coraline, one of my favourite stop-motion films ever made. It’s creepy, smart, and it’s pure art through and through.

Finally, the new Addams Family movie is in theatres now, but for me it pales in comparison to the original 1991 movie starring Anjelica Huston, Raul Julia, and Christopher Lloyd. The live action film is weird and funny, and embodies some of the best elements of the original TV series.

Honourable Mentions to look for this Halloween: the musical Corpse Bride, ParaNorman, and Frankenweenie.