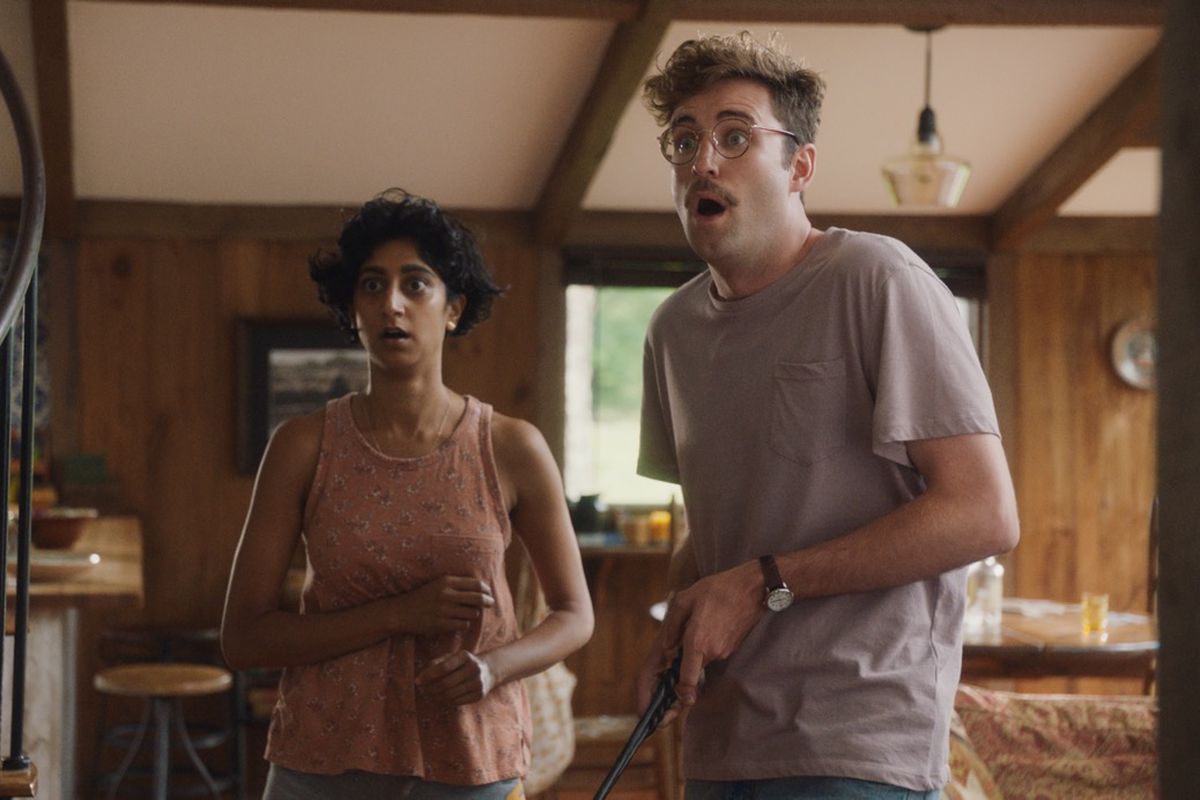 On paper, the hipster sci-fi/comedy Save Yourselves! sounds like an enjoyable lark, but there’s not much entertainment to be found in its execution. It’s the type of film where everyone involved is trying to do their level best with a script that’s both underdeveloped and borderline unusable. Save Yourselves! comes across every bit like a film that was made with plenty of giddy excitement at the thought of the central plot, but very little consideration was given to most other aspects of the story and its characters. Outside of a couple of chuckle-worthy bits scattered throughout, Save Yourselves! is a disappointing slog at the best of times and abrasively annoying in its worst moments.

Su (Sunita Mani) and Jack (John Reynolds) are a socially conscious couple in their early 30s living in a trendy Brooklyn neighbourhood amongst their equally humblebraggy friends. Su and Jack have an unhealthy addiction to their phones and the internet, and it’s starting to have negative impacts on their relationship. Shortly after losing her job, Su and Jack decide to head to a friend’s cabin upstate in a bid to disconnect from the rest of the world, vowing not to look at their phones for an entire week. Their decision to unplug has come at the worst possible time, because almost as soon as they leave the city, the world comes under attack from fuzzy, harmless looking, ethanol seeking, and unnervingly violent alien beings.

Written and directed by the filmmaking tandem of Alex H. Fischer and Eleanor Wilson (in their first feature-length effort), Save Yourselves! has a premise that sounds like a lot of fun, but it doesn’t take long for the movie to quickly turn sour. Su and Jack are abrasive towards each other from the outset, with neither coming across like people worthy of audience investment. The film should be chronicling their journey towards becoming better people and a stronger couple amid global chaos (truly a story for our times if there ever was one), but the mumblecore style approach and inconsistent scripting kill Save Yourselves! before it has a chance to get started. 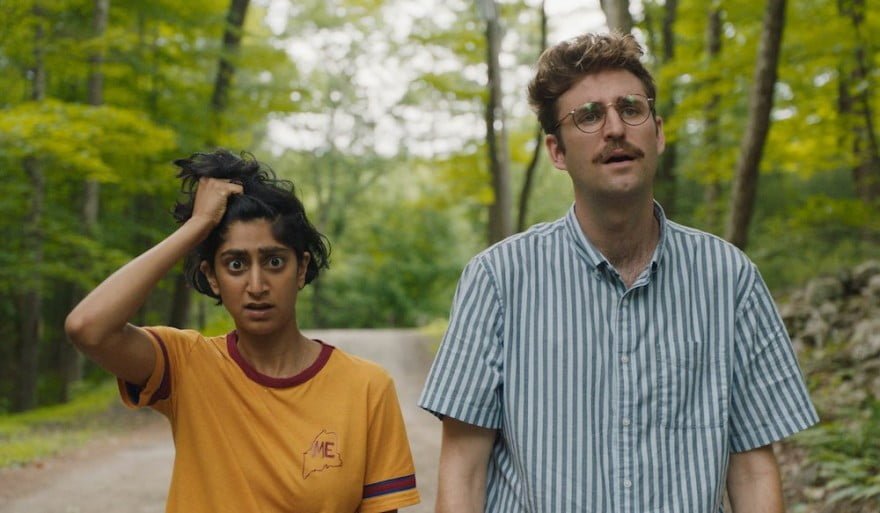 As they’re written, Su and Jack are walking cliches, meaning Fischer and Wilson’s high concept plotline takes an even bigger suspension of disbelief than normal for this sort of thing. Su and Jack are always at each other’s throats. He’s hung up on big picture issues and all of the world’s various social and environmental ills, while she’s annoyed by smaller details that her partner remains oblivious towards. One expects these character traits to be addressed and worked on, but Save Yourselves! is so rigidly focused on sounding as hipster as possible that viewers will wonder if the filmmakers truly care about its core figures, especially when Mani and Reynolds are the only actors on screen throughout 95% of the film.

The main characters are doofuses that seem to have their dialogue written via some “Hipster Mad Libs” party game. They’re so dysfunctional and unbelievable that it’s amazing they weren’t killed years ago in New York City for their aloof idiocy. The worst thing about Save Yourselves! is the decision across the board not to play them for maximum comedic impact, but to take a more straightlaced approach. That more than anything else (including a deathly slow three act structure and an abundance of side plots that often don’t lead anywhere) destroys any sense of sustainable enjoyment that one could get from Save Yourselves!. Su and Jack are banal, boring, and abrasive people from start to finish. In that sense, Fischer and Wilson’s tone is consistent throughout, but it’s also unpleasant to watch two people that are hard to be around flounder repeatedly for ninety minutes. The comedic aspects aren’t all that funny, meaning the film’s eventual pivot towards the (lightly) dramatic falls even harder on its face. You know a film is in trouble when bad things start happening to the protagonists and they feel like inevitabilities rather than anything worthy of true emotional or intellectual investment.

There are some aspects of Save Yourselves! that work, and they offer glimmers of a much better movie that’s desperate to break out here. Mani and Reynolds are fine enough, but they aren’t straying too far from the directors’ desire for them to play the characters as “realistically” as possible, meaning the actors are limited in what they can and can’t do. The idea that Su wants their vacation to be a “productive” time to heal their relationship is a great wrinkle that I wish were in a much better movie than this. Wilson and Fischer find their biggest laughs via clever visual gags, most of them involving the innocuous looking, but lethal alien invaders, which are first glimpsed about half an hour into the film and are like a cross between Tribbles and Critters. None of these elements are enough to bump up the film’s overall quality, leading to a finished product that feels like it was built around a handful of decent ideas rather than a unified, polished, satisfying, and robust final package.

Like many other movies that are trying hard and failing to connect, Save Yourselves! builds to an ambiguous, abrupt ending that’s frustratingly unearned. It’s a film that’s disappointing from the outset and somehow manages to dig itself further into a hole with a pseudo-mysterious conclusion that’s hard to care about once the credits roll. If the rest of the film were stronger, Wilson and Fischer’s ending might’ve been a talking point. Instead, it feels like a hobbled project being put out of its misery with an ironic smile on its face.

Save Yourselves! opens in select cinemas on Friday, October 2, 2020. If seeing a film in cinemas, please take all necessary precautions. Practice social distancing, wear a mask, and stay home if feeling ill.