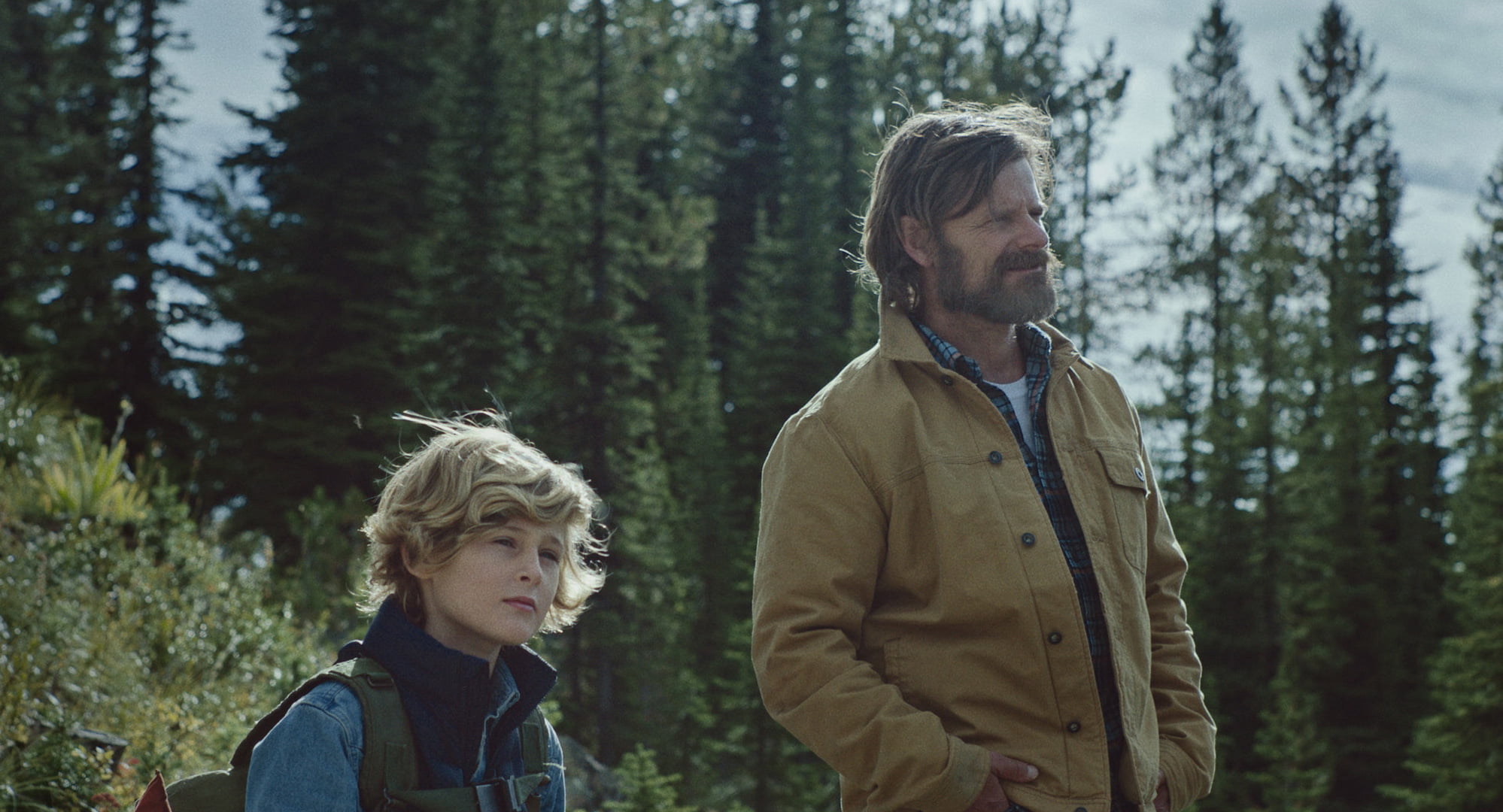 A modernist western unlike any other, writer-director Anna Kerrigan’s domestic drama Cowboys is packed to bursting with complex characters, outstanding performances, social resonance, and an overwhelming amount of empathy. It’s a moving, forceful, delicate, and entertaining work that fully redefines what a modern western can be for the first time since Brokeback Mountain. Cowboys is a “small” film, but its emotional payoffs can’t be understated.

Not long after getting released from prison, Troy Johnson (Steve Zahn) “kidnaps” his transgender son, Joe (Sasha Knight), with hopes of leaving behind the bigoted backwoods of Montana behind and starting a better life anew in Canada. Troy and Joe get along famously, with the child idolizing his defiant (and bipolar) father. Joe’s relationship to his mother, Sally (Jillian Bell), is decidedly frosty thanks to mom’s constant efforts to misgender her child and force an identity upon them that isn’t truthful. Mom works closely with a frustrated, but sympathetic local cop (Ann Dowd) to try and find Troy and Joe before anything bad happens to them.

Set against the expectedly gorgeous skylines, mountaintops, and crystal clear waters of the American Northwest, Cowboys lives up to genre expectations in a visual sense, but Kerrigan deftly subverts this unlikely riff on The Searchers at every turn. Cowboys is a fascinating story of an irresponsible father who’ll do anything to protect and learn from their child, a responsible mother struggling to understand her own prejudices, and the young boy caught between them. Cowboys is built around an expertly crafted family dynamic that doesn’t talk down to the severity of the situation and without demonizing any of its characters (save for one – Sally’s boorish brother – who deserves to be).

Kerrigan’s direction and script are tight (including a couple of unforeseen twists that introduce more tension to an already unstable situation), but Cowboys is elevated the most through its three exceptional leads. Zahn gives the finest performance of his career, and in a just world his delicate balancing of Troy’s good heart with the character’s eccentricities would generate a swell of Oscar buzz. Young trans-actor Knight delivers a brave and impressional performance at Joe – boasting exceptional chemistry with Zahn – and Bell’s against-type work is so subtle and nuanced that one would love to see more dramatic work from her in the future.

Cowboys is a film that sneaks up and catches the viewer unaware, but better than that, it’s the type of story packed with messages and characters that will be thought about long after the credits roll. The traumas of misgendering, small town attitudes, and dealing with loved ones suffering from mental illness are rarely handled with this much grace, tact, and complexity.

See this film the first chance you get.

Cowboys screens as part of the 2020 Inside Out festival from noon on Thursday, October 1 until 11:59pm on October 11. All Inside Out online screenings are geolocked to the province of Ontario. Cowboys is slated for a theatrical release in early 2021.

And be sure to check out our thoughts on other films playing Inside Out 2020 that we have previously covered: Dark City Beneath the Beat, No Ordinary Man, Shiva Baby, and There’s No Place Like This Place, Anyplace.