A humdrum and predictable post-World War II melodrama, The Last Vermeer is far from a work of art. The debut directorial feature of billionaire, entrepreneur, producer, and big screen stunt pilot Dan Friedkin is they type of movie that loses all of its suspense if the viewer known anything about the true story behind it. Playing coy with it’s big mid-point reveal before shifting gears into an even more bog standard courtroom drama, The Last Vermeer (which was previously known as Lyrebird when it played TIFF last year) might appeal to those unaware of the case at its centre, but will be an absolute slog for anyone who can see where the story is headed without much deviation.

Captain Joseph Piller (Claes Bang) has been working on the winding down post-war reconstruction efforts in The Netherlands, specifically focusing on returning works of art stolen or sold to the Nazis to their rightful Jewish owners. A tailor by trade and himself a Jew, Piller is tasked with investigating art collector, painter, and high society elbow-rubber Han van Meegeren (Guy Pearce), who stands accused of selling a priceless Vermeer – Christ with the Adulteress – to high ranking Nazi Hermann Goring for the largest sum of money paid for a single artwork in history (up to that point). If found guilty, Meegeren would face public execution, with many within the justice department keen on making this a swiftly moving, slam dunk case. Piller and his partner Dekker (Roland Moller) hide Meegeren in the attic of a museum that they’re protecting, eventually coming to the conclusion that the art lover is guilty of something, but not the crime he’s accused of.

The Last Vermeer has an easily unravelled mystery, but Friedkin and his screenwriters don’t have much more going for them outside of the big reveals that happen at the middle and end of the film. One doesn’t have to look any further than the title of Jonathan Lopez’s book that The Last Vermeer is based on to have the entire experience ruined for them. For The Last Vermeer to work, it’s best to not even Google Meegeren in advance. If one were to do that, all they’ll be left with is a leaden paced melodrama with a couple of good performances, decent production design, and not much else to show for it.

The Last Vermeer is mounted and written in a style that looks slightly more cinematic than an episode of Masterpiece Theatre, thanks in no small part to the contributions of cinematographer Remi Adefarasin (Elizabeth, Jingle Jangle: A Christmas Journey). Outside of the courtroom, The Last Vermeer feels like a standard tale of art, loves lost, misplace ambition, and sneering villains that would be more at home in an Indiana Jones movie (exemplified by August Diehl as an overeager lawman working for the Dutch minister of justice). Once Friedkin shifts the action to the courtroom – where the underqualified Piller becomes Meegeren’s unlikely legal counsel – things grow even more cliched than they already were. Piller is outclassed and in over his head with a legal system determined to convict his client, despite the fact that Meegeren’s innocence is “provable.” 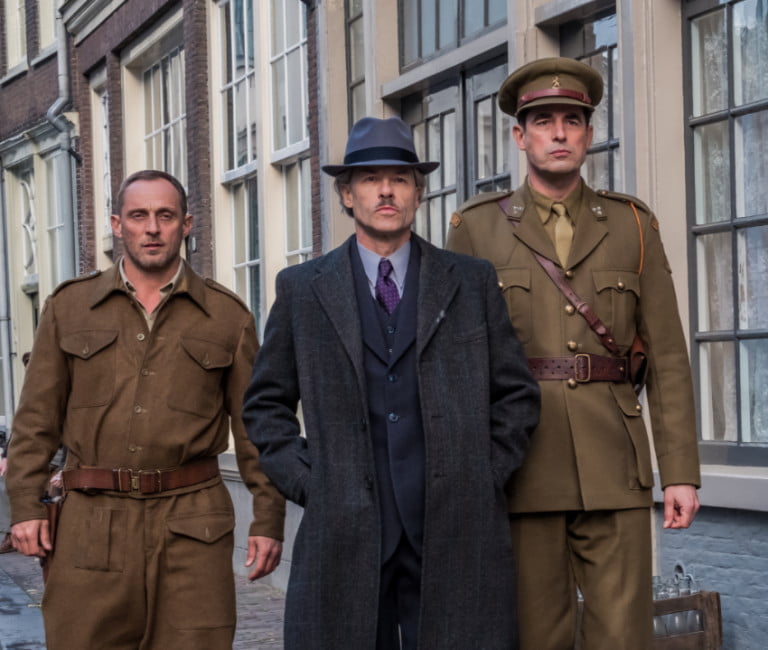 Friedkin tries to work in as many cliches as possible, but without many notions as to how he can elevate them into something original. Piller’s personal life is a mess, and the relationship he has to his family is strained to the breaking point. Meegeren’s cavalier demeanour causes his lawyer problems. Piller has a plucky assistant, played by a thoroughly misused Vicky Krieps. Subplots arise here and there, but none of them add to the core intrigue, which is already hobbed by overwhelming predictability. There are few things harder to sit through than stone-faced movies that keep trying to convince the viewer that they’re seeing something surprising when everything appears as pat and unchallenging as possible. The Last Vermeer is precisely that sort of misinformed exercise.

The pace is quick enough, but it’s often undone by rough editing that sometimes causes scenes to end abruptly before awkwardly transitioning into something entirely different. The period details are nice throughout, and there are timely messages that still resonate within The Last Vermeer. If anyone is looking for a fascist in hiding, they should probably look for the wealthy person that’s acting skittish when they’re about to get caught. There’s also a lot of worth in how The Last Vermeer shows a marked difference between people who want reasoned justice versus those who want swift retribution without establishing a burden of proof. Even if the film isn’t that great, the core lessons are on point and well established.

Bang seems miscast here, cutting too imposing of an image and exuding too much confidence to credibly play a man going through a profound crisis of faith. Pearce fares much better as the flamboyant and arrogant Meegeren, a man described at many points as “a drunk,” “a rotten artist,” “the life of the party,” and “a raging narcissist.” Most of the drama and suspense in The Last Vermeer comes from watching Pearce slyly misdirecting those around him, and the moments of truthfulness that arise whenever Meegeren is caught in a lie. But the best performance belongs to Moller, who’s captivating as a hard drinking soldier who’s smarter and more capable than his appearance and attitude let on.

The Last Vermeer is a dutiful, mature, and stodgy piece of work that would land better if it wasn’t so precious about its reveals. It’s far from a disaster, but largely mediocre and uninspired; the prestige picture equivalent of white noise. Again, it could work slightly better if the viewer doesn’t know anything about the case around which Friedkin builds his film. Unfortunately, that element of surprise was lost on me, and all that was left was a bland movie. 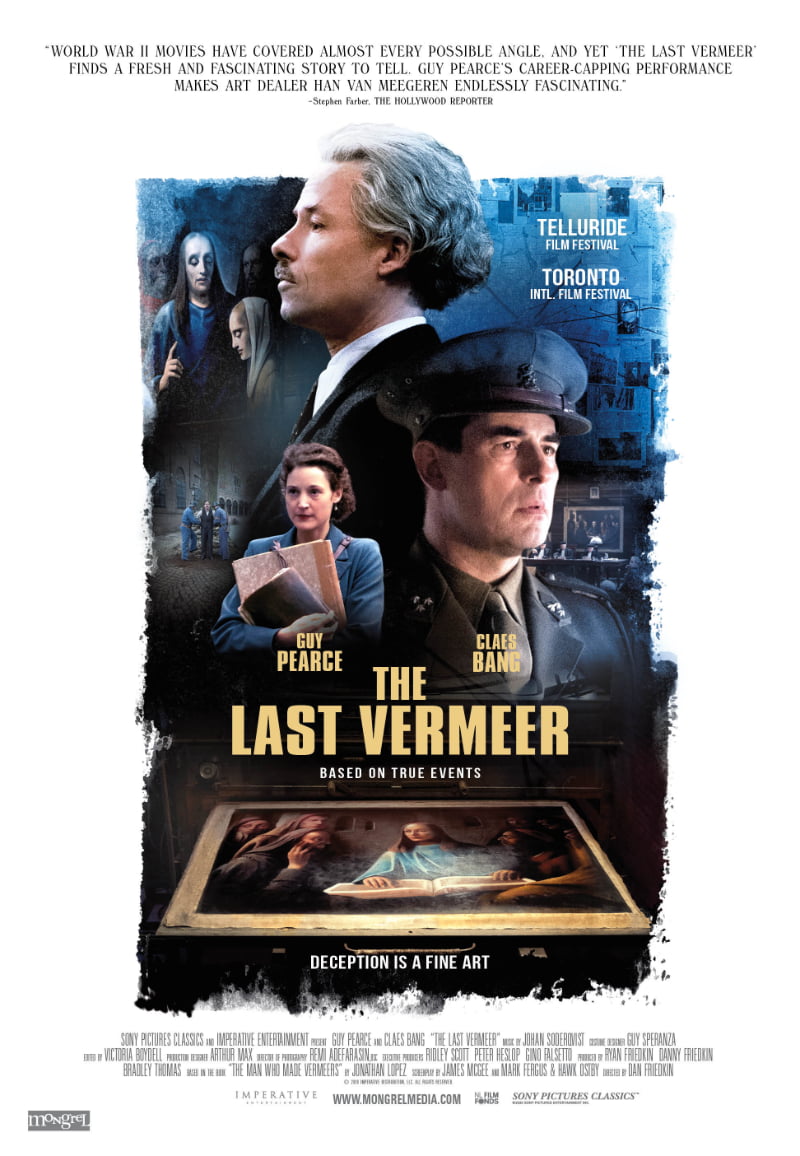