Black Beauty, a modern day retelling of Anna Sewell’s frequently adapted novel, is a melodrama that the whole family could enjoy with relative ease. It might not be up to the high standards set by previous adaptations of Black Beauty (and it’s certainly far from the lowest end), but writer-director Ashley Avis’ effort is heartfelt, earnest, and thoughtful without devolving into treacly melodrama. It’s the most assured film yet to go straight to the Disney+ streaming service, and probably the best.

Black Beauty is a story told from the perspective of the titular horse, whose thoughts and musings are relayed in voiceover by Kate Winslet. Born a wild mustang in the American west, Beauty is captured by profiteers, but subsequently rescued by kind horse rehabilitator John Manley (Iain Glen), who brings her to a sanctuary in Upstate New York. Beauty proves impossible to “break” until the arrival of John’s estranged teenage niece Jo (Mackenzie Foy). John has become Jo’s legal guardian after the death of her parents in an accident, and she wants to be there less than Beauty does. The wounded girl and wild horse form an unbreakable bond, but circumstances beyond their control will force them apart.

Black Beauty is a tough novel to adapt. It’s not a single story, but rather an episodic journey that finds the horse passed between owners, with a pronounced focus on the animal’s overall physical and mental wellbeing and messages about human empathy. While the relationship between Jo and Beauty is the heart and soul of Avis’ adaptation, there’s a lot of ground to cover if one wants to be faithful to the source. It’s not a perfect or unabridged adaptation of Sewell’s work, but the bits Avis picks and chooses to use work well here, even if the film has a tendency to speed up its pace once a wedge has been firmly driven between Jo and Beauty.

While watching Black Beauty, I found myself thinking about the painfully awful Dog’s Purpose series, and how those films try and fail to do something similar. It’s not fair to compare films to each other, no matter how similar or different, but here that seems unavoidable. Take the ludicrous reincarnation angle out of the Dog’s Purpose series and replace the type of animal being talked about, and the skeletal structure would look a lot like Black Beauty. The biggest difference between Black Beauty’s updating of classic literature and a maudlin series of dubious paperbacks is that Avis’ film isn’t going out of its way to make the viewer feel as miserable as possible in a bid to get an emotional reaction. Black Beauty is a story of great pain, sadness, triumph, and mortal danger (especially bits involving a stable fire that could frighten youngsters and some unflinching examples of animal abuse), but Avis plays things with a quieter, more elegant approach. Yes, it’s another film where an animal bounces around between owners while contemplating their own existence, but there’s a lot more reason and poetry to be found in Black Beauty. Things get dark and sad, but Black Beauty isn’t trying to crank things up in a bid to traumatize people. 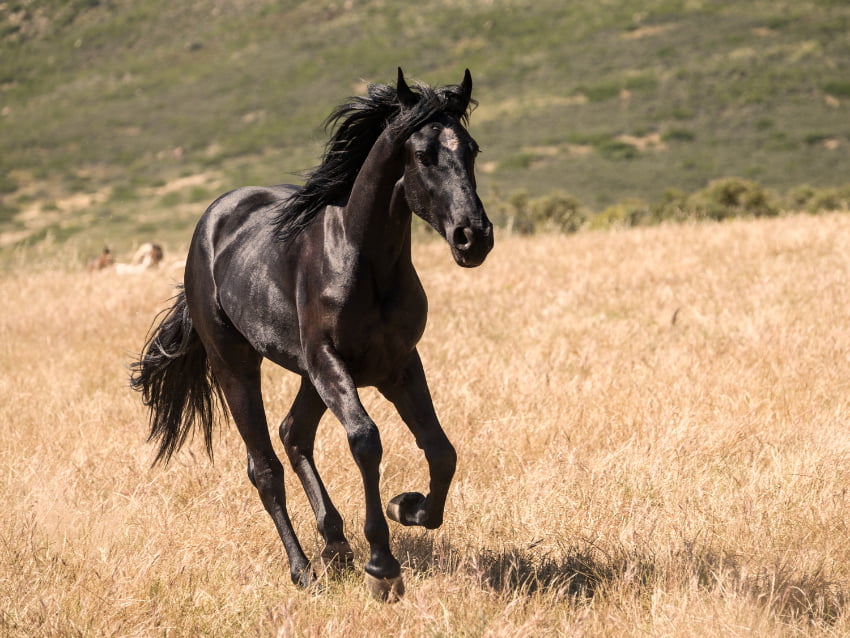 The humans in Black Beauty are written rather thinly, but that’s by design and choice, since none of them are technically the main characters. Foy brings a confidence and assurance that ensures Jo never comes across like a stereotypically sullen teen. Glen (who has an impressive American accent here) displays warmth and wisdom and the recovering alcoholic uncle. Claire Forlani swings for the fences with her performance as one of the film’s main antagonists: a rich and entitled bully who leases Beauty so her equally rich and entitled bully of a daughter (Fern Deacon) can fail at horseback riding. (Good thing mom has a cute and kind teenage son to act as Jo’s love interest!) The other owners of Beauty that follow don’t stick around the story very long, but Hakeem Kae-Kazim, as a rural first responder, leaves a big impression with his limited screen time.

The humans are all fine, but Black Beauty belongs predominantly to its horses (and Winslet’s expectedly lovely voicework). In an age where CGI has run amok, it’s amazing just how much of a difference real animals can make on screen. Avis proves more than capable of finding the humanity and emotion within an animal, and Black Beauty looks like a film where the horses are giving performances on par with their two-legged counterparts. That’s not a knock against the human cast, but a tremendous credit to the animals, trainers, and filmmakers. A touching scene late in the film where Beauty “talks” to an old friend she hasn’t seen in years plays like a masterclass in how to get insightful performances out of animals.

The cinematography by David Procter is mostly outstanding, with some early scenes set in the American west (actually South Africa) reminiscent of Chloe Zhao’s The Rider. The beauty of the images is marred somewhat, however, by an overreliance on lens flares and a chaotic, fast paced editing style that seems at odds with the story’s relaxed pace. Things quicken a bit too much in the film’s final third, but not enough to throw off Avis’ well established balance of the dark and the sweet.

I always enjoy watching films where, even if I don’t entirely love them, I can immediately see them becoming someone’s favourite movie. There are plenty of young adults who’ll adore Black Beauty, and such is the power of Avis’ film and her source material. There’s an unbridled joy in watching a movie and knowing exactly who it’s meant to entertain that’s only compounded when the film in question is actually pretty great. Black Beauty certainly appeals most to a specific audience, but it’s well made enough to reach beyond that and entertain viewers of numerous different ages and backgrounds.

Black Beauty is available to stream on Disney+ starting on Friday, November 27, 2020. 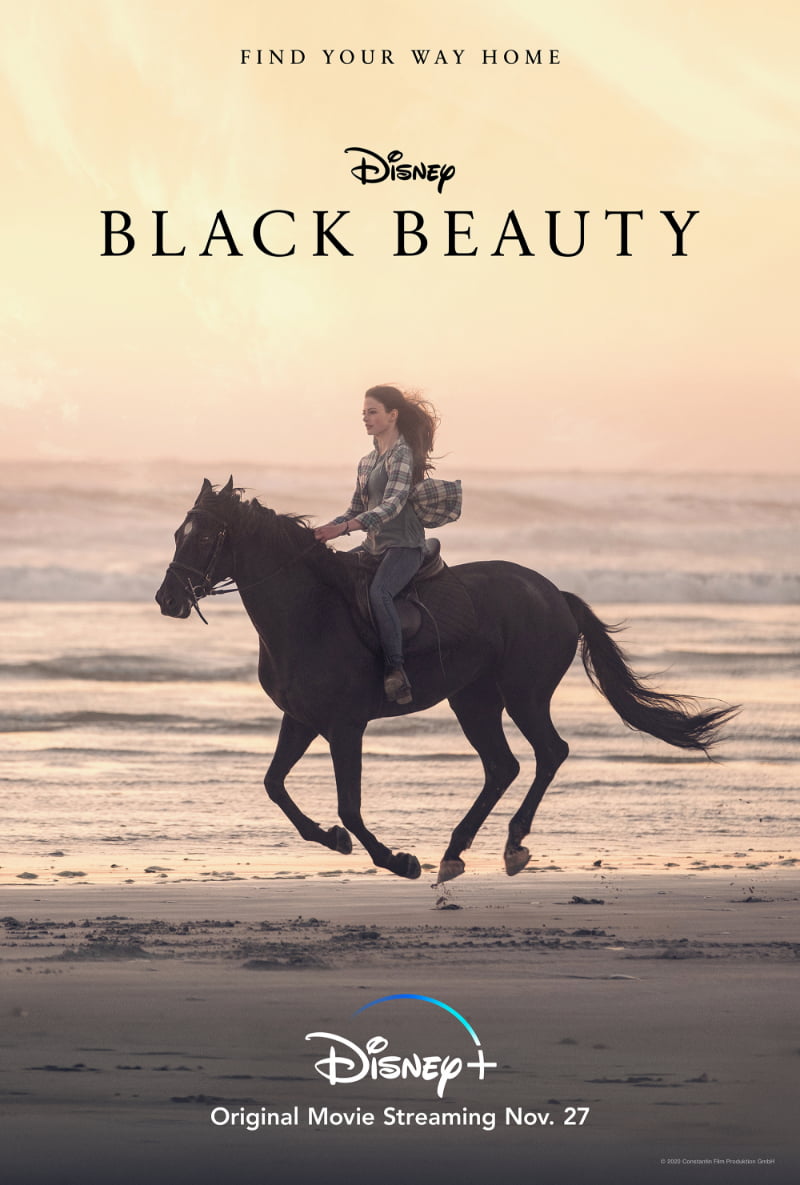