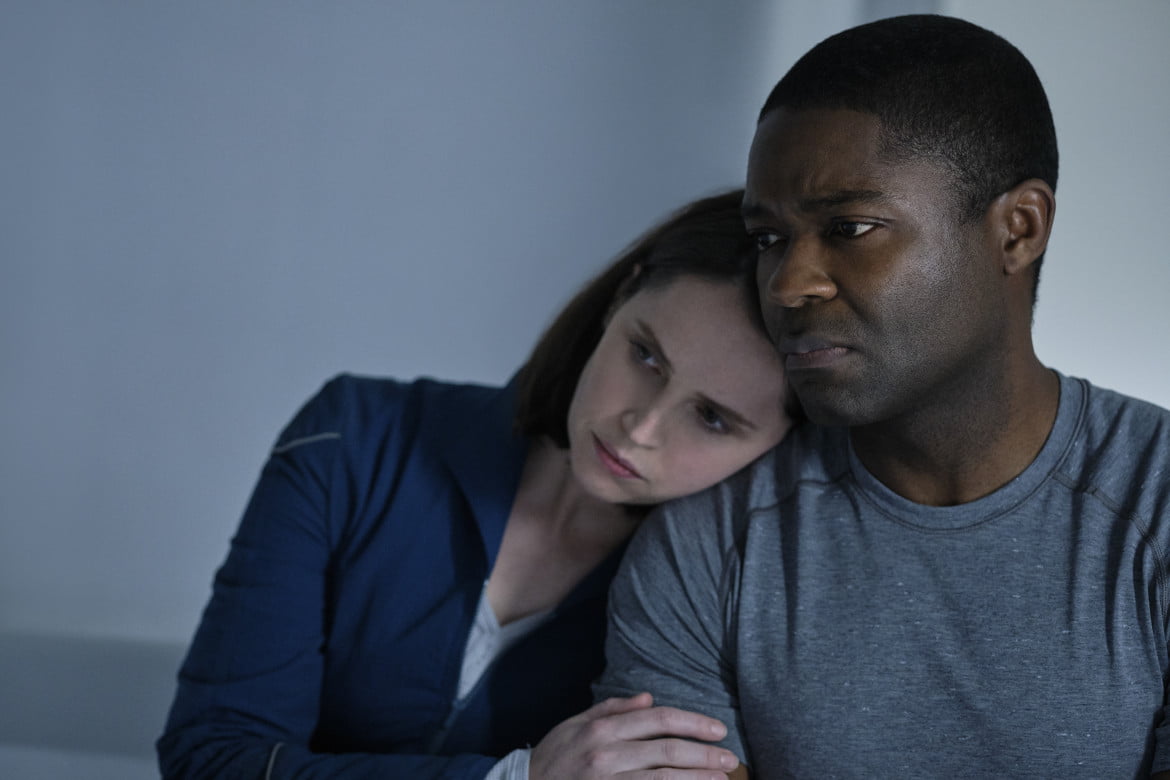 George Clooney’s new film, The Midnight Sky, debuts on Netflix starting tomorrow, and it’s a complex, moving, and epic sci-fi adventure with a story that feels especially prescient this year.

The Midnight Sky stars Clooney as Augustine, an ailing scientist at an arctic research station, watching as a mysterious threat circles the Earth. When he realizes a team of astronauts are returning to Earth from one of Jupiter’s moons, he sets out to send them a warning, in the hopes that they can be saved.

Felicity Jones, Kyle Chandler, David Oyelowo, Tiffany Boone, and Demián Bichir star in the film as the astronauts, who also face their own challenges getting back home. I had the chance to sit down and chat with both Oyelowo and Bichir, about making the film and working with Clooney, and they had wonderful things to say about him as a director and actor.

“It’s this big film, but at the core of it, it actually has quite a small group of people you focus on, and that gives you time, within this space opera, to find those characters you can relate to. The circumstances you can relate to,” Oyelowo said. “The themes are connection, loss, regret. And then you have bigger themes like our planet; are we looking after it well or not?”

Making the film, Oyelowo and Bichir were both especially proud to have worked on the space walk scene that’s such a pivotal moment in the story.

“It is a truly ambitious scene. I think it’s beautifully realized,’ Oyelowo said. “A lot went into getting it there for me personally. Three months of training here in LA to get strong enough to be able to do all the wire work, and then a lot of stunt rehearsals in the UK… and then the VFX component. And it’s actually quite an emotional scene as well.”

Speaking of the film as a space opera, Bichir loved the analogy, and took it a step further to talk about how much he appreciated Clooney as a director.

“You need a great conductor to put all that together,” Bichir said. “You know, we’re many different musicians from different schools, and different backgrounds, different training, and if you have the right conductor, it puts everyone in tune, and the right tempo, and the right pitch, and the right everything. And it makes it sound beautifully. That’s what I think George Clooney has done with this film.”

Oyelowo completely agreed. “It’s boring to say, but really wonderful… he’s a truly wonderful human being and a great, great, great director. From Fincher, to Nolan, on down, they can tell you to do a film of this scale is no joke. You have to really know what you’re doing, and I think that this film, George has put himself in that echelon of world-class directors.”

Watch The Mignight Sky on Netflix starting on December 23, and watch both interviews with David Oyelowo and Demián Bichir below. Subscribe to our YouTube channel for more film and TV interviews.