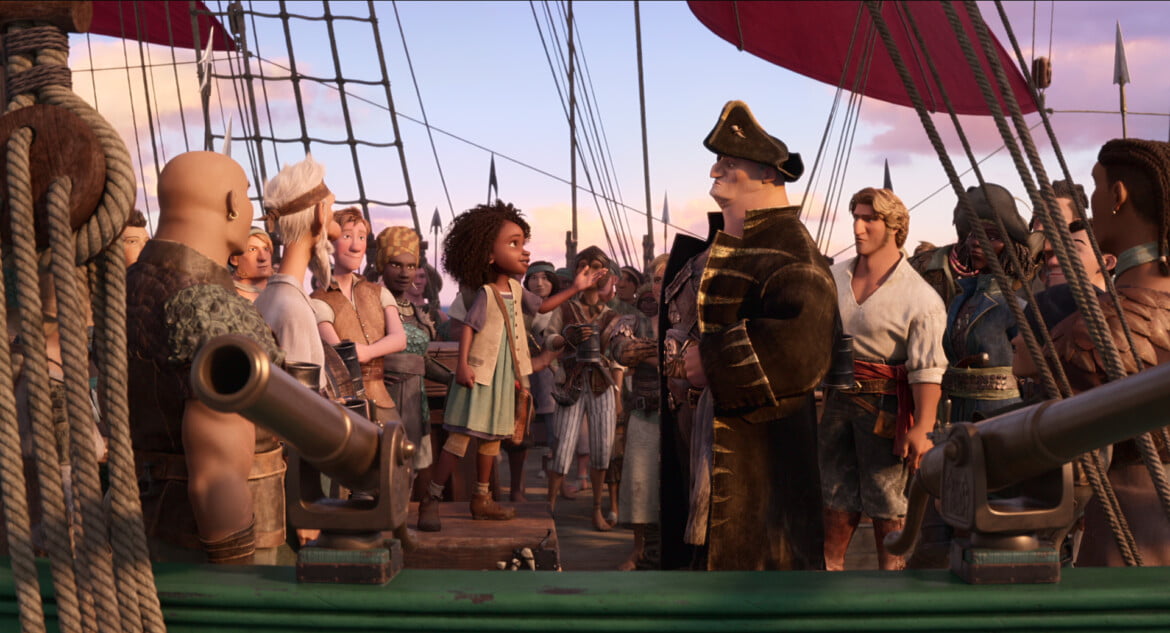 Netflix’s The Sea Beast is Academy Award-winning director Chris Williams’ fun, fresh, and lively animated adventure, and it introduces a rich and vivid world that will sweep families away this summer.

Starring Karl Urban as monster-hunter Jacob Holland, and Zaris-Angel Hator as young Maisie Brumble, who stows away on the ship, the story takes the two on an adventure that neither of them could have imagined.

During a conversation that I had with the stars and director Chris Williams, they talked about the vision for the film, and what inspired them to make it.

For Urban, one of the big draws for the project was the director himself. “The passion of Chris Williams, you know, he has a fantastic track record of making phenomenal films and just the opportunity to work with him was really what drew me.”

He also really impressed by the way Jacob and Maisie connect in the film.

“The relationship between my character, Jacob Holland, who is the Sea Beast Hunter and this sort of orphan, Maisie, and through the course of the relationship [she] manages to change everything that he believes about the world, and the false narratives that he’s been led to believe.”

Hator really appreciated Maisie, and she was inspired by the way the character will stand out for other young girls.

“I was very happy because I know a lot of little girls like me are going to really love and relate to her. Back when I was much younger, it would have made me so happy to see myself on screen, and a really powerful character as well.”

As the film’s writer and director, Williams was thrilled with the depth that the two actors brought to the film.

“[They were] everything we could have asked for and more. They exceeded our expectations. We agonize over thousands of decisions over the course of the years of production, so it really falls to the actor to bring that spark and that spontaneity and to really be alive and present in the moment when we’re recording with them.”

“If they can bring that spontaneity,” he said, “then the animators will feed off of that and they’ll hook into that and they’ll feel if it’s a real moment and it will really inspire them. So really, the success of the movie is predicated on the actors and their ability to really bring these characters to life.”

“And Zaris was just incredible,” he added. “We wanted a younger actor, and there [she] was… sophisticated beyond her years as an actor.”

“She’s really a driven character that just blows past obstacles, but she undergoes a pretty big evolution in the course of the story, and there is a moment at the end of the confrontation where she had to really access a very deep place. I was just so impressed by her maturity as an actor.”

“I wanted it to be a big, sprawling, epic adventure,” Williams said, “but what I kept saying to people is, when you boil it all down, this comes down to the relationship between Jacob and Maisie. It really comes down to Carl and Zaris-Angel and their chemistry and their connection and the evolution of their relationship.”

“I have no doubt that audiences will have as much fun watching this movie as we had making it,” Urban added.

Support The GATE by becoming a member on YouTube, or here on our website, or special perks and more.