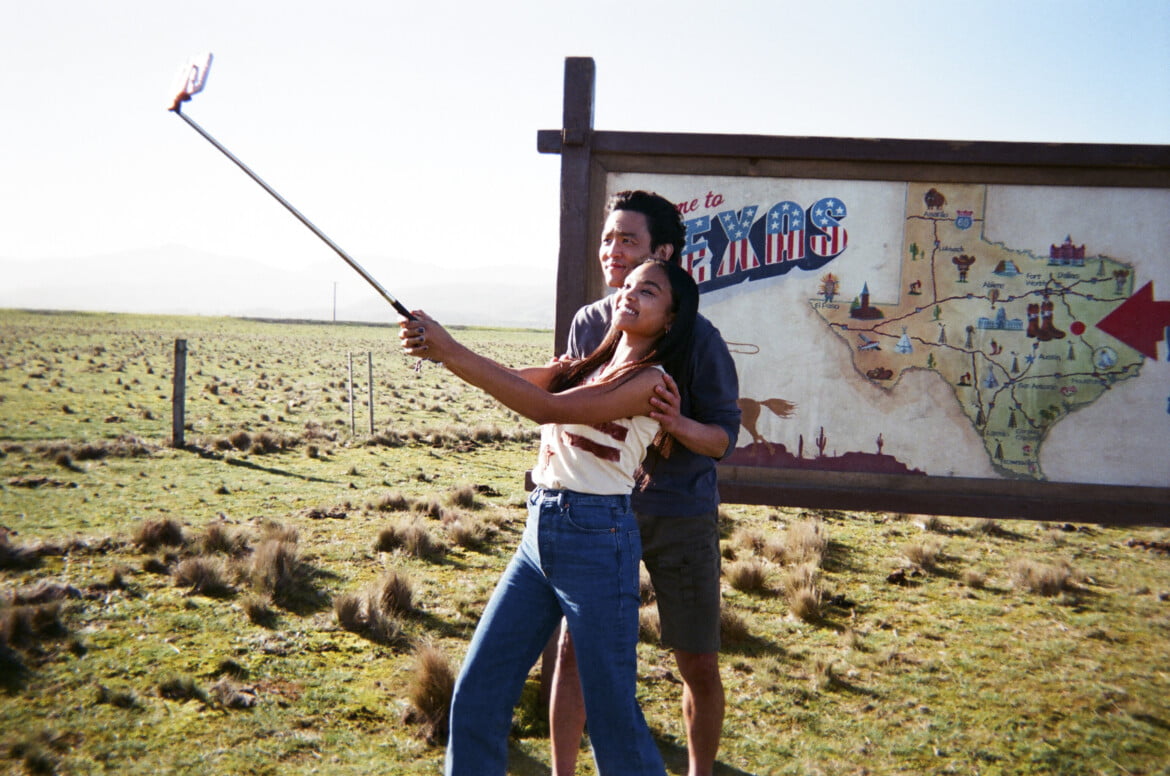 Don’t Make Me Go is a funny and touching dramedy about a father and daughter taking one last road trip together to reconnect, with the catch that she doesn’t know her father is facing a terminal illness.

John Cho stars as Max, a single dad who finds out that he has a form of cancer that doesn’t have very good odds, so he convinces his daughter Wally, played by Mia Isaac, to head out on a road trip. She also doesn’t know though that he wants to introduce her to her biological mother.

On the trip they hit a lot of bumps, and it’s sweet, charming, and all the better because of the amazing chemistry between Cho and Isaac.

“John is very difficult,” Isaac joked when I spoke to them recently. “I think John showed me a lot of guidance, which is what I really needed at the time, having never done anything before. So I really looked up to him and I learned a lot from him, but he also made it a lot of fun, and we spent a lot of time in the car together just playing games and stuff.”

“Mia is a very focused and professional scene partner,” Cho said of his costar, “and she was just really dedicated, didn’t mess around, and really emotionally open.”

“It’s funny because when you’re in a family, you know everything about one another and most importantly, you’re vulnerable with one another, and that’s the place I felt that we needed to get to, as actors; to be vulnerable to each other, and sometimes that’s a hard place to get to. But not with Mia.”

Near the end of the film, Max gets up to perform “The Passenger” by Iggy Pop and it’s a fantastic scene that impressed Isaac too.

“I did not have to fake any reactions, so it was really great,” Isaac said, “and he had to do that song many, many times and it was great every time.”

“Yeah, it was a little scary in the sense that we recorded the song at a studio, but I sang it live and it was absolutely quiet and it was seven in the morning,” Cho said. “So that’s not karaoke hours, and no one’s drinking and everyone’s completely silent and you have to do it 100 times.”

Don’t Make Me Go was directed by Hannah Marks and starts streaming on Prime Video starting on July 15. Watch the full interview with John Cho and Mia Isaac below.