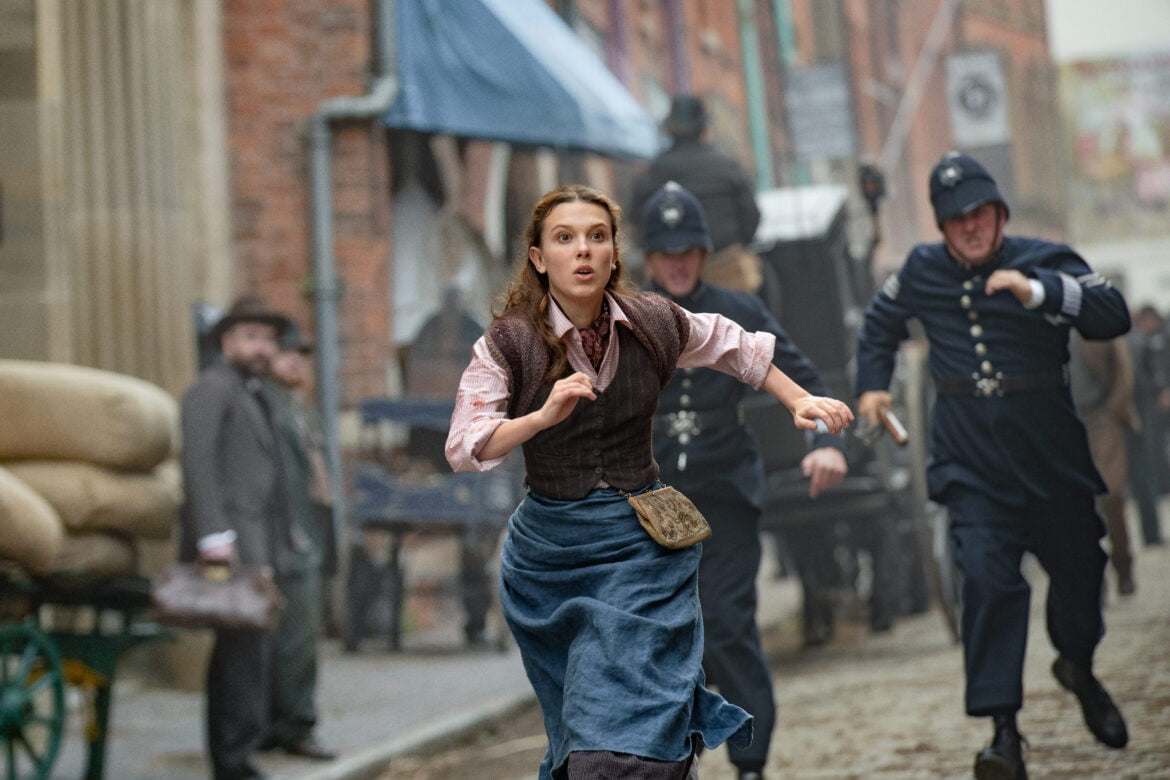 A fun sequel that follows firmly in the path set forth by its predecessor, Enola Holmes 2 succeeds by not overcomplicating things or phoning it in. Pitched perfectly in that sweet spot that a lot of viewers like from their sequels to crowd pleasing popcorn flicks, Enola Holmes 2 is one of those movies that gets the old band back together for the same sort of fun that made the original a charming surprise. It’s not exactly aiming high, but it’s good enough to entertain throughout and make viewers keen to see any potential adventures featuring Sherlock’s gruff, uncompromising, and resourceful sister.

Millie Bobby Brown returns as Enola, this time struggling to get herself taken seriously as a private investigator living in the shadow of her revered older brother and legal guardian, Sherlock (Henry Cavill). Just as Enola is about to pack things in and reassess her career path, she’s hired by a poor matchstick girl (Serrana Su-Ling Bliss) to locate her missing surrogate sister. The case quickly plunges Enola not only into the middle of the labour rights movement, but also into an investigation that has left her brother increasingly vexed.

Unencumbered by the need for any huge exposition dumps (outside of an opening recap of the previous film and an ending that drags on a bit longer than needed), Enola Holmes 2 is free to dive headlong into all of its sleuthing fun. This latest adaptation of the work done by author Nancy Springer re-teams director Harry Bradbeer and screenwriter Jack Thorne for a similarly minded YA adventure. Despite a running time that doesn’t fully justify crossing the two hour mark, the pace of Enola Holmes 2 is brisk and sleek. The dialogue and some of the characters are a bit clunky and cliched, but that was one of the first film’s shortcomings, too. Enola Holmes 2 charms most where it counts, via its performances, production value, and core mystery mechanics.

The parallel cases being investigated by Sherlock and Enola are compelling, with one partially boasting an historical basis. The sibling relationship between the sleuths is the perfect balance of supportive and antagonistic, especially when one considers that both characters are struggling with a crisis of confidence. Enola fears that she’ll never get her proper due as a detective, and Sherlock is stressing over a case that he might never be able to solve. The film builds to them working towards a collaboration, but the journey to that point is enjoyable rather than routine. 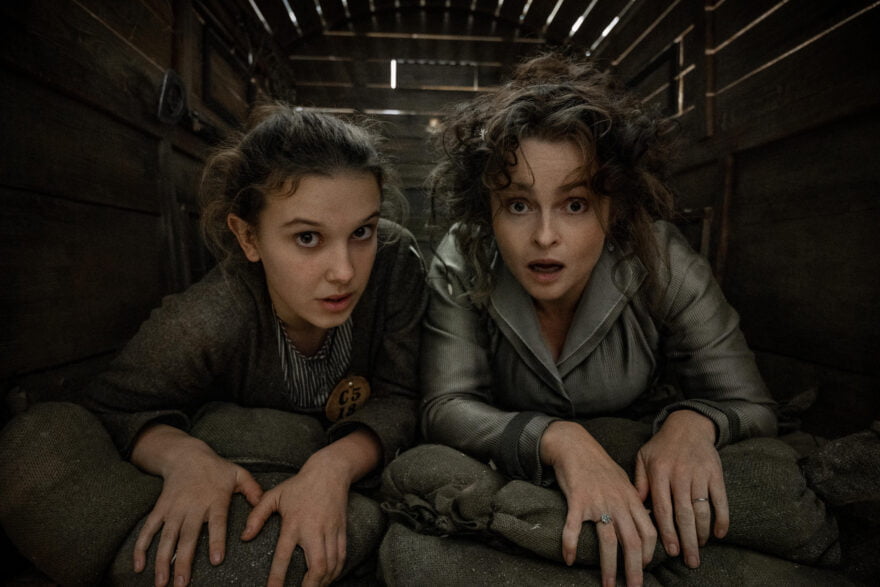 Although it might not be as action oriented as the first film, Enola Holmes 2 still boasts an impressive eye for detail. Although the script is pitched more at a made-for-streaming level, the eye candy on display here rivals most theatrically released blockbuster. The camera movements are elaborate and graceful. The CGI required to re-create period locations is solid enough to suspend disbelief. The costumes and little touches offer playful bits of visual information about the characters and their world.

But the biggest asset here remains the cast, all of whom look like they’re having an absolute blast playing around in this sandbox. Brown further proves her star power by showcasing new layers for Enola and offering up a richer and disarmingly funnier core performance. Few people can pull off the “protagonist constantly speaks direct to the audience” trope convincingly, but Brown’s expressiveness and effortless charisma makes it work. Cavill makes the most of his beefier role this time out, as do many familiar faces from the previous entry, including Helena Bonham Carter as Enola and Sherlock’s outlaw mother. David Thewlis also adds a bit of colour as one of the heroes’ primary antagonists, a strongarm investigator that sounds a lot like the actor’s character on Big Mouth come to life.

Unsurprisingly, Enola Holmes 2 leaves the door open for further instalments, and as long as the quality and advancement of the overall stories continues at or above this level, there should be a good amount of longevity to the premise. It’s not high art by any stretch, but it’s an honest crowd pleaser that knows precisely what it wants to accomplish and how to achieve those goals. It doesn’t leave a lot to say about things on a deeper level, nor does it have to. It will give younger viewers further adventures of a heroine worth rooting for, while reminding those of an older generation of the kinds of adventure tales they cherished during their youth. It’s a hard film to dislike. 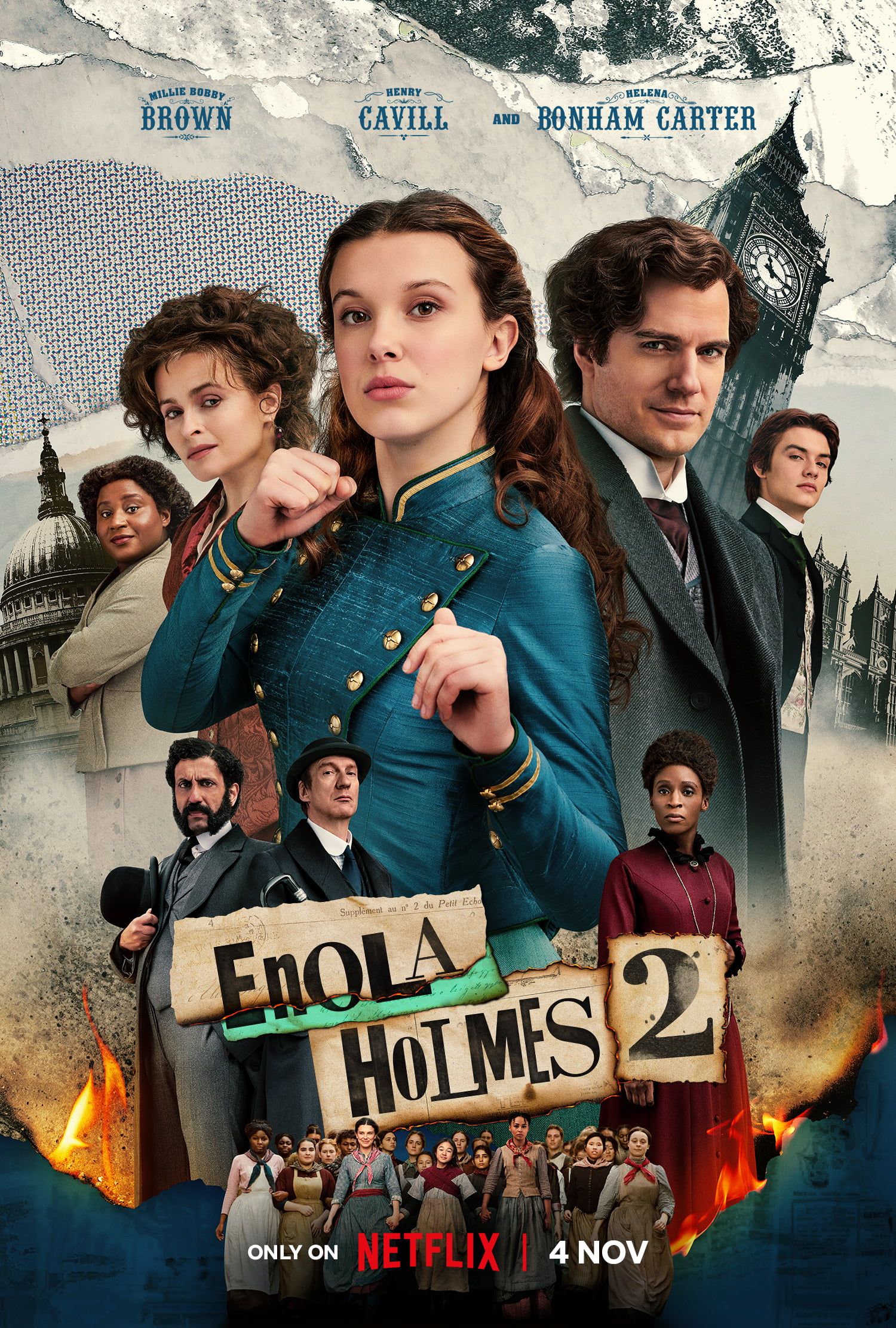