752 is Not a Number Review | A Deeply Personal Investigation 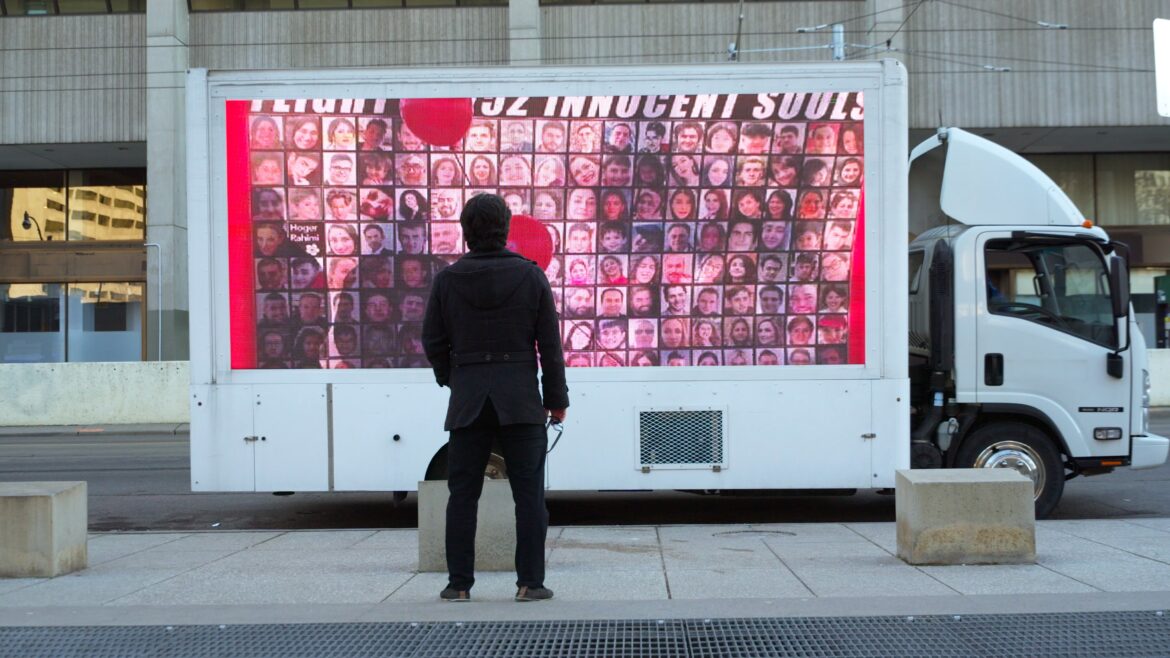 Babak Payami’s documentary 752 is Not a Number takes a global tragedy and gross miscarriage of justice and strips it past the open wound and down to the bone. It’s the story of a single grieving person who becomes an unlikely figurehead in a campaign to hold one of the most powerful countries in the world accountable for their actions, be they reckless or intentional. While several factors hold 752 is Not a Number back from being an exceptional documentary, those factors are largely beyond the control of Payami and his subject, adding a wholly believable added layer of frustration and sadness to an already soul crushing situation.

In the early morning hours of January 8, 2020 Ukrainian International Airways flight 752 from Tehran, Iran to Kyiv was shot down by a missile, killing all 176 passengers and crew members on board, including many Canadians. Included among the dead were the wife and nine year old daughter of Hamed Esmaeilion, an Iranian-Canadian dentist working in Aurora, Ontario. Hamed (who is also an aspiring novelist with several works that have been banned in Iran) finds a reason to keep on living in trying to hold the Iranian government and the Islamic Revolutionary Guard Corps – who fired the missile – accountable for their actions and for the truth to come out in a world court. Hamed becomes an unlikely spokesperson for families of the victims, wading through layers of governmental obfuscation, calls from anonymous sources, threats to his safety, and deafening walls of silence. Esmaeilion, like many, doesn’t want a monetary settlement. He wants justice and answers.

752 is Not a Number is at its most immediate and wrenching during the beginning and conclusion. Payami, an award winning filmmaker who turned out to be in the right place at the depressingly right time, is there with Esmaeilion from the start, capturing moments where the grief is freshest, most visceral, and hardest to watch. Watching Hamed returning to his office after time away to find an aging memorial on the steps is tough to watch, but offers up a great, early example of this person’s resolve and strength. He’s a person who uses his tears for fuel to fight the behemoths in his path. Similarly, the final thirty minutes of 752 is Not a Number brings everything else back down to earth, offering up a poignant tribute to what was lost by this senseless act of violence.

It’s everything else in the middle of 752 is Not a Number that doesn’t work quite as well as the sequences that bookend the film. Payami shoots 752 is Not a Number much like a news magazine investigation, which isn’t very cinematic to watch, but probably a necessary byproduct of just how quietly Hamed has to approach some of the people he talks with along the course of his crusade. There’s some suspense here and there, but most of the film deals with the unravelling of diplomatic red tape, with some of it coming from a Canadian government that isn’t pursuing the issue of some of its citizens dying as hard as it should. 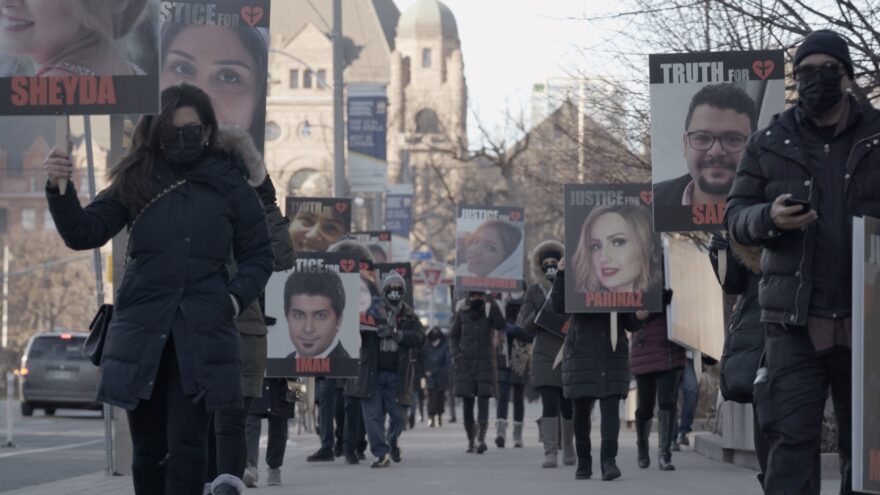 It’s also a messy situation that could benefit greatly from some additional context beyond Esmaeilion’s experiences, which is in short supply throughout 752 is Not a Number. With the COVID pandemic and war in Ukraine throwing wrenches into Hamed’s already insurmountable tasks, a lot of the film is spent in a holding pattern of frustration. The viewer and Payami clearly share in that frustration, but in that void there’s a chance to add layers to this narrative. The rigidly personal approach being adopted by Payami is commendable and offers some brilliant moments, but one wonders what would be if 752 is Not a Number was allowed some more room to breathe and grow, especially when one considers that there are still lots of unanswered questions surrounding the incident.

But for at least two-thirds of its running time, 752 is Not a Number is compelling viewing and a way to keep pressure on the subject at hand. A lot of the shortcomings of the documentary are not the fault of the filmmaker or subject, so it’s hard to really hold them against the film itself. As a means of continuing one man’s tireless quest for truth and accountability, it works.

752 is Not a Number opens at Cineplex Empress Walk in Toronto on Friday, December 9, 2022. It expands to additional Canadian cities in the coming weeks. 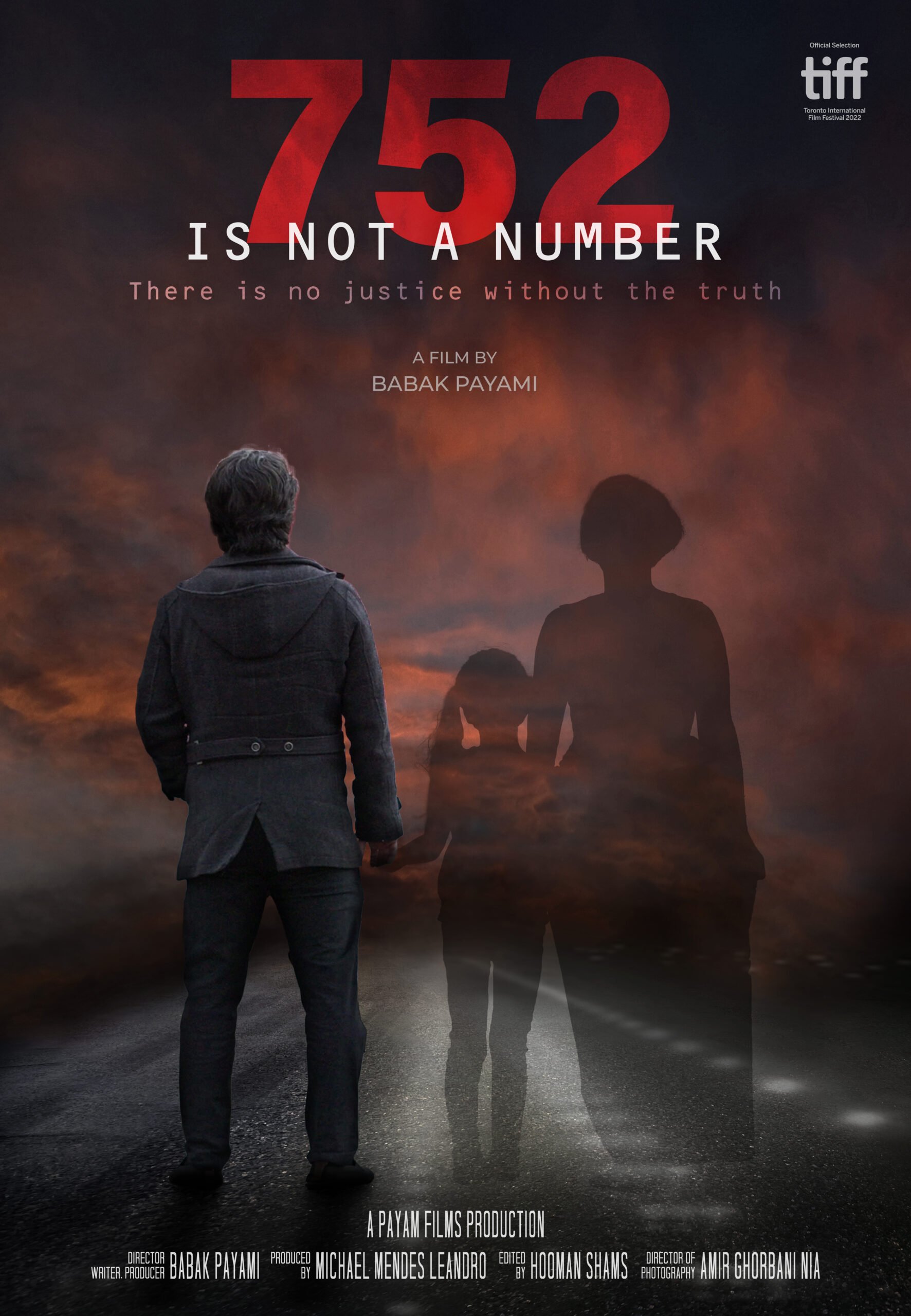