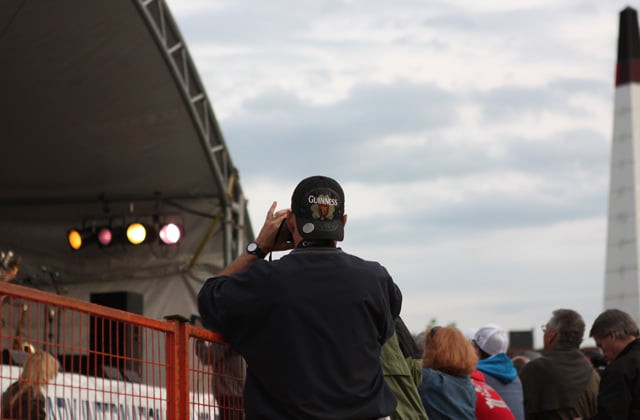 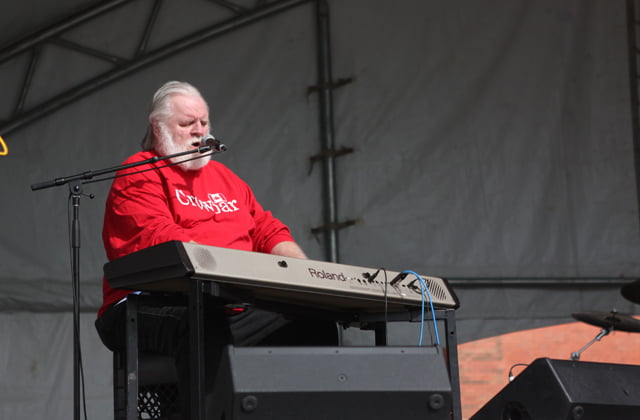 Amos Garrett is among the top blues guitarists in Canada. He is a Juno Award winner and has played with over 150 different artists including Ian Tyson, Stevie Wonder, Emmylou Harris, Bonnie Raitt and Anne Murray. Backed by a trio made up of piano, drums and saxophone Garrett presented the crowd with his excellent jazzy blues and lots of versions of blues classics. 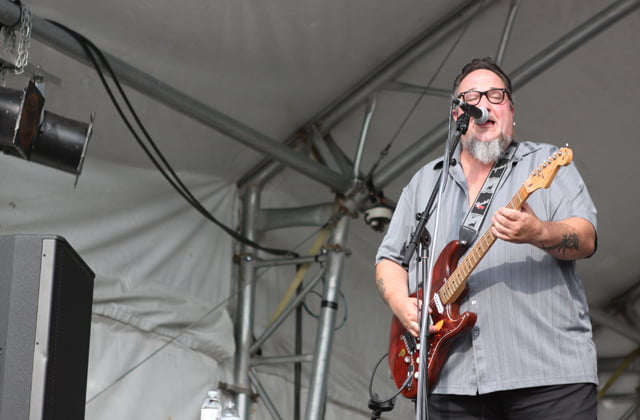 Poppa Dawg were called in at the last minute to fill in for the Bart Walker Band who were unable to make it. Hailing from Kelowna (where we assured that they are famous) Poppa Dawg put on a superb show well worth the drive. Their lyrics had a country feel to them including a song written for the lead singer’s ex-wife called “I Ain’t Complaining, I’m Just Explaining,” although failed marriages make good material for a blues singer. With a good vocal range and superb bass lines Poppa Dawg were my favourite act of the night. 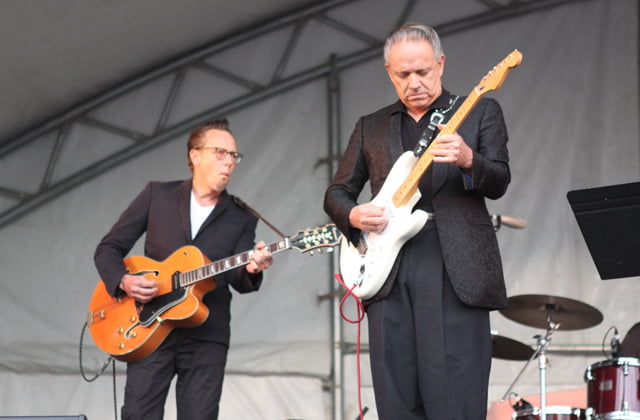 Jimmie Vaughan is probably the biggest name in this year’s line-up. He comes complete with a radio station sponsoring his slot. The crowd jolted to life as he took the stage transformed from subdued sitting on the grass to crowding the front of the mainstage. The man is a blues legend for good reason and clearly knows his way around a guitar. Dressed all in black with a white Stratocaster he also looks the part. The horns in his backing band were the icing on the cake.