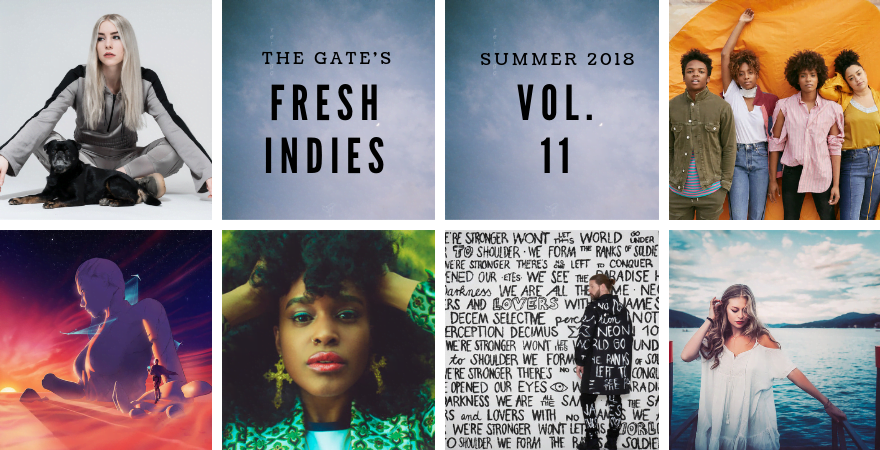 Summer ends this week, but that doesn’t mean we can’t have one last celebration for some of the best indie songs from the season. We’re getting back into music this week with Shy Martin, The New Respects, Color Theory, Iris Gold, Rea Garvey, and ZOË.

Shy Martin’s “Forget To Forget” is short and sweet, and it’s all about Martin’s sweet, silky vocals, and that fantastic, relaxed beat. Martin’s style is beautifully simple, and powerful.

Swedish pop singer Shy Martin has earned more than 20 million streams between just a few singles, with a reach that can be heard across North America and Europe. The Stockholm-based songwriter has also worked extensively, penning hits for The Chainsmokers, Kygo & Ellie Goulding, and Bebe Rexha, to name a few.

“Freedom” is raw, old-school inspired rock meets modern indie and soul, fire, with a bluesy heart. The New Respects blew me away with this killer track, and I’ll be listening to it on repeat for the fall too.

The New Respects are also more than a band; they’re family too: twins Zandy and Lexi Fitzgerald, brother Darius, and cousin Jasmine Mullen. They were also named one of Rolling Stone’s “10 New Artists You Need to Know”, and just released their debut album, Before The Sun Goes Down.

Catch them on tour in the southern US in October, including Tuscaloosa, AL; Baton Rouge, LA; San Antonio, TX; and Fort Collins and Colorado Springs, CO.

Color Theory – “The Fifth of July”

“The Fifth of July” is seriously retro, and it’s a seriously fantastic single that feels like it might have been ripped from an 80s movie.

From Brian Hazard’s delicious vocals, to the twinking keyboards, and the saxophone solo, “The Fifth of July” could have come out 30 years ago, but it’s still a thoroughly modern pop single that’s also sad and a bit forlorn.

“This song is about the morning after, when spirits are low, fuses are short, and patriotism has returned to baseline levels,” Hazard said. “The streets are covered in black powder and shredded paper, and the smell of sulphur lingers in the air. Listen closely and you’ll hear fireworks burst on every fourth hit of the snare drum.”

Just listen to this song. Iris Gold’s “Roll It Out” is an ear-catchingly perfect pop and soul mashup that’s bright and glorious. The song sticks in your eardrums, and demands to be played again and again, lit on fire by Gold’s shimmering vocals, and a beat that is at once old-school, and modern.

Gold described the hip hop track as “the one tune you put on when you roll out with your crew with the top down, shades on and just feeling fly.”

“It’s about letting go and starting over fresh. About living your life to the max. Rolling out life like a movie and trying to make it a smash, a blockbuster… Life just keeps rolling and you gotta just move with it.”

“Time stands still for no one, so get up off your knees.” Rea Garvey‘s “Is It Love?” is a fighting song for the lovers who have been trod on, and the Irish singer and songwriter drops serious pop sensibilities into this rock track, all while raising a flag to his adopted home in Germany. The song is inspiring, thanks to the marching beat and the bitter tale, and Garvey’s strong vocals.

“I did wonder to myself,” Garvey admitted, “‘Damn, I’m singing the words LOVE and BEAUTIFUL again, am I just being lazy in repeating myself.’ I was afraid the words would lose their sincerity through overuse, but it’s also important to say what you want to say without mincing your words.”

Singer and actress ZOË hails from Vienna, Austria, but her single “Heartbreaker” has the charming pop stylings of an international hit.

The single is sweet, charming, and a lot of fun, and ZOË’s vocals are beautifully silky. She sings like an angel, and based on her previous album that went gold, it’s easy to imagine that her star is on the rise.

Stay tuned for our latest volume of Fresh Indies and send us your music on SubmitHub.