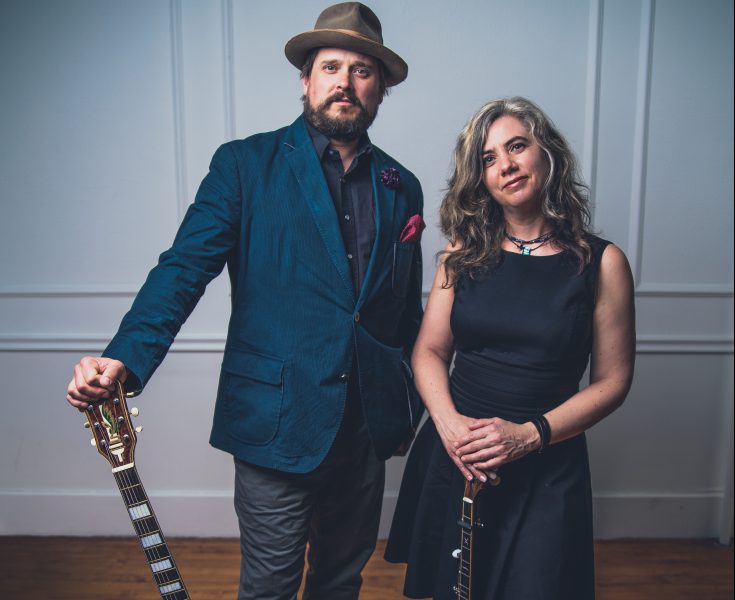 Cara Luft and JD Edwards are a folk dream team, and together as The Small Glories, they have a knack for bright, soulful, and incredibly catchy singles, like their latest, “Oh My Love”.

“It’s our happiest sounding broken-hearted love song,” Luft said of the single. “It’s a theme we are all familiar with, when we give our heart over to another and the feeling is either not reciprocal, or the timing is off, or we misread the signs.”

“We’re folk singers, we try to write stuff that people can relate to,” JD Edwards added.

For their new album, Assiniboine & The Red, the duo worked to create a sense of home, and worked with former collaborators for the production.

“I remember being very excited about this collection of songs and getting to record them at home in Winnipeg,” Edwards says. “I was so glad to hear that Gilles Fournier (bass) and Mark Mariash (percussion/drums) agreed to come back and record another album with us. Getting the band back together along with Neil Osborne at the helm had my mind thinking of how we were going to be taking these songs to places we had never dreamed of going.”

Catch The Small Glories on tour across Canada, including September 27 at the New Moon Folk Club in Edmonton, AB; September 28 at Bow Valley Music Club in Calgary, AB; October 3 at Center Stage Series in Fort Macleod, AB; October 5 at Key City Theatre, Cranbrook, BC; and October 10 at the Vancouver Island MusicFest, Cumberland, BC.

The Small Glories’ new album, Assiniboine & The Red, is out now on Red House Records.