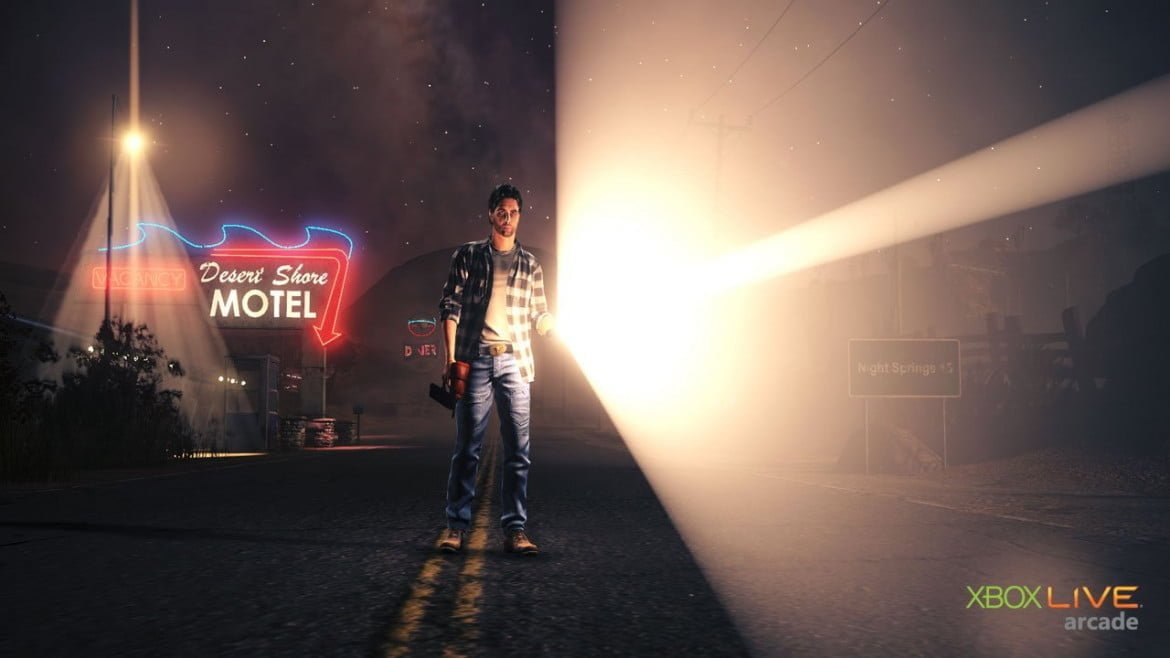 Starting on Wednesday, February 15, and running until March 7, Xbox Live Arcade will be launching a new downloadable title every week as part of their House Party promotion that will include games from Electronic Arts, Microsoft Studios, THQ and Ubisoft.

As part of the promotion, anyone who downloads all four of the games before March 13 will receive 800 Microsoft Points.

Warp (Electronic Arts)
February 15 | 800 Microsoft Points | M17+
Play as Zero, a lovable-yet-lethal orange alien with a big score to settle in this puzzle-based stealth action game! Captured by the villainous Commander and imprisoned in his underwater facility, Zero must plan his ultimate escape using his arsenal of alien abilities — warp, frag, echo, swap and launch.

Alan Wake’s American Nightmare (Microsoft Studios)
February 22 | 1200 Microsoft Points | Teen
Can you survive until sunrise? In this brand-new stand-alone experience, Alan Wake fights the herald of darkness, the evil Mr. Scratch. A thrilling new storyline, hordes of creepy enemies, serious firepower and beautiful Arizona locations combined with a fun and challenging new game mode, make this a must for Alan Wake veterans and the perfect jumping-on point for new players.

Nexuiz (THQ)
February 29 | 800 Microsoft Points | Teen
For centuries, the Kavussari and the Forsellians have waged war. They have a fragile truce but, because of their seething disgust of each other, still pit warriors against each other in arenas rather than on the fields of war. These episodes of lethal combat are broadcast throughout the galaxy as entertainment – a spectacle known as The Nexuiz Competition – an arena-based first-person shooter where you can alter the rules of the match and the laws of physics while dominating opponents in ever-changing hostile environments.

I Am Alive (Ubisoft)
March 7 | 1200 Microsoft Points | M17+
One year after a worldwide cataclysmic event wiped out most of human civilization, a man struggles for survival. Faced with an insecure, decaying and hazardous world, he scours a desolated city, searching for his long-lost wife and daughter. Survive the suffocating, murky streets covered in dust. Climb the teetering remains of last-standing skyscrapers to reach breathable air and find untouched resources. Explore the crumbling ruins of a once-thriving metropolis. Discover a changed human condition, punctuated by distrustful survivors, dangerous armed gangs and victims in need.