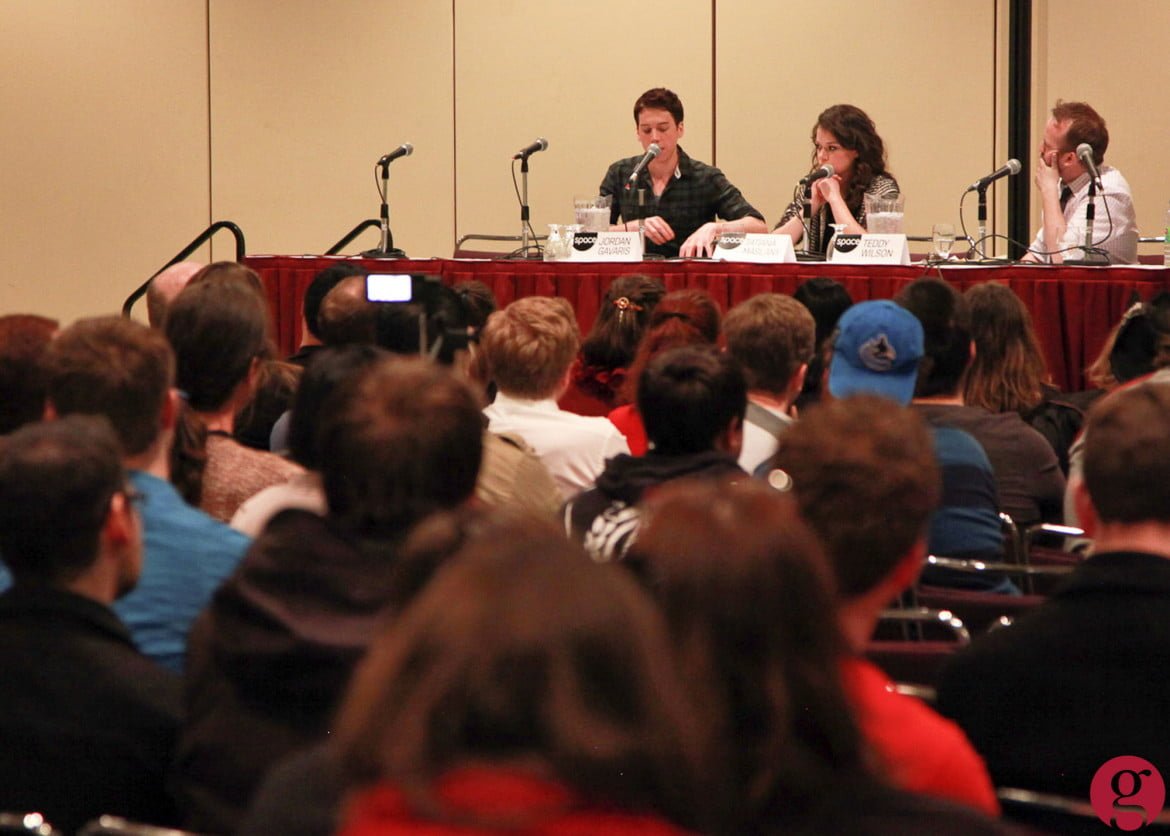 The series may not be on the air yet, but people are already getting excited about Orphan Black, Space and BBC America’s upcoming series.

Ahead of the series debut on Space Saturday, March 30, Orphan Black stars Tatiana Maslany and Jordan Gavaris stopped by Toronto ComiCon last weekend to talk with InnerSpace host Teddy Wilson about the show, their characters, and what it took to make the dark drama, which follows Maslany as a woman who discovers she may in fact be a clone.

While Maslany discussed playing opposite herself throughout the first season, and how the two actors bring their characters to life, Gavaris gave some insight into the show’s intricate storyline, the overall theme, and how he sometimes whiled away the time between takes.

Gavaris went on to say that the creators, John Fawcett and Graeme Manson, “bend” the science fiction genre rules. When speaking with him backstage, he also said that, while the story may start out about clones, there is “something deeper” going on that will draw fans in.


Watch the interview backstage with Tatiana Maslany and Jordan Gavaris: 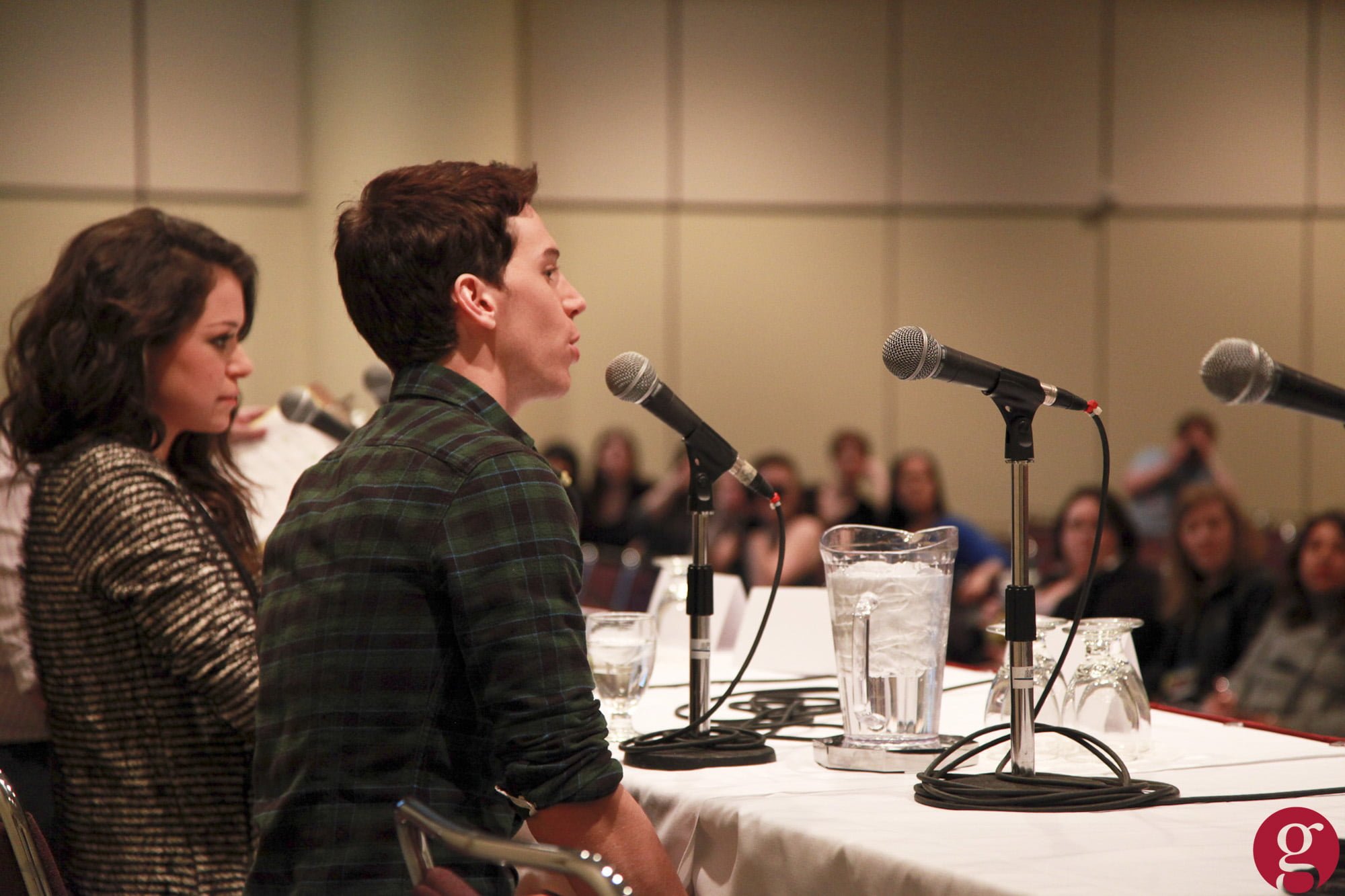 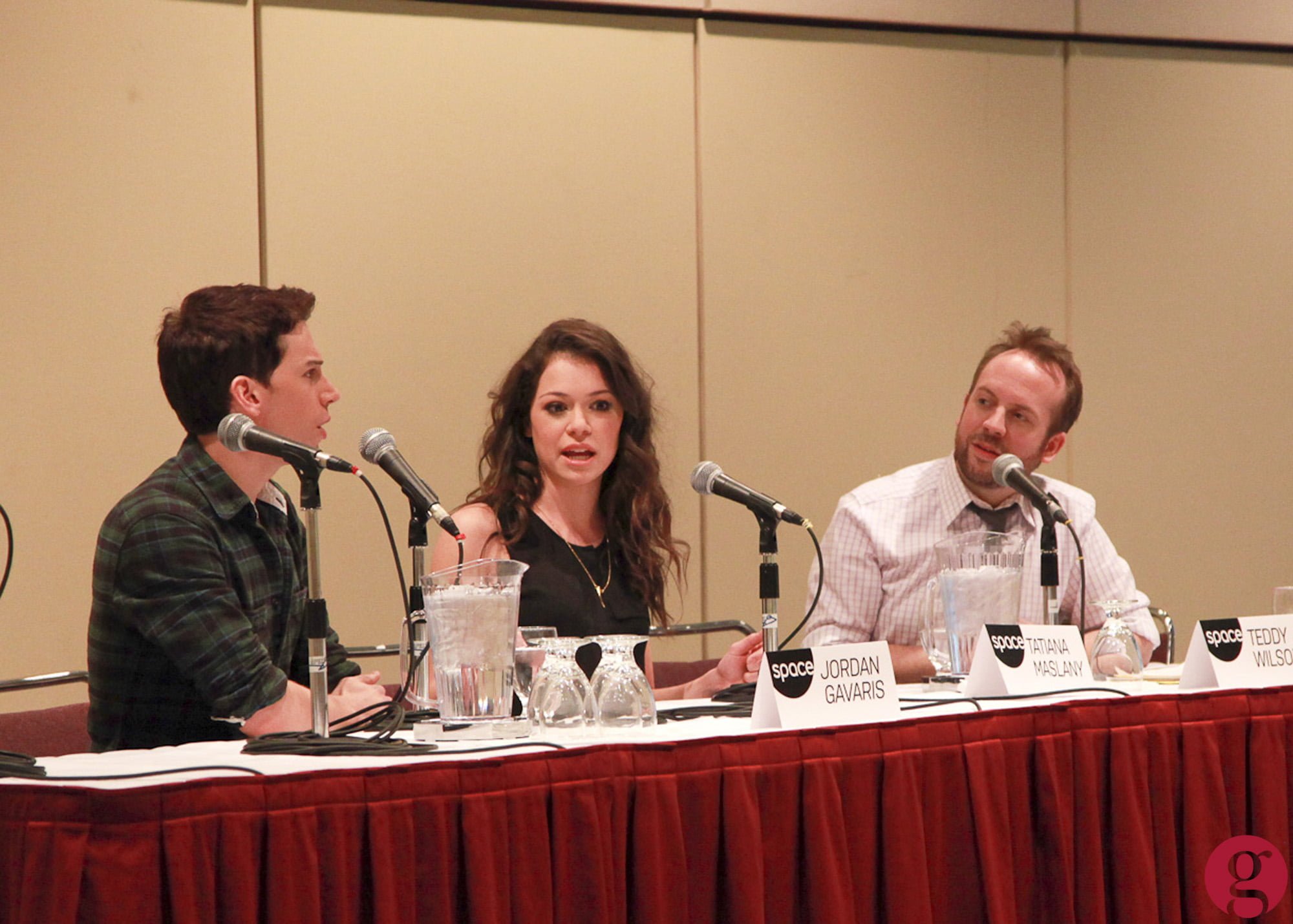 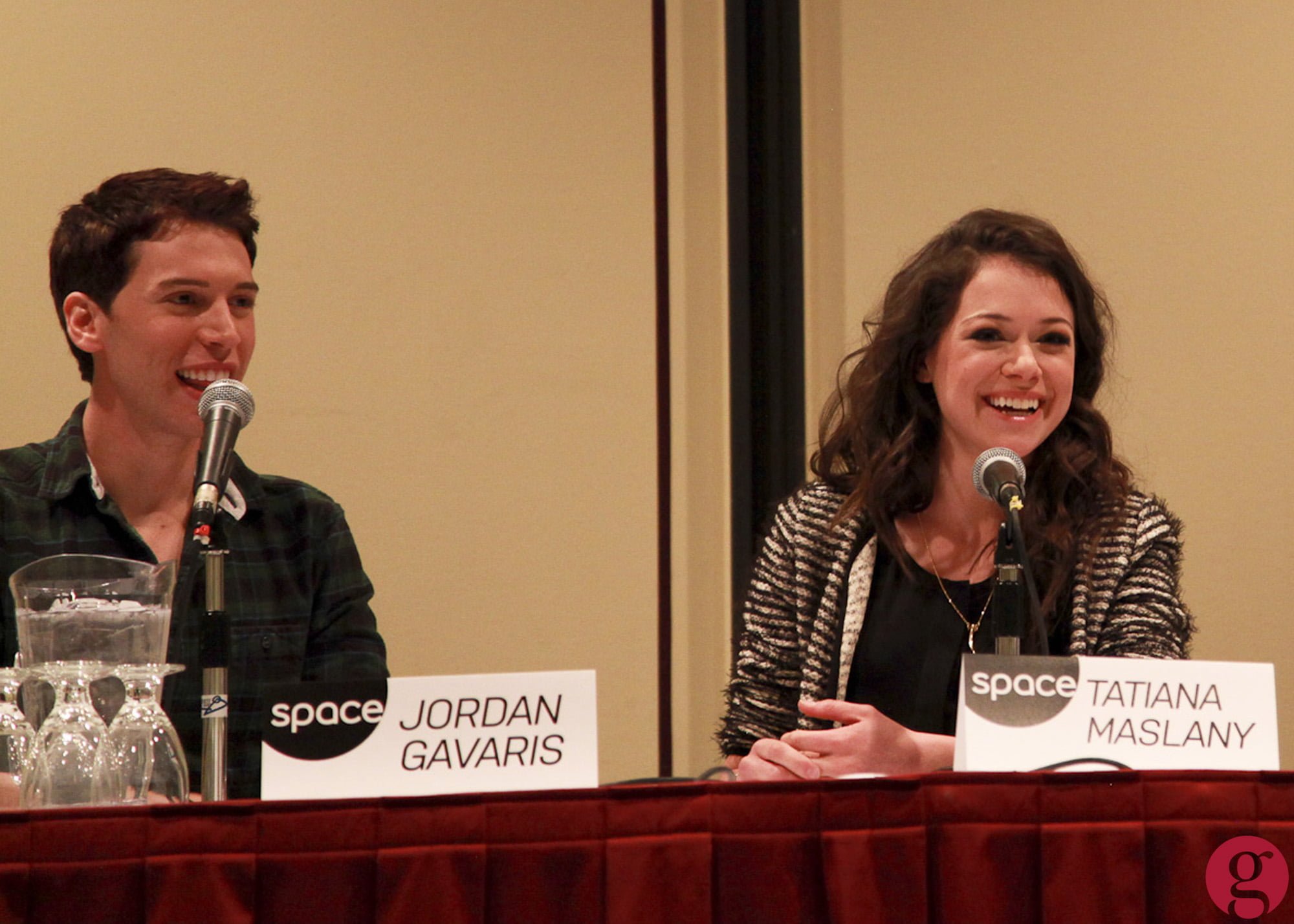 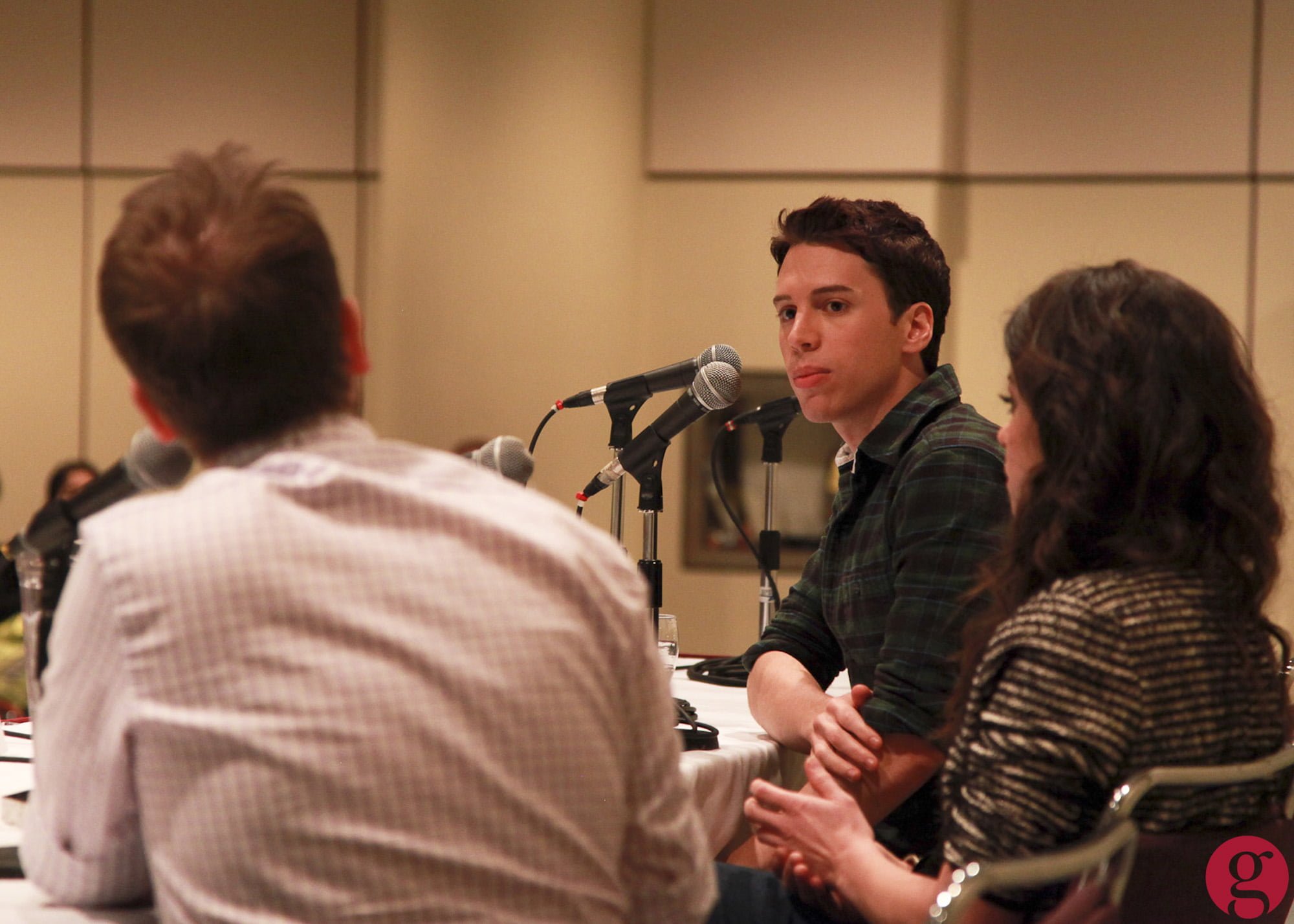 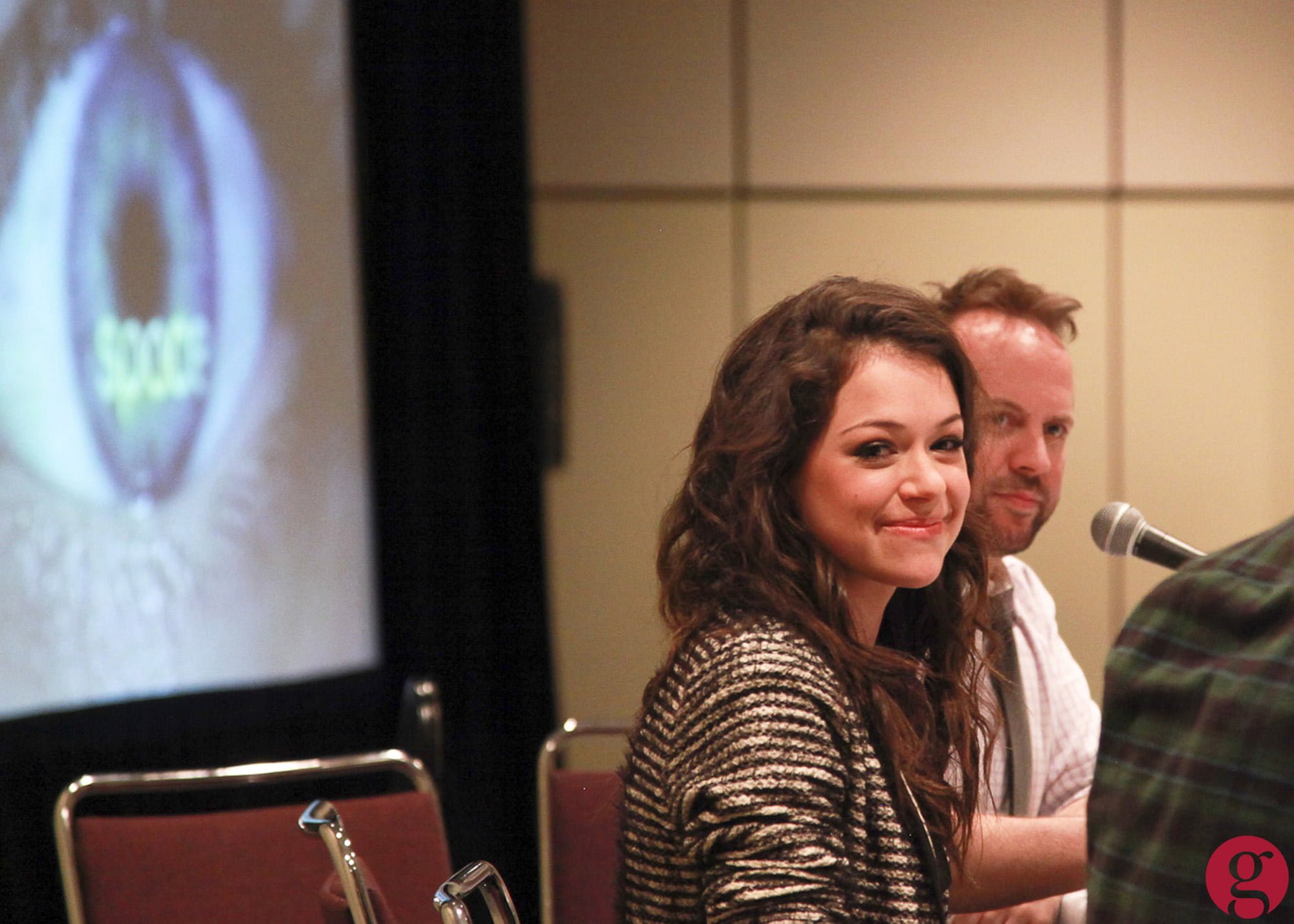 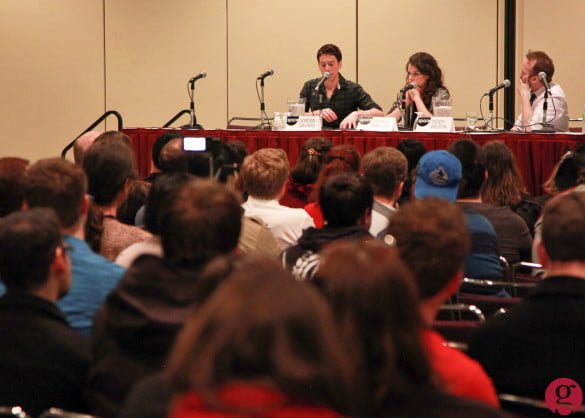 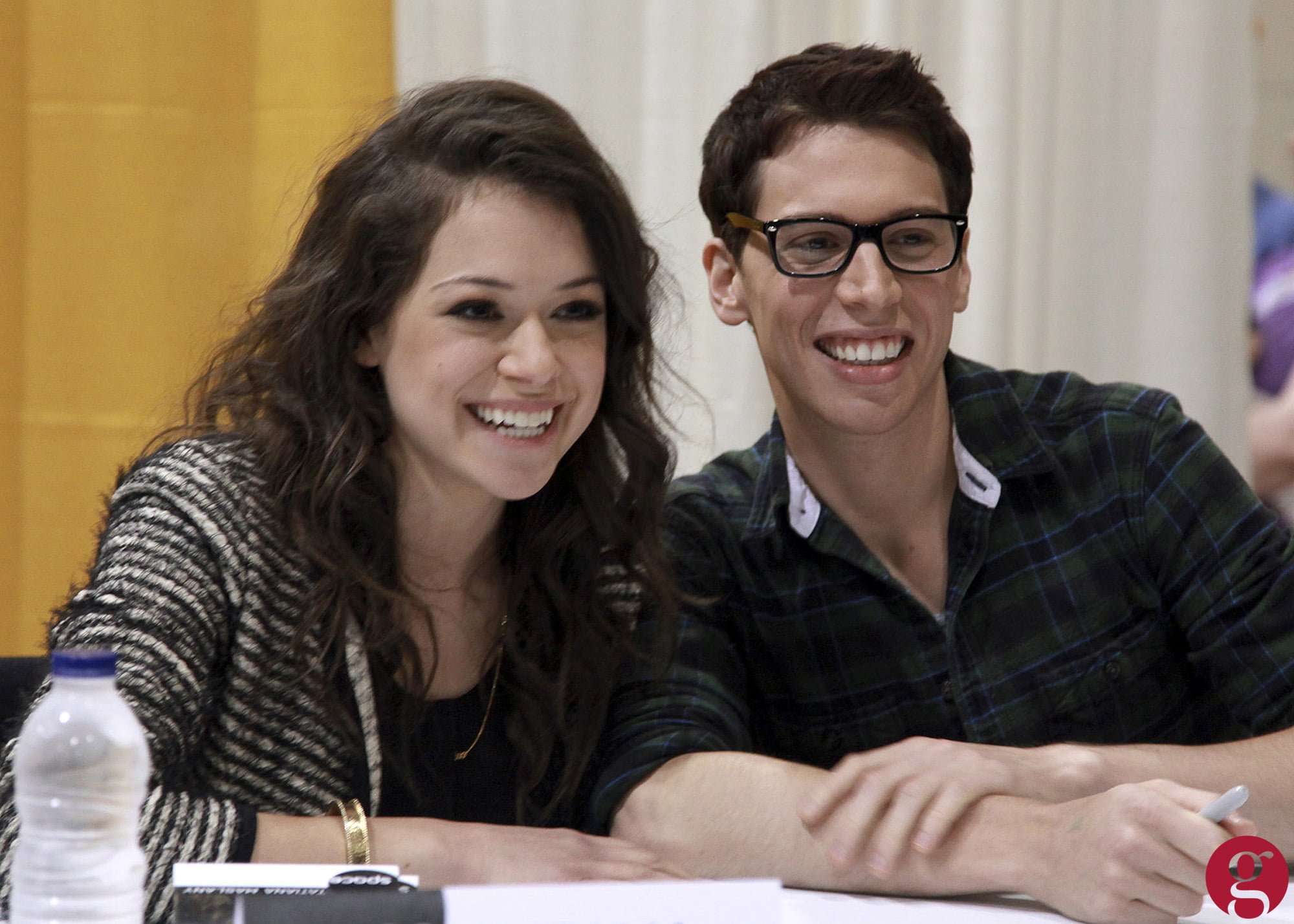