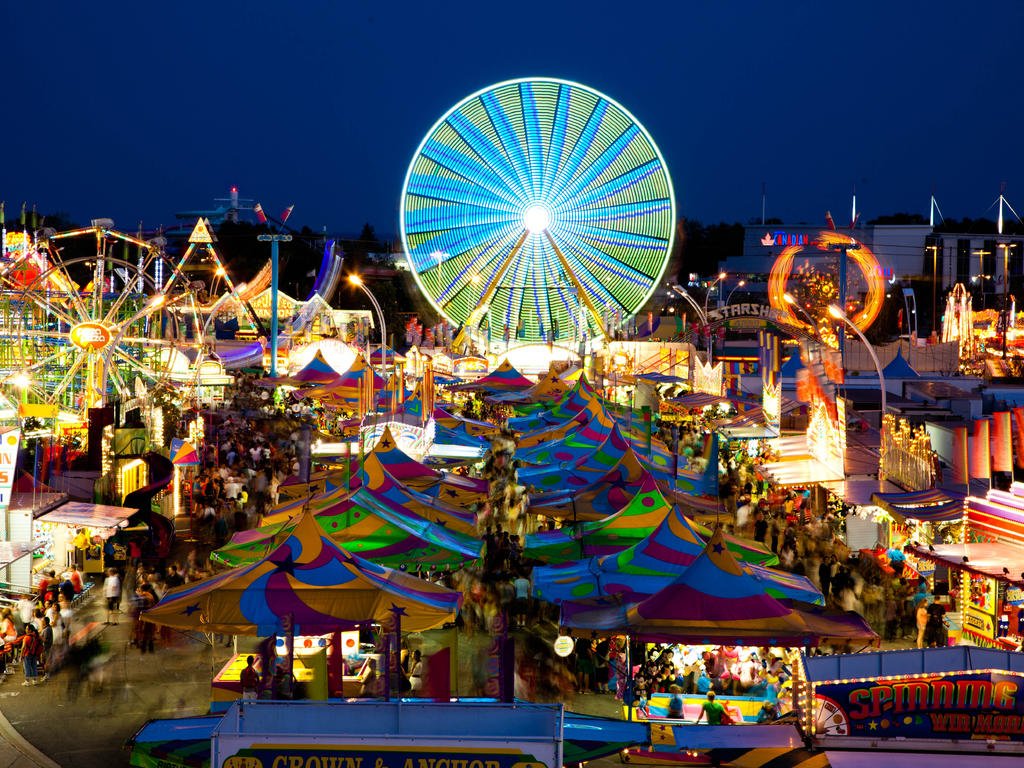 I don’t know about you, but I felt like we went through one of Toronto’s worst springs this year, but the arrival of a summer where it’s not blazing hot already has me feeling pretty optimistic about the next couple of months.

That means that, among all the events that I will cover this summer, I’m trying to jam-pack the season with everything I like to do in Toronto when it’s nice out.

Essentially, my wife and I have a top 10 list we turn to each summer, and as soon as it’s nice enough, we start planning the little trips within the city, and the ones that take us around Southern Ontario too.

Bigger trips are always on our mind, but these are kind of our go-to adventures that don’t cost a lot, but always make us feel like we’re making the most of this big, awesome city.

When I can, I love getting down to St. Lawrence Market to buy snacks or bread, or random fresh stuff like meat or cheese. This is one of those quicker things that I love to do every so often, and it’s also a must-visit around Christmas too.

High Park, Queen Street West (west of John Street), Bloor Street West (between Jane and Runnymede), and Roncesvalles are also places I tend to visit a few times a year, either randomly, or because I just miss the area–especially since I used to live in Roncey.

The big, summer trips though are treated almost like planned vacations. We make a list, pick our days, and plan out what time we’re going and what we want to do.

At the top of the list are the Toronto Islands, and especially Centreville. Aisha and I walk around, have lunch at the Carousel Café, and play a few games and eat a few treats (one year we also had our engagement photos shot there). This year the trip will be a little bigger for us though since it will be our daughter’s first trip. She can’t do a lot yet, but we’re still pretty excited.

The Beaches (I will never call it “The Beach”) and Queen Street East are also a lot of fun. I love having brunch at Beacher Cafe and Lion on the Beach, and then we usually walk along and shop or just walk along the waterfront before we take the amazing long ride back on the Queen Street streetcar.

And then there’s the Canadian National Exhibition in August. The Ex is practically a religious tradition for Aisha and I. Even last year, when our daughter was only a couple of weeks old, we made sure we all went to The Ex for a few hours to walk around, and take it all in. Most years we make sure we go four or five times before the end. Between the rides, the stuff for sale, and the food, it’s our favorite way to really say goodbye to summer.

Finally, there’s the new Ripleys Aquarium, the Royal Ontario Museum, Art Gallery of Ontario, and of course, the Toronto Zoo. We would have memberships to all of them if we could, but as it is we visit once in a while to take in new exhibits, critters, and whatever might be new.

We also like to go camping at Ontario Parks, but we likely won’t make it this year since our little girl is a bit too young for camping, at least for us.

What do you think of our list? I’d love to hear about other people’s traditions. Since there’s so much to do in Toronto, it seems like the lists are fairly limitless, especially since I didn’t even talk about any of the festivals.