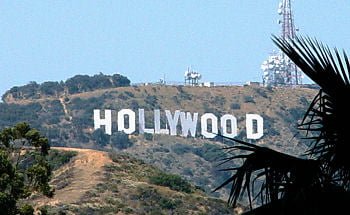 There’s some big entertainment news today, and for once it doesn’t have anything to do with celebrities gone wild or the latest comic book adaptation coming to cinemas. For anyone who watches TV or goes to the movies, it’s also bound to affect you almost immediately.

Starting today the Writers Guild of America has launched their 12,000 members into strike action, and that means that the writers behind everything from sitcoms to talk shows and movies won’t be headed in to work.

At issue for the writers is the way they get paid for the work they do. In particular, writers want their new contract to reflect the income earned from Internet downloads, which is increasingly drawing more and more viewers. Since a number of years pass between negotiations, even a small increase will work out to millions of dollars in possible pay over a few years for the union.

So what will the strike mean to you? In the short term, late-night television is the first to feel the squeeze, with almost every program already announcing re-runs. Some of the affected shows that have already turned to repeats include The Tonight Show With Jay Leno, Saturday Night Live and The Daily Show With Jon Stewart, just to name a few.

Over a few months, an extended strike could eventually affect regular TV sitcoms and dramas. Once all the available scripts are used up, it’s only a matter of time before shows like Heroes, and Grey’s Anatomy run out of episodes to shoot. According to news out today in the mass media, the sitcom Two and a Half Men has already shut down for the strike. Likewise, the six-episode spin-off Heroes: Origins has been postponed.

About the only shows that won’t be affected by the strike are unscripted daytime series like Live with Regis and Kelly and The View, reality shows, or any programs that use non-union workers.

After television, the next victim of the strike will be the film industry. Anything that’s already started filming will go ahead as planned, but for any films that haven’t finalized a script, everything will shut down. That means that for the next six months or so you probably won’t even notice a change at the cinema, but if the strike were to last long enough, you could see a drying up of box-office fodder for Spring and Summer 2008.

Now I bet you’re asking yourself, what about those writers who aren’t part of the union? In most cases they could get hired while the strike runs, but for television it’s not always a viable option depending on agreements with the union. On the other hand, filmmakers have a bit more leeway and you could actually see a few A-list stars appearing in non-union, independent films over the next few months, but again it all depends on the production.

Of course, Hollywood entertainment is a big business so you also might ask how long a strike can really last? The last strike was back in 1988 and at that point the writers were on strike for a total of 22 weeks, which delayed the launch of that year’s fall TV season and cost the industry an estimated $500 million in lost revenue.

Personally, I’m pretty torn. As an entertainment writer I want the strike over before everything goes into reruns, but as a writer who wishes he was writing scripts, I obviously also want the writers to get the right deal. Looking at most of the shows and movies out there, it’s pretty obvious that you can’t make a hit without great writers.