Sled Island, one of Calgary’s best music festivals, has begun. It features over 250 bands in over 30 venues over the course of five days. Before things officially get underway, a kick-off party was in order.

Sled Island’s Kick-Off party took place at Commonwealth, a bar I’d never been to before. It was a good choice for of location. The bar was clearly designed for live music with one stage upstairs and on downstairs. The other upside of having acts performing staggered sets on two stages was that there was no downtime during sound check; you just moved to the other stage. 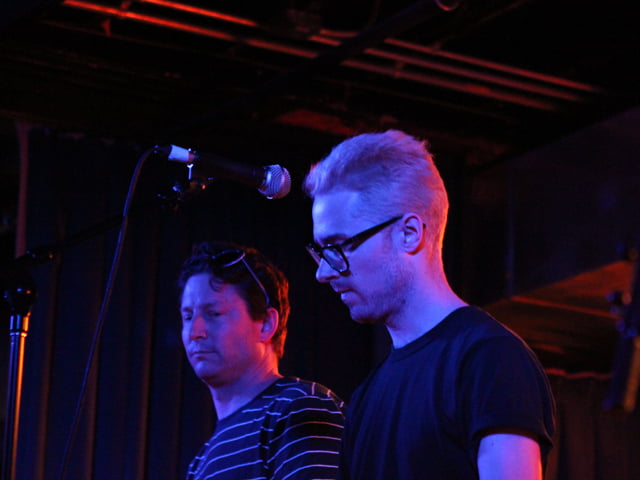 Calgary-based Teledrome were the first act to take to the stage. Their synth-punk sounds like what you would get if you cross Buffy the Vampire Slayer with Devo. It is the future as imagined by shows like The Jetsons combined with the sounds of the ’80s but slightly more sinister.

The crowd was still a little thin at this point in the night but those who were around enjoyed what they found, bobbing their heads as the synths did their work. Teledrome were a fitting act to kick off festivities for Sled Island. With 250 bands from a wide range of genres you can walk into a show and find just about anything. 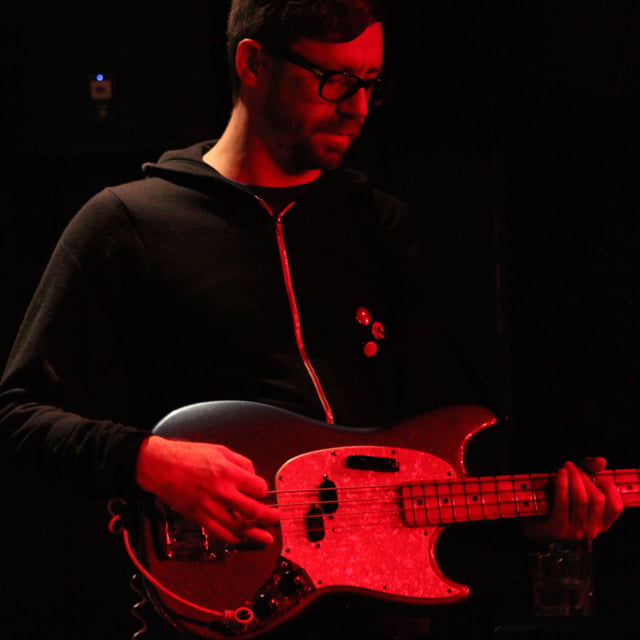 Gold are another Calgary-based band whose members have more than their fair share of experience. Composed of Kaelen Ohm (Shrapnelles), Rena Kozak (Shematomas), Matthew Swann (Exra Happy Ghost, Astral Swans) and Chris Badge. Ohm and Kozak make a formidable pair with their strong female vocal harmonies. This is combined with reverb-laden guitar and bass that creates a sound of dreamy pop. Gold left me with the impression that beneath the effect pedals every note and sound was carefully chosen. It all contributed to the greater whole, building nothing less than beautiful music. 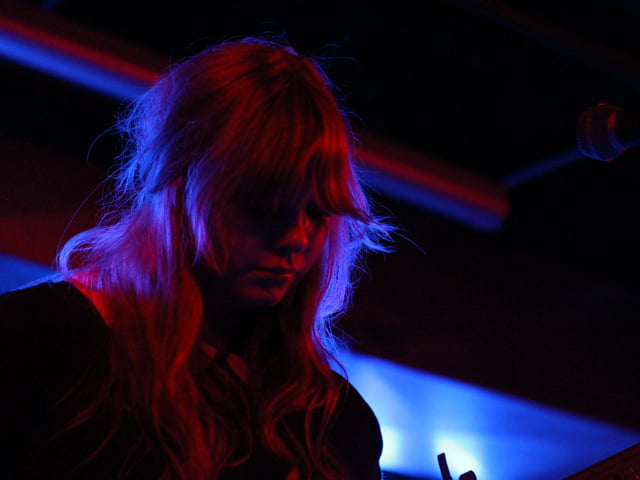 Smith’s set began with a misplaced bassist (who was eventually located). Samatha Savage Smith is a darling of the Calgary music community known for her vintage musical style that is part melodies, part song-writing, and part her strong voice. In a black dress with knee high black socks and long hair her looks matched her vintage sound. She is a striking figure up on stage with a commanding presence and an even more commanding voice. 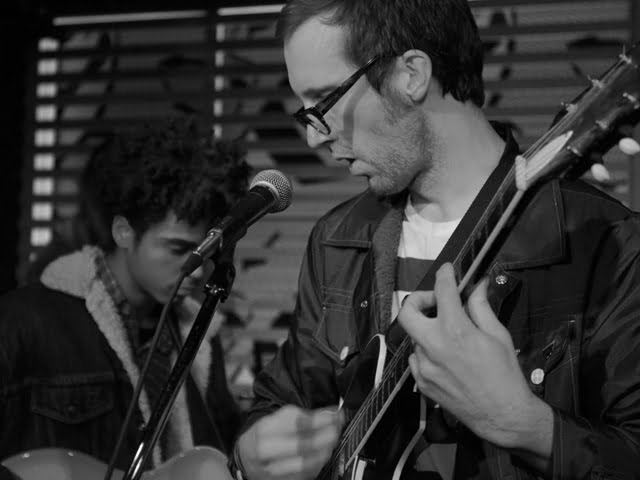 The Gooeys made for a packed stage downstairs, but they didn’t seem to mind. The Gooeys are playful and fun dominated by layers of keyboard and bass. This is the sound of a band that is at times nerdy, sinister, futuristic and that doesn’t take itself too seriously. Frontman Craig Storm is engaging with head-titled singing, and methodical and precise strumming. It is both dorky and charming at the same time, much like the rest of the band. 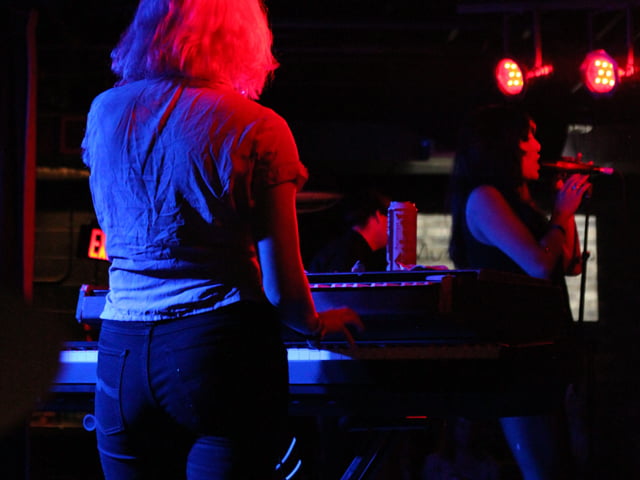 The first band of the night not to come from Calgary, Chains of Love, played to a packed crowd. Their garage music lacked the musicality of earlier bands (especially Gold), though they did not lack for showmanship. Nathalia Pizzarro takes playing the tambourine to a whole new level, making it into an integral part of the performance.