The second day of the Calgary International Blues Festival, on July 30, brought another batch of three excellent mainstage acts. Despite repeatedly threatening to rain, the skies stayed clear. The night began with some blues based music that dipped into various other genres including funk and rock, followed by beach inspired blues, rounded out with some excellent Motown. 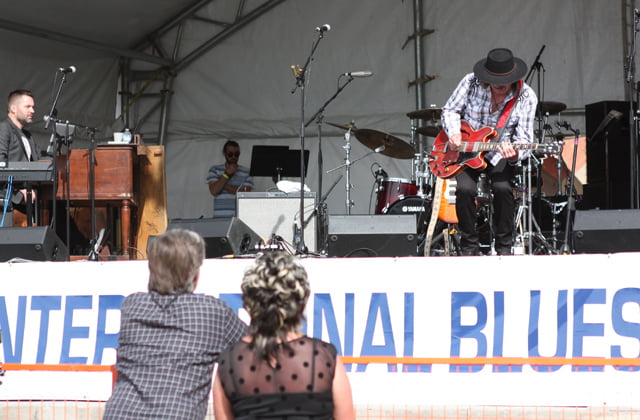 Matt Minglewood is known as a dynamic musician who borrows widely from all sorts of genres. He is blues but he is also funk, rock and protest ballads. As a result his set was fresh with each song bringing something slightly new and with a wider appeal than some of the purer blues acts at the festival. The high point of the set came near the beginning when Minglewood and company played a folk sounding song about the economic blues of the Atlantic provinces caused by the collapse of the fisheries and the mining industry. 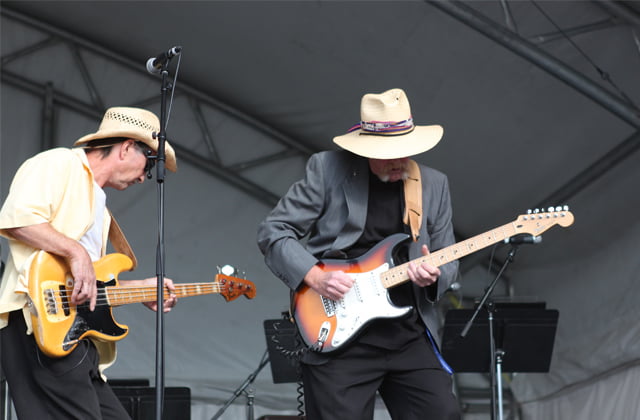 Fittingly David Raitt and the Baja Boogie Band have a light up palm tree on the side of the stage as they play. David Raitt comes from a musical family which includes his father John and his sister Bonnie Raitt. Raitt encountered the Baja Boogie Band because they are neighbours in Baja, Mexico. They decided to jam together and are now four tours into the partnership. This geographic location has a strong influence on their music, which sounds a lot like what you would get if you mixed a sunshine oasis with the blues. 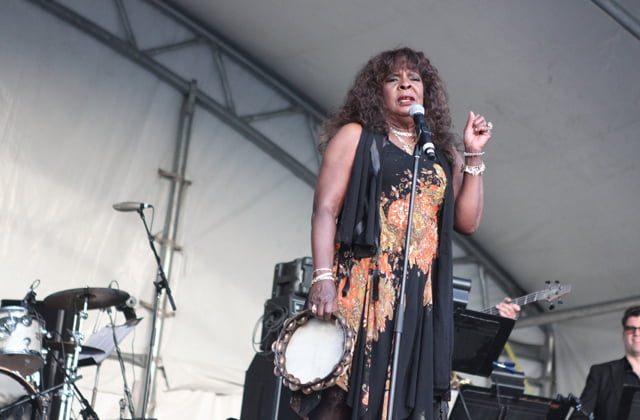 Did somebody say Motown legends? Martha Reeves and her sisters have voices straight off your parents old records (and a few billboard hits they can brag about as well). They’re exactly what you hope to hear when you turn on CKUA or any other independent radio station when you’re driving home around dusk. They’ve been around for 50 years and they’re no worse for wear. By the end of the set I’m wishing this was a Motown festival.