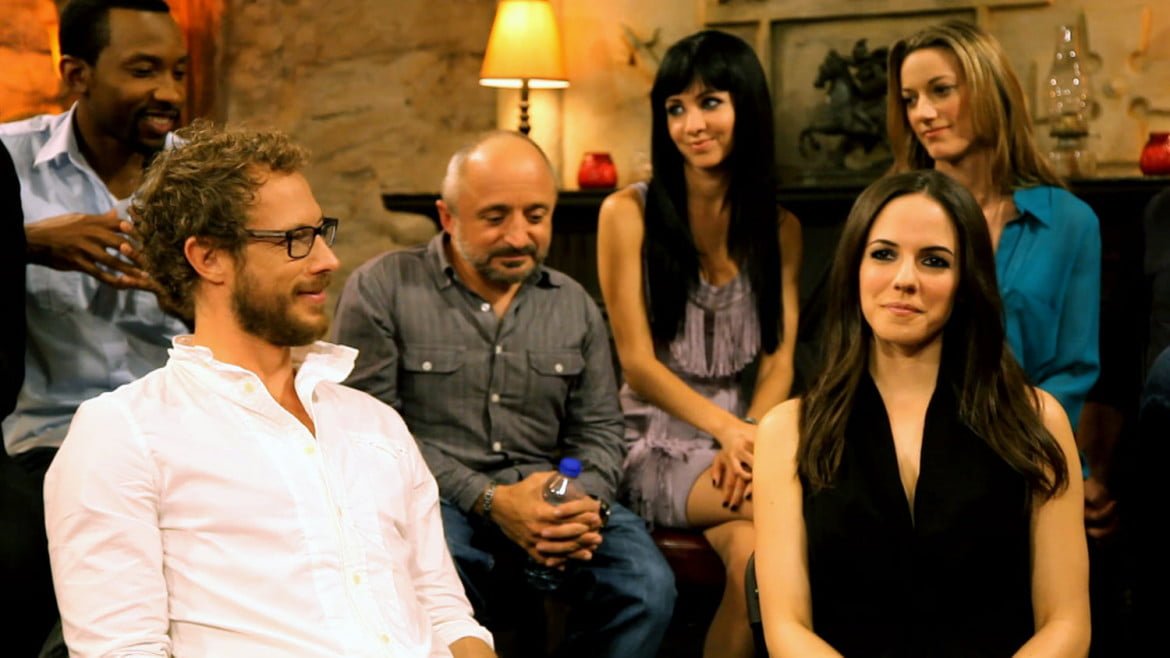 After fans had left the set of Lost Girl in Toronto on March 25, following filming of the special Lost Girl Pre-Show, a small group of media were treated to an interview with the cast of the show–plus executive producer Jay Firestone–to get more detail about the second season ahead of the finale.

As crew struck the set, taking down the additional elements that had been put together for the Pre-Show, stars Anna Silk, Kris Holden-Ried, Paul Amos, K.C. Collins, Richard Howland, Ksenia Solo, and Zoie Palmer talked about some of their thoughts on the series in a rare group interview.

Here’s what the cast had to say, including their thoughts on the show’s following around the world, some of the plans already in the works for an appearance at the San Diego Comic-Con, and how Firestone originally worked to promote the show.


The Lost Girl Pre-Show airs this Sunday, April 1 on Showcase in Canada, followed by the season two finale at 9:00 PM.